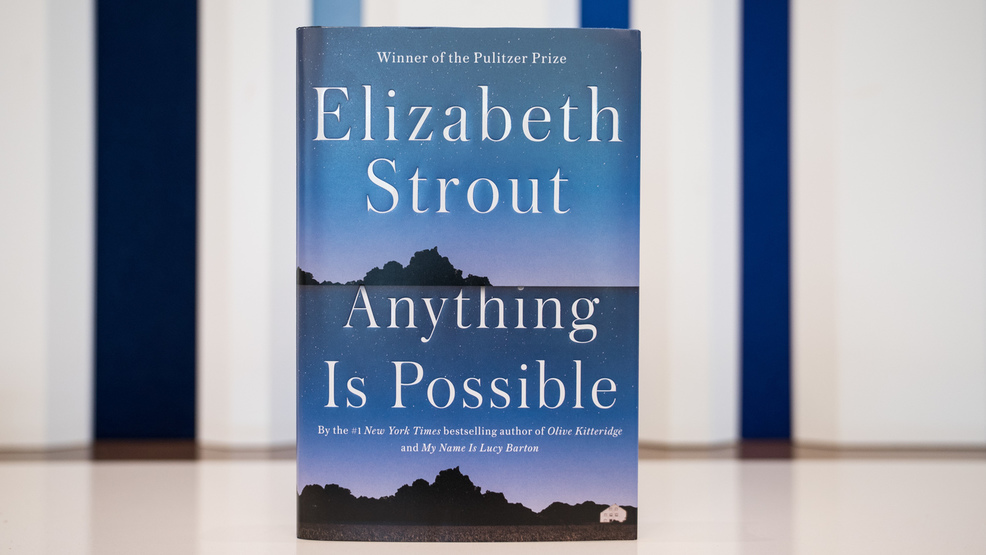 Talking to Elizabeth Strout, author of 'Anything Is Possible'

This past June, our book of the month was 'Anything Is Possible' by Elizabeth Strout. It coincided perfectly with Strout's book tour through Seattle, and we got a couple minutes with the fascinating author - whose written other bestsellers you may have heard of like 'My Name is Lucy Barton' and 'Olive Kitteridge'.

Seattle Refined: This book is full of secrets. Why was that an important theme for you?
Elizabeth Strout: My feeling has always been that most of us have things that we don’t talk about. Maybe one or two, or a feeling we don’t fully share with anyone else for whatever reason and if you can find it in a book of fiction and realize oh, I’ve had that thought. I didn’t realize anyone else had that thought. Then it should help everybody.

Why did you bring Lucy back? (Lucy was the main character in Strout's earlier book, 'My Name Is Lucy Barton')
That was one of the last chapters or stories, whatever you want to call it, that I wrote for this book. Because I kept saying, I don’t know if I want to see Lucy from an omniscient narrator because her voice in "My Name is Lucy Barton" is so particular. And I thought, I don’t know if I want to do that, but I kind of did. I tried it a number of different ways and when I realized that I could do it with Pete, her brother, so I saddled in next to him and said, 'Ok, Pete, let’s see what happens if Lucy walks in."

Poor Pete! Lucy's sister Vicky is not happy to see Lucy back in town.
Yes, she is angry. And she’s not the least bit shy about showing her anger. Dramatically on the page, it was a nice contrast between silent, quiet, sweet Pete and this real force, Vicky, who comes right in and says 'What are you doing here'. I'm always interested in character first and foremost. I find people so interesting. So it's always a person who gets me started. But I was very aware with book and Lucy Barton that I was really writing about class. And I understood that and I wanted to do that, to take Lucy Barton from extreme poverty and cross class lines.

Lucy is driving force for this book, even though she’s not in town for much of it.
She’s not in the book for very long. But she connects them. She’s the connective tissue for all the people there. It wasn’t so much I wanted to go back, I wrote them at the same time. I wrote much of "Anything is Possible" at the time I was writing Lucy Barton. I didn’t even know I was doing it a certain way. Every time I heard, as I wrote, the mother and daughter talking about somebody in Lucy’s background, I wondered, "Oh, I wonder what happened to those people" and I’d write some scenes. So by the time "My Name is Lucy Barton" was done, I had another book of the people she came from and who they were talking about.

I have so much paper, little pieces of paper, large pieces of paper. I’m a very messy worker. (How do you put the mess together?) Exactly. And this is what I don’t know. But I will try and think how I do know. I think the unconscious or the subconscious is always amazing to me how much is working as I’m thinking that I’m not doing it. And I think what will happen is that a lot of scenes get brushed off the table if they don’t feel they have a heartbeat to them, they’ll get brushed off the table. So eventually, they will collect. For the final push through for a book for me, because I don’t write anything from beginning to end, the push through will be saying to myself, ok, now what does the reader need to start with and what does the reader need to go to and what can the reader need to end with. Then I pull it all together, like sew it together.

Lucy comes back, and then ends up fleeing again - why?
Because the way I saw it, Lucy had been away for a long time, but they were all grown-ups and they can have a meeting or some sort of time together, even though Vicky said she wouldn’t meet her and then she shows up. So Lucy went there thinking we’re grown-ups and we can do this, and then the conversation between Pete and Vicky and different things that happened in their childhood that Lucy just didn’t want to hear about really really through her. And so, she has a massive panic attack and has to leave.

Everyone in book has a connection. Did you have one or two you were particularly fond of?
I really love all my characters, I really do, but I love Tommy, the janitor and I love Patty Nicely. One of the characters people might be surprised who touched my heart so deeply is Charlie McAuley. He did things he couldn't live with and so his whole life had been changed by that. And he broke my heart, Charlie McAuley. Here's one of the great joys for me about writing, is I just don't judge my characters. When I sit down with a page, I just transcend all judgement. It's freeing and it's wonderful. Because in real life, we're all judgmental, even if we try not to be. We just are, and it's so sad. But when I write, I'm not judging any of my characters and so that's a lovely thing for me to be able to say ok, I'm just going to record you, I'm just here to speak about who you are, what we do while we're here on earth and no judgement.

In the end, people reach point of accommodation, whether alone or with someone. Is that what you wanted to have happen to these folks?
I did. I think there’s a lot of redemption in this book, for all the different corners it goes into of things that might be a little bit dark or whatever. I think there’s a tremendous amount of love available in all these characters for other people.

Can we ever go home again?
I don’t know.