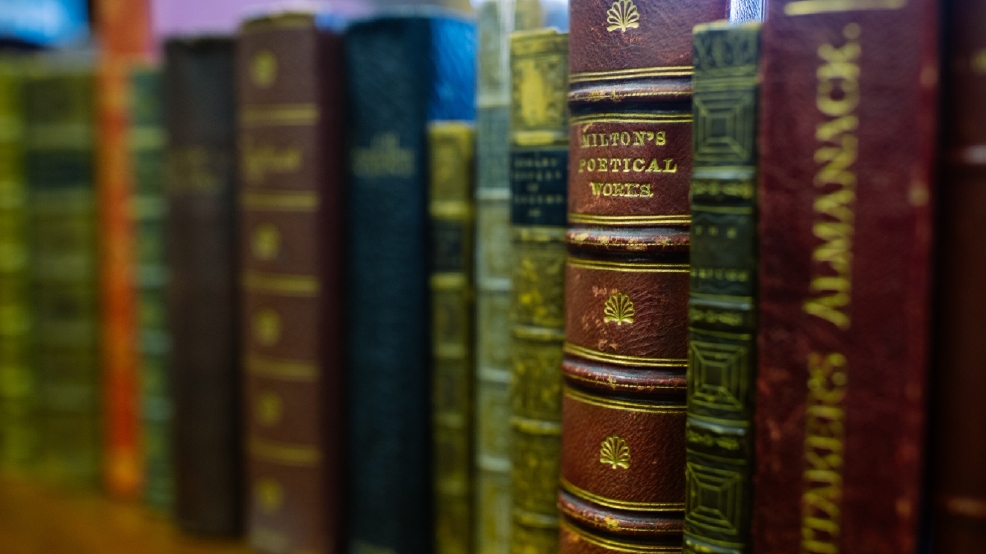 Need another great read? We got you. Want to see if your favorite author is coming to town? We got you, too! (Image: Seattle Refined)
SEE MORE

We’ve partnered up with University Book Store to bring you the bestsellers that folks in the Pacific Northwest are reading and what names you can expect to see here in the next week! Need another great read? We got you. Want to see if your favorite author is coming to town? We got you, too!

P.S. If you love reading and live in the greater Seattle metro area, join our book club! This month we’re reading "Swimming Lessons" by Claire Fuller.

Many people have written about celebrated Portlander Carolyn Wood since her incredible Olympic gold medal for the 4-by-100 meter freestyle relay in 1960, but in Tough Girl she finally tells her story herself. That remarkable feat of athleticism at just 14 years of age brought her to fame, however, there's been so much more to her life. Wood reflects on her strained relationship with her mother, her drive as an athlete, her struggles as a lesbian in a more conservative era, and on her trials as a middle-aged woman looking to the next phase of her life.

National Book Award-winning author Tim Egan tackles the true stories two charismatic men from the past in his books The Immortal Irishman and Short Nights of the Shadow Catcher. The Immortal Irishman tells the tale of a dashing young orator named Thomas Francis Meagher who led a failed uprising against British rule during the Great Famine of the 1840s. After escaping a Tasmanian prison colony, he arrived in New York a legend and would later lead the Irish Brigade from New York in many of the Civil War's fiercest battles. Short Nights of the Shadow Catcher recounts the life of renowned photographer Edward Curtis who was the Annie Leibovitz of his time, moving in rarefied circles as a friend to presidents, vaudeville stars, leading thinkers. At 32, he gave it all up to pursue his Great Idea: to capture on film the continent's original inhabitants before the old ways disappeared. This undertaking would change him profoundly from a detached observer to an outraged advocate. History jumps off the pages at with Egan at the helm.

Mountaineer and scientist John All went from man to legend when he fell into a crevasse near Everest in May 2014. Struggling to climb out of 70 feet of ice and snow with fifteen broken bones—including 6 cracked vertebrae, internal bleeding and a severely dislocated shoulder, he took a series of videos that went viral and appeared on newscasts around the world. That wasn't even his first foray into danger. This Western Washington University research professor has won a footrace for his life with a wild hyena, stepped on a black mamba in the African bush, and scaled Everest—all in pursuit of his true passion: the study of our world's changing climate. Icefall is more than a fascinating adventure story; it is a report from our planet's extremes, which hold new lessons about the impact of climate change. Visit the collapsing Andean glaciers, the hidden jungles of Honduras and highest peaks of the earth; the places where scientific secrets lie. Discover how humans will adjust to the world changing beneath our feet.

General Michael Hayden offers an unapologetic insider's look at what happens in the halls of congress and behind the closed doors of the America's most secretive agencies in Playing to the Edge. This striking account of his time running the NSA and then the CIA is rich in detail offers insight into not only the daily doings of an agency head, but also the controversy surrounding various intelligence agency programs. His goals in writing this book are simple and unwavering: No apologies. No excuses. Just what happened. And why. As he writes, "There is a story here that deserves to be told, without varnish and without spin. My view is my view, and others will certainly have different perspectives, but this view deserves to be told to create as complete a history as possible of these turbulent times."

Poet Molly Peacock examines the post-stroke life of her longtime psychoanalyst in this seventh poetry collection. Weaving a vivid tapestry of images, she quietly describes the pauses while waiting for the therapist to recall simple words, conversations, visits, occasional outings together, and the ups and downs of the "one thousand two-hundred and ninety-four hours" that they spent in sessions over the course of her life. Peacock notes that "it isn't what happened that lasts. Not art, either, but the savory core. What's felt." The Analyst is an exploration of a brilliant mind facing new realities and a decades-long relationship that reverses and continues to evolve.

In Seattle Walks, David Williams weaves together the history, natural history, and architecture of Seattle to paint a complex, nuanced, and fascinating story. The walks vary in length and topography and cover both well-known and surprising parts of the city. While most are loops, there are a few one-way adventures with an easy return via public transportation. Ranging along trails and sidewalks, the walks lead to panoramic views, intimate hideaways, architectural gems, and beautiful greenways that will have you experiencing the city in a new way.