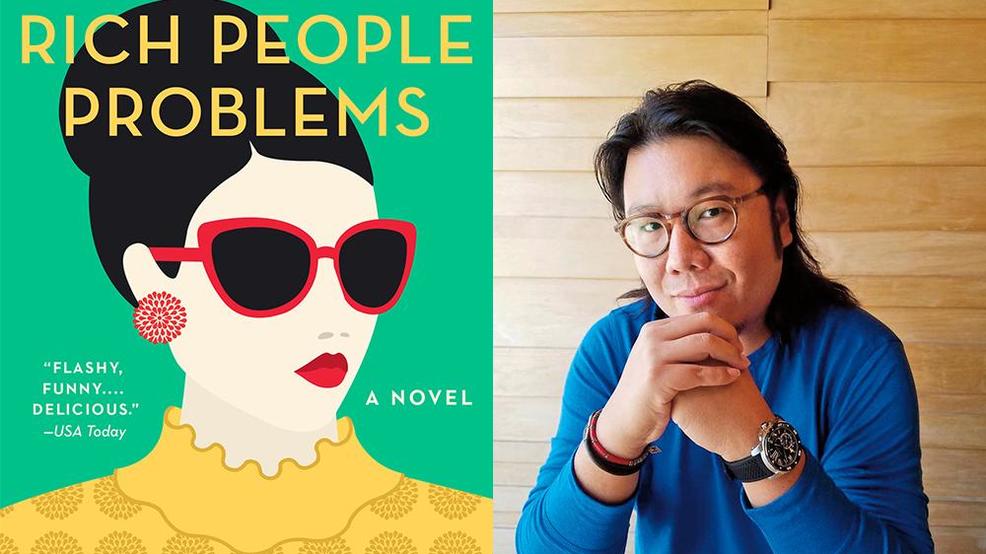 Refined Reads is a monthly bookclub from KOMO News' lifestyle website and television show, Seattle Refined. Want to be part of it? Sign up here (don't worry, we won't spam you with emails - just alerts to discussion dates, special events and books of the month)!

If you haven't jumped on the Kevin Kwan train yet, we are giving you the excuse now! Kwan is the most famous for his best-selling 2013 book 'Crazy Rich Asians', about the fabulous and opulent life of Singapore's high society. In fact, the book was so well received, Warner Brothers picked up the option for a movie. The trailer just dropped, and it. looks. fantastic!

"Crazy Rich Asians" was quickly followed by it's sequel "China Rich Girlfriend" in 2015, and most recently "Rich People Problems" in 2017.

So without further ado, we officially announce "Rich People Problems" as our May book club pick!

"When Nicholas Young hears that his grandmother, Su Yi, is on her deathbed, he rushes to be by her bedside—but he's not alone. The entire Shang-Young clan has convened from all corners of the globe to stake claim on their matriarch’s massive fortune. With each family member vying to inherit Tyersall Park—a trophy estate on 64 prime acres in the heart of Singapore—Nicholas’s childhood home turns into a hotbed of speculation and sabotage. As her relatives fight over heirlooms, Astrid Leong is at the center of her own storm, desperately in love with her old sweetheart Charlie Wu, but tormented by her ex-husband—a man hell bent on destroying Astrid’s reputation and relationship. Meanwhile Kitty Pong, married to China’s second richest man, billionaire Jack Bing, still feels second best next to her new step-daughter, famous fashionista Colette Bing. A sweeping novel that takes us from the elegantly appointed mansions of Manila to the secluded private islands in the Sulu Sea, from a kidnapping at Hong Kong’s most elite private school to a surprise marriage proposal at an Indian palace, caught on camera by the telephoto lenses of paparazzi, Kevin Kwan's hilarious, gloriously wicked new novel reveals the long-buried secrets of Asia's most privileged families and their rich people problems."

We guarantee you'll fall in love with Kwan's characters, and likely end up reading the whole trilogy!

If that isn't good enough, Kevin Kwan himself is going to be in Seattle on Sunday, May 6 at University Books Store's Mill Creek locations for a talk and reading at 3 p.m. Join us - you KNOW we'll be there!