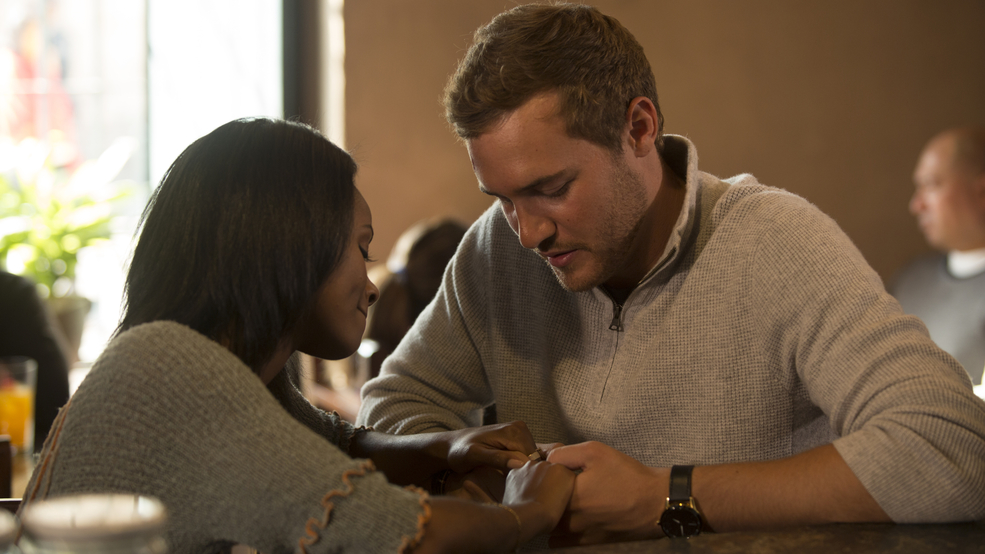 The pressure mounts as hometown dates loom, but first Peter and the remaining six women travel to beautiful Lima. After a supportive conversation with his mom, Peter is inspired to pay the women a surprise visit for a serious chat. How will they respond to his wake-up call to focus on their feelings? Madison and Peter come to a make-or-break moment in their relationship after a magical day together. Peter and Natasha spend a whirlwind day shopping, eating and having fun, but will the chemistry be there? Kelsey has a family secret she dares to share with the charming pilot, but will she get a rose and a hometown date? The dreaded three-on-one date pits one confident woman against two panic-stricken bachelorettes. The Bachelor airs on KOMO 4. (ABC/Francisco Roman)
SEE MORE

Last night on "The Bachelor" Peter and the women continue their tour of South America in Peru, and we confirm one and for all that Peter is in fact bad at being The Bachelor.

Madison gets the first One-On-One date of the episode - she's a frontrunner and she wants to have a serious conversation with Peter about religion. She wants a husband who is the spiritual leader of her home, and she wants to know if Peter can do that for her, and provide that.

Peter doesn't really answer that question, just powering through it and instead tells Madison that he's falling in love with her. This is a pretty big deal for the Lead to say, so of course - Madison gets a rose and Peter gets another shot at answering the religion question next week in her hometown.

Next up is Natasha! Natasha is fun, has a real career, and her and Peter seem to get along great - so, on their first One-On-One date Peter obviously eliminates her.

Kelsey receives a rose after opening up to Peter about her family and how she doesn't really have a relationship with her Dad, and since the producers on this show are devious, it is a good bet that the family drama is going to come up next week big time when Pete and Kelsey visit Iowa for her hometown.

That brings us to the Three-On-One, three women for two roses. Kelley is awesome and rightly points out that she should have an advantage because Hannah Ann is 23 and likely not ready for marriage, and Victoria is an emotional train-wreck - and they both prove her 100 percent correct.

Victoria has a complete Stage 10 meltdown and actually gets into a bit of a fight with Peter, so naturally he gives her a rose. Hannah Ann who, again, is 23 but brings out a piece of lined notebook paper 6th grade-style, and lists all the reasons why she is falling for Peter.

Kelley meanwhile proceeds to tell Peter that all relationships don't have to be filled with drama, they can be light-hearted and fun too - so naturally she gets eliminated and Hannah Ann gets the final rose of the night.

Kelley probably dodged a bullet here. Next week it is Hometown Dates and there is a 100 percent chance of tears and drama along the way.