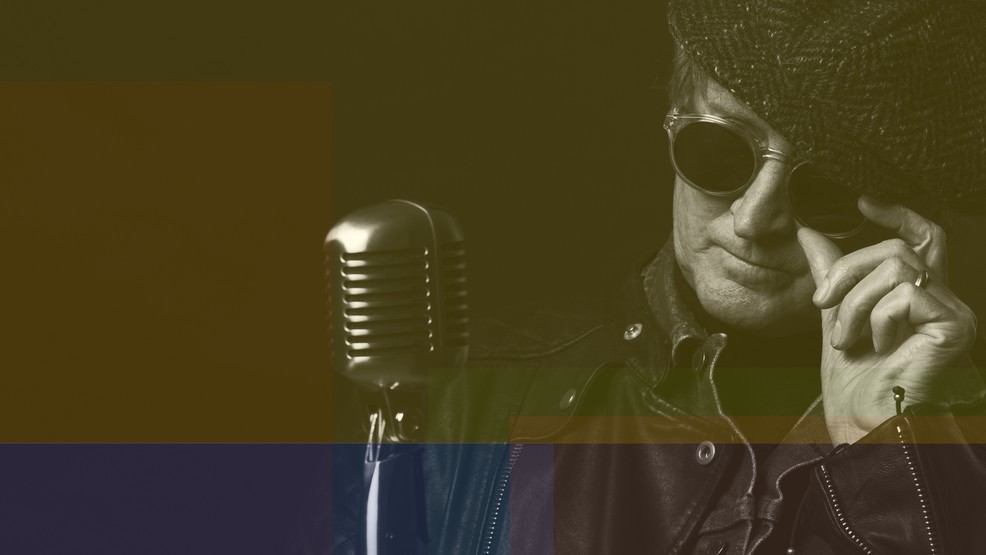 Artist of the Week: Steve Aliment

Seattle Refined: How long have you or the band been around/writing together/performing?
Steve Aliment: We played our first show at The Substation, in Ballard, in July 2018. The songwriting started in February 2018 and we started rehearsing and recording in April 2018. The band consists on Bart Hyde, guitar, harmonica and back up vocals. Perry Morgan, drums. Duffy Delgado, guitar and back up vocals, and me, Steve Aliment on bass, and a little guitar and organ. We are all mainstays of the Seattle music scene. That's just this project. The guys and I have a lot of history...Seattle, Tacoma, San Francisco.

Tell us about the artistic process and the different stages that work into it.
I write the songs. I usually start at home using GarageBand to capture the initial idea. Sometimes it starts with a chord progression or a riff and other times, I bolt out of bed in the night and get to my note pad as fast as I can before I forget a lyric idea. I have post-its all over my desk with scribbled phrases or lines that I think might fit into a song at some point. I save them. It's messy but sometimes creating a song comes out of a messy process.

Lyrics first, then music or music first, then lyric...it can go either way. It sometimes even starts with a beat. I guess the songs always are grounded in non-fiction and then fiction is stirred in to make the story cohesive or fun or to protect the innocent as it were. Take a song like "Nobody Wants To Hear Your New Song" for example. That really happened. Several times I've been told that. And I just worked it into a story.

Once I have the basic bones of a song recorded on GarageBand, I email it to the guys for comment. Then we get together and work on it in the rehearsal studio or in my basement. That's crucial. The band makes suggestions, riffs, intro ideas, breakdowns, solo ideas and it all gets mixed into the final song. Then, we take it to our producer, Dennis Tevlin and Dennis always has some good ideas on how we should record it. Did I mention that we record on the largest houseboat on Lake Union? We do. It is an amazing place to track songs no matter what time of year. So inspirational! We track basics in the daytime. Singing has to be done at night to avoid the sound of the seaplanes taking off and landing!

Where does your inspiration come from? What other musical artists do you take inspo from?
As a band, we are inspired by rock groups like The Beatles, Iggy Pop, Bowie, The Stones, Small Faces, Free, Mink DeVille, Tom Petty, and The Ramones. But also very much by the soul groups from Stax records, Muscle Shoals, and and the Detroit scene. I love Smokey Robinson, love The Temptations, love The Four Tops. We dig that sound and you can hear it in our harmonies. Steve Marriott is my vocal hero and he's probably the greatest most soulful white singer of all time (sorry, had to make that distinction). Paul Rogers too.

What kind of genre is your music? What kinds of things do you write about?
Well, I guess we are a Rock/Soul/pop hybrid...leaning more to the rock side. Guitar oriented rock with a smattering of soul inspiration! I write about relationships, good and bad ("Seashell," "150 Tears," these kind of songs). I write about struggles one might be having with dependency, like the song "Help".. I write love songs...I mean that's often the ball game. Love, love lost, love found. Some is pure fiction with some real life mixed in, "First Photo of a Human Soul" for example. Some are political recently! Guess why?

Do you have one song that means more to you or is extremely special to you?
Right now, "Don't Know How to Say Goodbye" means a lot to me. I jumped out of bed and the lyrics just spilled out onto the note pad. Next morning, it seemed easy to put it to music. Played it for the guys as a "oh by the way, what do you think of this" kind of thing at the end of rehearsal. They liked it, had some ideas. Then we finished a bit early in the recording studio, had some time and we said to Dennis, let's record this one" and we got it in about two takes. It doesn't always happen that way. Everything is in that song, a very very ill friend, the loss of my father, relationship challenges. It's real. We don't play it live...yet. It's hard to sing sometimes.

What experiences in your life have shaped your music/art?
All of it. Growing up. The good times and the tough times. Broken relationships. Broken dreams in the music business. Life and even death struggles. Religion. Politics. I should say that my mom was a big influence. She was a Country and Western singer with a group called The Bluebonnet Girls. I have one of their records. They were the house band on The Sheriff Tex TV show here in Seattle. They were a real singing swinging cowgirl trio! Everything I learned about singing and especially singing tight vocal harmony started right there with my mom. She had us in the church choir, she'd assign parts to me and my brother during long rides in the car and we's sing up a storm. She introduced me to The Everly Brothers...LIFE CHANGING!

If we want to see more of your work where should we go to find? What about upcoming shows?
All our songs are available on iTunes, Spotify, Apple Music, Pandora, Amazon, Google Play, Tidal, iHeartRadio, YouTube, Deezer and 150+ other on-line stores & streaming services. Follow us on Spotify! We have a show coming up on January 24th at Tim's, March 28th at The Airport (Tacoma), April 10th at The Spanish Ballroom (Tacoma). April 17th at Slims (Seattle). There are more. See upcoming shows on our Facebook page - Steve Aliment's Albro Swift Exit!

What is next for you? Anything you’re working on right now that you’re really excited about?
Well, we have a new EDM remix that [came out in December 2019]. That's VERY different for us. We are finishing up three new songs in the studio now that I'm very excited about because it has us getting back to some very hooky, guitar oriented pop songs. Short and sweet. One is like 2:17! The mixes have been sounding great. We have been releasing one new song per month since June 2018! Let's see how long we can keep that up! That's our MO, one new song a month. Nobody has time to listen to an album anymore. My mom would but that's about it.

Lastly, how do you take your coffee? We ask everyone!
I take it with a little milk. I drink way too much coffee!