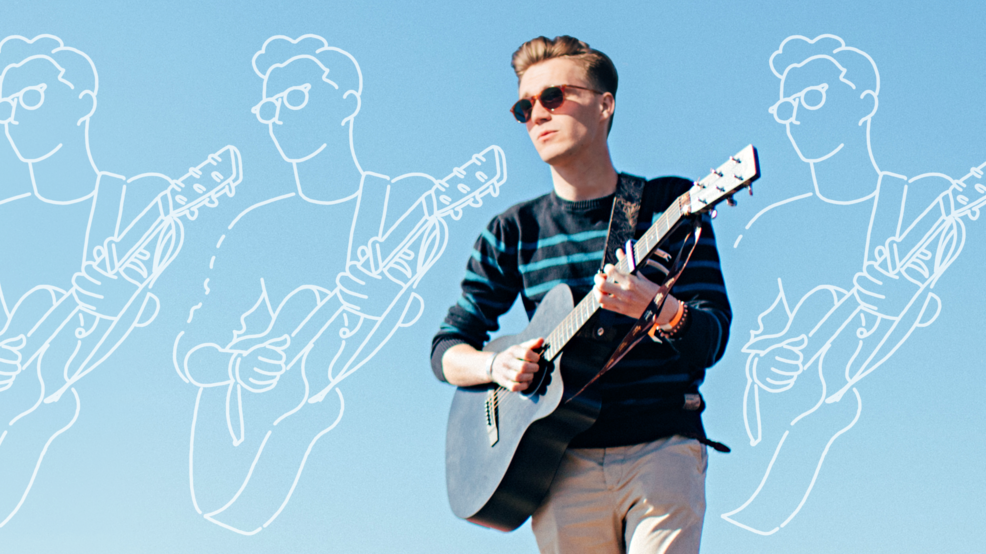 Artist of the Week: Spence Hood

Seattle Refined: How long has the band been around/writing together/performing?
Spence Hood: I've been in the Seattle area for about 18 months now. While I've been performing in a wide variety of states and cities since I was 10 years old, my original material really only hit the stage shortly before getting here.

Tell us about the artistic process and the different stages that work into it.
My artistic process starts off a lot like how I'd imagine a screenwriter's might - it's all about the character study in the beginning. If I'm going to write a song like "She", the single from my last EP about a deviant, independently strong woman in the south who was born to cook, I've gotta flesh out the details of who she is inside, and the type of pious gal that people around her (perhaps mistakenly) might assume she is. Even the deeply personal songs have to be narrated by a ghost of Spence that I try to spend time rounding out. Once the character has all its body parts, the lyrics tend to tumble out on their own after mentally observing that person for a few days.

Where does your inspiration come from? What other musical artists do you take inspo from?
I'd say John Mayer was the first artist who taught me how to really, truly own my uniqueness for the sake of making sounds that people want to hear. Since then I've learned a ton from watching The 1975, Jason Mraz, Randy Newman - entertainers who aren't afraid to take the term "spectacular" quite literally by turning themselves or their artwork into a spectacle.

What kind of genre is your music? What kinds of things do you write about?
I call my genre singer-popwriter - kind of a jazzy, R&B-infused take on acoustic pop music. I guess you could say I write about society and the way it tosses us about, for better or for worse, but I do usually find myself dressing those ideas up as fictional characters and exploring the theatrical worlds they live in.

Do you have one song that means more to you or is extremely special to you?
I wrote a song called "Foothills" that was the most unleashed I'd ever felt during the writing process. It was the first song I finished after moving to Seattle, and listening back through that stream-of-conscious, Ed Sheeran-esque rap/singing style of lyrics, I feel the same sort of exhaustion that maybe an NBA player would after leaving every ounce of grit they had on the court after a game. In my case it's just emotional grit.

What experiences in your life have shaped your music/art?
When I was in high school, I had an interesting mix of people around me with wildly different tastes in music. I'd watch my dad drool over R.E.M and Wilco at the dinner table, see him make fun of whatever pop star was playing on SNL, and then ride to school with my buddies and jam out to Natasha Bedingfield and Michael Bublé. I think those different worlds colliding are what put me on the path of wanting to make really satisfying pop music but with the depth that I know someone like my pop could still tip his hat to.

If we want to see more of your work where should we go to find? What about upcoming shows?
Spotify is a great place to see more of my work, and you can follow me there to be first in line when my new stuff comes out soon. Instagram (@spencetunes) is also where a ton of my mini covers, shameful tomfoolery, etc. live.

What is next for you? Anything you’re working on right now that you’re really excited about?
I'm working on lining up some international shows for early next year that I can't wait for, as well as the final two music videos from my latest EP which are currently being filmed. As far as projects go, let's just say I'm gonna be thinking outside the box when it comes to how I release one of my newest songs - I'll be dishing all about that on Instagram when the time comes if you want to stay in the loop.

Lastly, how do you take your coffee? We ask everyone!
Half a packet of stevia with some soy creamer, heaven.