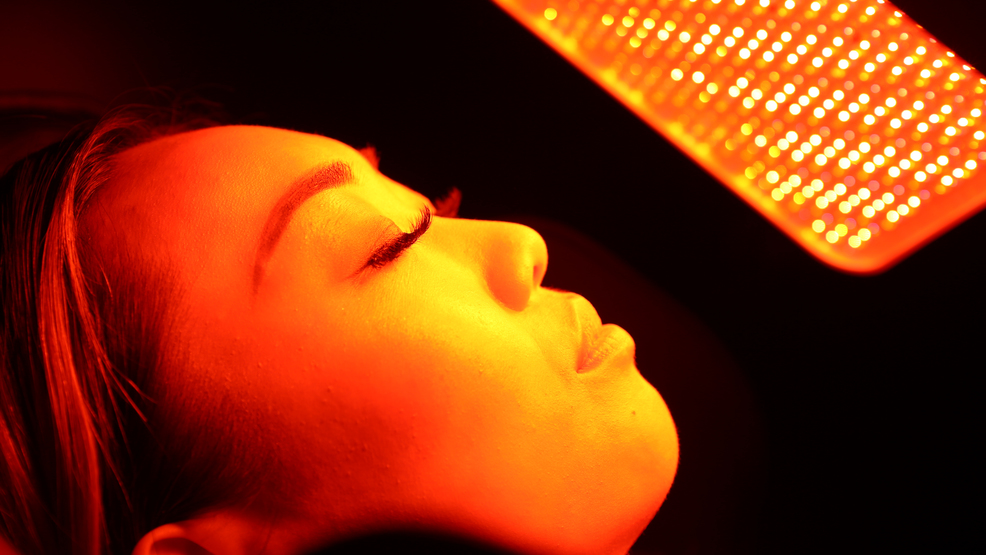 Truth time: I am a skincare skeptic. Since age 20 I’ve been devoted to the incredibly simple Clinique Three-Step System; aside from a brief flirtation with Bobbie Brown and the occasional fancy eye cream sample from Nordstrom, my dedication to really boring, low-maintenance face stuff has been unwavering.

The steady march of time, however, has continued – I’m now in the waning months of my twenties, and I’m annoyed about it. My combination skin still occasionally breaks out like I’m a teenager – thanks, hormones – but I’m also noticing weird lines and dullness. My tried-and-true routine is no longer enough.

Enter Seattle Sun Light Spa, Seattle Sun Tan’s recently relaunched and rebranded Bellevue studio. The pros there promised me that I wasn’t doing the wrong thing, per se – I was drinking a ton of water, washing my makeup off thoroughly, and moisturizing/toning/etc. like I should.

The trick, they said, might be adding another ingredient only a pro could dole out properly: LED light that could cleanse and revitalize my pores without clogging them up with unneeded gunk. They offered me a free chance to try out their new Blue Light Photofacial system, which promised to clear up acne when used regularly.

Desperate for anything that could free me from adult acne without requiring injections or a Proactiv subscription, I took them up on their offer.

I visited Seattle Sun Light Spa once or twice a week for six weeks, and when I started my jawline was a hot mess. I had those teeny little blemishes that mostly just make your skin look rough and bumpy, and no amount of exfoliation could shake them. Within two weeks of treatments they were gone, and the nasty little blackheads on my chin and nose had gone with them. (Sorry for the gross information, readers – like I said, this is truth time.)

The best part of the whole experience, though, was that a trip to the Light Spa actually was as relaxing as a regular spa. There was ice cold water ready for me every time I visited – sometimes with cucumber! – and I got to sit in a heavenly zero-gravity massage chair during my treatments every time. (Massage chairs are usually awful, but this one will make you a believer. Do not skip the leg massage.)

On top of that, you can stack treatments. Want to do your Blue Light Photofacial while you get some LED MyLipo? You can! I did! Full disclosure, I have no earthly idea it if worked. MyLipo basically consists of eight little LED light pads that you apply to your skin for 25 minutes. The LED light apparently shakes up your fat cells, freeing them for your body to burn as energy. The catch is that you need to drink a ton of water and actually exercise to actually get rid of your emancipated fat, so I did. Was my tummy flatter because I was properly hydrated and diligently running a few times a week, or was it because I’d been using MyLipo? We’ll never know, but it sure didn’t hurt.

Seattle Light Spa in Bellevue offers deals constantly - the offers change daily during the holiday season – but for students struggling with acne they have a particularly good promotion running through March. Bring in your student ID and you’ll get unlimited access to the Blue Light Photofacial treatment for 30 days – it’s $69.95. Usually one session will cost you $55, so jump on that deal ASAP.