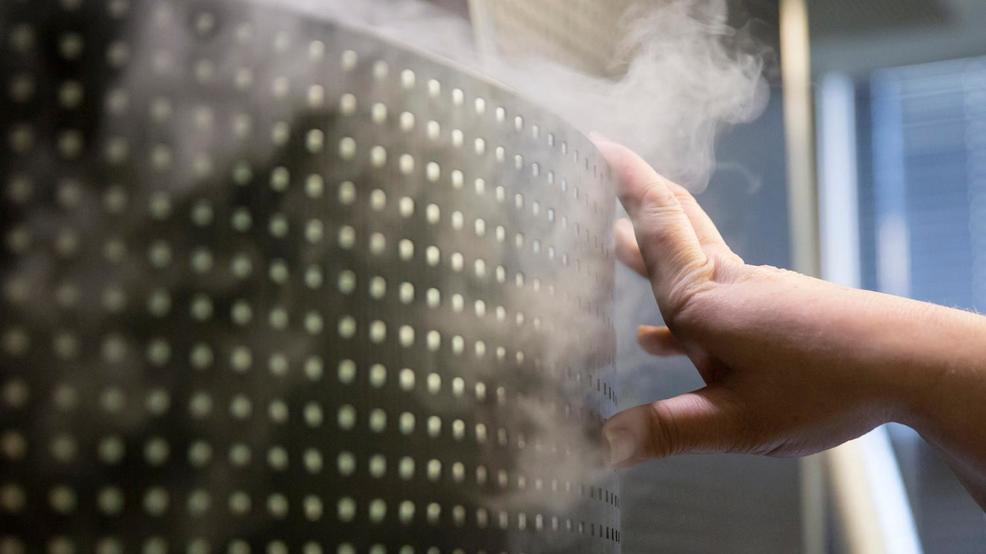 Vaporized liquid nitrogen chilled down to -220 degrees fahrenhiet flows out of the tank at Arctic Glow Cryospa in Downtown Seattle. Cryotherapy is slowing taking root in Seattle, and is believed to help with sports injuries, aches and pains, and beauty. (Sy Bean / Seattle Refined)
SEE MORE

Have you ever heard of cryotherapy?

Neither had I until my colleague Brandon asked if I wanted to try it.

He told me that cryotherapy was being used by ~all of the stars~ like Jessica Alba and Justin Timberlake for beauty and other health regimens. He had me at Jessica Alba - if I could try a treatment that could make me look like the queen then you KNOW I was there.

Okay so what is cryotherapy? It's essentially a vertical pod that gets filled with vaporized liquid nitrogen that is -220 degrees and VERY cold. It's kind of like an ice bath without water...duh.

Athletes are also using this treatment to help with pain relief and to enhance athletic performance.

So I agreed to try!

I got into the cryospa a little bit nervous and very intimidated. I was fully prepared to be turned into a human Popsicle. Once Kimberley from Arctic Glow turned that bad boy on I knew I was in for three minutes of pure FREEZE.

After the three minutes, my time in the refrigerator was over. The only thing I immediately noticed was the adrenaline rush that I had afterwards. I felt very zesty, that's the only way to describe it.

As for now - a week after shooting - I haven't noticed any significant differences but I think I would have to keep going to see the full benefits.