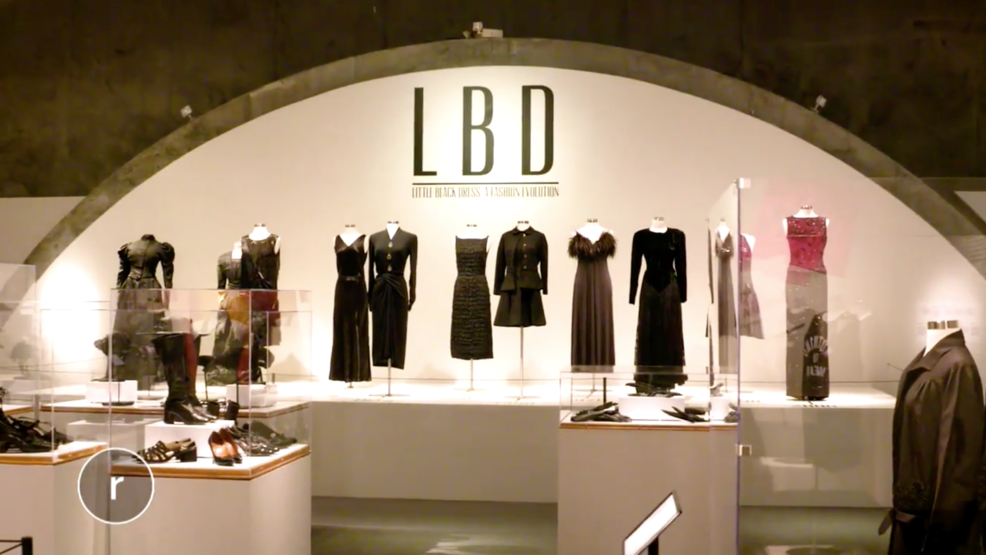 New exhibit in Tacoma aDRESSes the history of the LBD

When it comes to looking chic, nothing compares to the the Little Black Dress, or as it's affectionately known - LBD. From Coco Chanel's classic designs in the 1920s to Audrey Hepburn in "Breakfast at Tiffanys", the LBD has become a bona fide fashion icon.

Now, a new exhibit at the Washington State History Museum in Tacoma is a-dress-ing this phenomenon of these frocks, showcasing dresses from their collection.

"First and foremost it’s a history exhibit," said Mary Mikel Stump of the Washington State Historical Society and History Museum. "We get to see how women’s roles in society are shifting through the decades, and how those shifts are mirrored in the dresses that they’re wearing."

Stump gave us the scoop on the stylish garments through the decades. Spoiler Alert: Black dresses didn't always signify style.

"These dresses are from the 1860s and 1870s," she said. "Really [look] at how the color black was more used as a mourning color, or a color for those people in servitude."

So at that point in time, certainly not a chic fashion statement.

But by the 1920s, things had really shifted.

"We had gone through WWI," she said. "Fabric - because of rationing and other things related to the war - corsets had gone away. Profiles had slimmed down."

This is where Coco Chanel and the LBD comes in.

"She [Chanel] called it The Ford, which was modeled after the Model T Ford," said Stump. "And the phraseology was, it came in any color you wanted as long as it was black."

The 1950s were another turning point.

"You see the influence of history on fashion and you see really here, women have been in the workplace because of World War II," said Stump. "They’re actually coming out of the factories and coming back into home as GI’s come back and claim their jobs."

But the Little Black Dress stayed, and came back into the home too.

In the 1960s, in the film "Breakfast at Tiffanys" - Audrey Hepburn [as Holly Golightly] wore a beautiful black dress.

By the time the 70s rolled around, we're wearing things that are very contemporary for today.

"But you see these shifts in silhouettes – skirts continue to get longer, fabric gets more flowy, more freeing," said Stump.

And then, the 80s happened. Think big shoulders, and a mix of fabrics.

"You go from the maximalism of the 80s to the minimalism of the 90s," she said. "Music’s changing, you see this body conscious thing – we’re not padding anything. Fabric is getting more rich, and silhouettes are getting simpler by this time."

Enter the 2000s, and which them - the very contemporary bandage dress.

From a symbol of mourning, to a sign of power - this LBD exhibit doesn't skirt the issue.

"I think the little black dress as we’ve seen here will never go out of style."