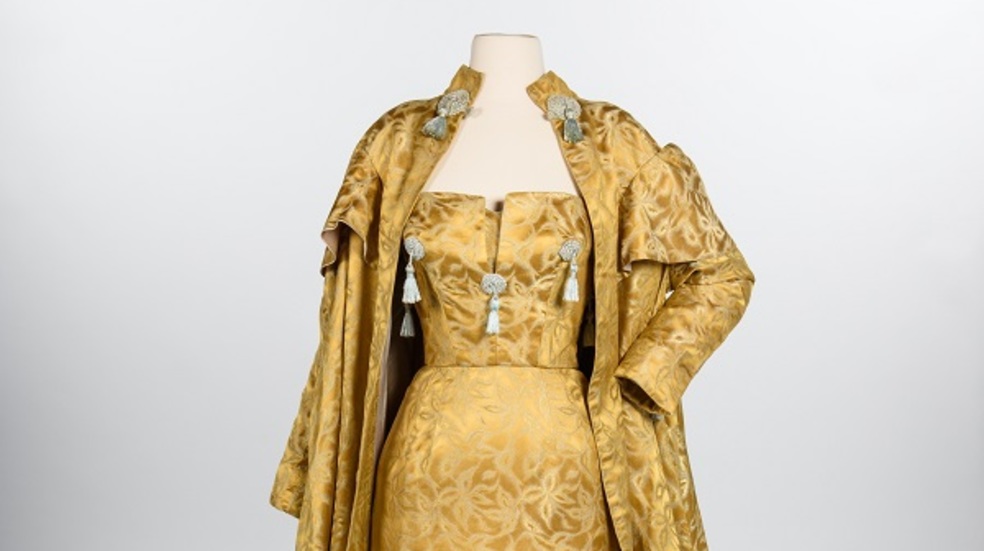 New MOHAI exhibit may change your perceptions about Seattle style

When you think of Seattle style, does the image of a rain slicker come to mind? While weather gear has it's place, our city possesses a flair for fashion - and it's pretty sensational.

"The exhibit is called Seattle Style Fashion Function History of Clothing and Style in Seattle," said Clara Berg, the curator of the exhibit at MOHAI that's dedicated to what Seattleites have been wearing.

"19th, 20th and 21st century. So a big range of things from high fashion to everyday clothing and outdoor gear and grunge and everything in between."

When a lot of people thing about Seattle they go right to grunge and granola...

" I would say it's not totally incorrect," said Berg. "But it's unfair to say that's all that we have."

She carefully went through 30,000 garments and accessories to put this exhibit together.

"I don't want to define it as one style," she said. "I think part of the intention of the exhibit [is] there's a lot of styles and people should feel there's so many Seattle experiences and so whatever style you like is valid as well."

Berg showed us a few of the featured items, and some of them might surprise you!

"One of the star pieces in the exhibit is the butterfly dress from designer Elsa Schiparelli," she said. "And when I first discovered it in the collection, I had a big wow moment because the Metropolitan Museum of Art has a similar dress."

From a dramatic dress to the O-G in outdoor gear, like the earliest known surviving jacket made by Eddie Bauer.

"Eddie Bauer essentially invented the down jacket. It's a little more complicated than that - but he was the first one to combine the idea of putting down and quilting it together for a coat for the outdoor industry," said Berg. "And the puffer down coat was born. And the rest is history."

From Eddie Bauer's innovative coat, to a more recent creation. The Utilikilt!

"Love it or hate it, it was invented in Seattle and it's kind of an evidence of how we're kinda people who want to go our own way," she said. "There's a lot of places in the country where people would never have an invention of sort of half work clothes, half original kilt and they're so popular in Seattle!"

They're made here in Seattle, and kind of bucking traditional ideas about menswear. While the Utilikilt is not a skirt - this is definitely not a dress. Those, you can find in the glam section of the exhibit.

"This glam section is amazing," she said. "This is a dress from the early 1950s. Worn by a woman, Ruth Shoenfeld Blethen Clauyburgh- she didn't go by all four of those names all the time. She was married a few different times. She was an arts patron in Seattle and she went to a lot of and also planned - some of the most glamorous events in Seattle."

We may not know the name of the woman who wore this piece, but we do know that she rode a horse in it!

"It's from the early 1900s - about 1907," said Berg. "It was worn by someone from the John Collins family. He was the politician in Seattle, probably [for] his wife or one of his daughters."

Even though they don't look it, they're technically in the casual wear section. Riding habits were one of the first pieces of sportswear that women had, and they were often made in a menswear style.

"I'm also so excited that we're showing it as it would have been worn on a horse as it's on a horse," she said. "Yeah and so this was probably the most single challenging mannequin to dress in the exhibit."

They may not smell like teen spirit, but there are even some glorious grunge items here.

"We also got this amazing loan from the Museum of Pop Culture of a sweater and a hat that belonged to Kurt Cobain," said Berg. "What's fun is other than the history of it, it's kind of an unremarkable sweater which is kind of the grunge look. It was really about the personality of the person inside of it, so it's not a very exciting sweater until you know who it belonged to and then it's really exciting."

From coverall shorts, to coats, to couture. It shows Seattle's legacy of fashion in a fresh way.

"I'm hoping that it kind of changes their perception about clothing in Seattle," said Berg.