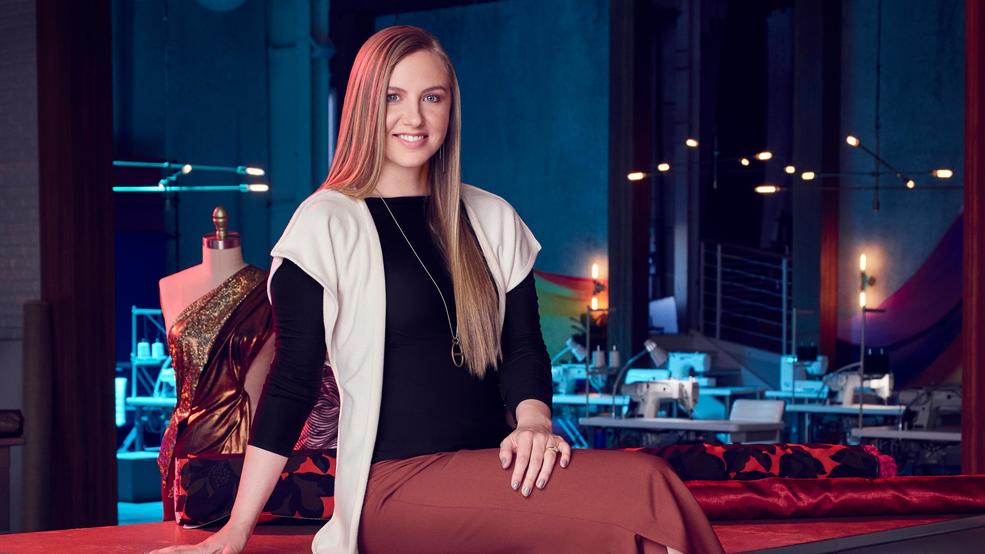 “Going through this experience made me realize that there’s room for my unique point of view," said Trygg, when we recently caught up with her. "I learned that everyone's point of view matters in whatever unique field they have skills in."

While she only made it through episode five, Trygg said the experience was totally worth it.

“I had almost written it off and was leery of it,” she said. “But more than anything, it puts you in a room with people who are doing what you want to do. The thing that you want is right there, you just have to do it."

At age six, Melanie’s mother taught her to sew. Growing up on Orcas and not being as affluent as a lot of the families she was surrounded with, Trygg realized she could express herself and stand out in the crowd by making her own clothes. After wearing a jean skirt she re-created to a junior high dance, the positive response she received from her peers became the catalyst to pursue design as her future.

“I felt so cool and empowered,” says Trygg. Years later, a senior project lead her to attend Green Fashion Week in Seattle. “I got swept away by seeing fashion up close. It made me feel like this fantasy land was something I could be a part of.”

So what brought her from making clothes in her youth to the most popular fashion-based show on television? From the birth of her son to her mom passing away last September, Trygg applied for "Project Runway" as an homage to her late mother.

“If everything was going to change that year anyways, I might as well go for something that I’ve been thinking about doing for a long time.”

With all the hype that comes along with these reality shows, I asked her if the experience was what she expected it to be.

"It has given me exposure that I wouldn’t have gotten otherwise," she said. "It’s not likely I would’ve been able to show my designs standing in front of Nina Garcia without that opportunity.”

Trygg is now working on a shop-able 5-piece capsule collection for Fall 2020, and she's focusing on doing custom work, as well as personal shopping.

“The greatest feeling of success I’ve had has been when a client puts on a custom piece I made for them and I get to see their attitude shift – it’s something special,” said Trygg. “I love to show people what they could look like, for them to step into an elevated or cooler version of themselves.”

She isn't the only local on this Season of the show! Jennifer Charkow of Stone Crow Designs is also competing.

You can catch up with Trygg to see designs and runway pieces from her company KLÄD as well as some runway pieces during her upcoming Trunk Show at the Pioneer Square Art Walk on March 7th from 5-8pm!