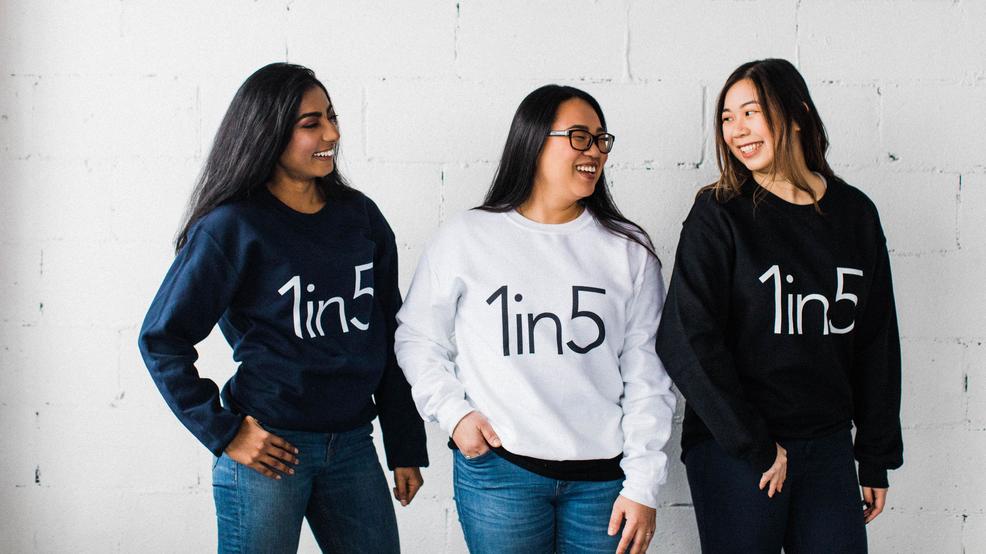 As we all know, what you wear is a huge way of expressing yourself. One PNW company wanted to use their apparel as a conversation starter into a pretty deep topic - mental health.

It's called One in Five Apparel.

"One in Five’s initial collection brings awareness to the fact that one in five people will experience mental illness in a given year," said CEO/Founder Megan Boekhorst. "Through its design and its online resources, One in Five Apparel empowers the wearer to change the conversation on mental illness and reflect on our preconceived notions of what mental illness looks like."

Having lived with mental illness for nearly a decade, Boekhorst understands the impact misinformation and discrimination have.

"These days, I've found 'mental health' to be a trendy topic of conversation," she said. "Now don't get me wrong, it's important that we are talking more and more about our mental wellbeing. But I've noticed that, as a result of mental health conversations today, mental illness has become synonymous with mental health and that's not the case."

They're related, but they're very different things.

"Mental illness and mental health are two related but different things, both as important as the other," said Boekhorst. "But now that we're talking about mental health, and taking pride in social media detoxes and learning to meditate, mental illness is getting left behind in the conversation and therefore more misunderstood."

Boekhorst didn't realize she had created such a powerful conversation starter until she began to wear her sweater and engage in real conversations on mental illness.

"The beauty in the line is that is leaves just enough mystery to invite conversation," she said. "People are naturally curious and want to know what it means. Not only does the line start the conversation, but we support those wearing the sweater by providing content they can use in conversation when they are asked 'One in five what?'"

You can shop One in Five Apparel at 1in5apparel.com, 10 percent of proceeds go to The Living With Scholarship.