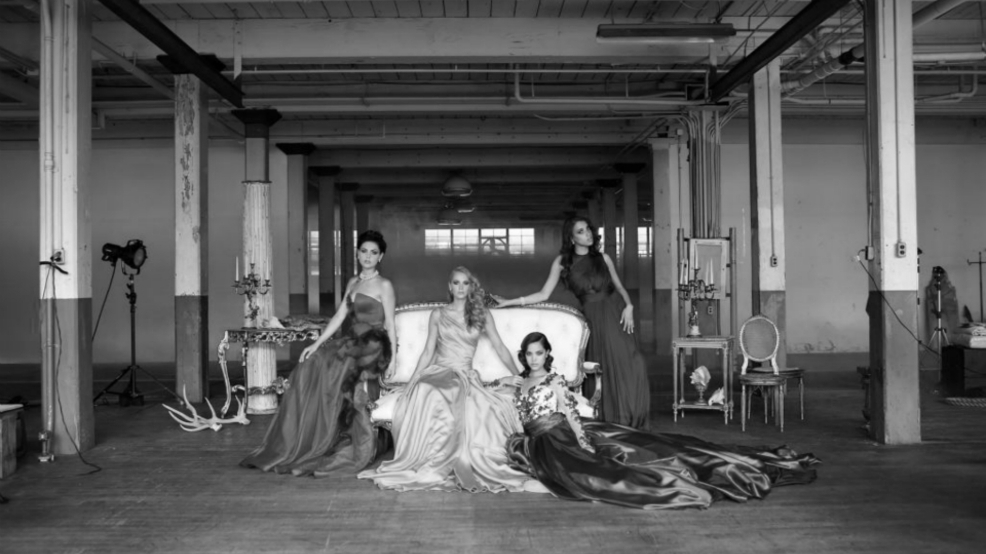 Do me a favor, close your eyes.
Imagine the most beautiful, perfect gown that is the only one of its kind in the world - made just for you.
Have it in your mind? Good! Now make that dream dress a reality at Third and Loom.
"We are revolutionizing fashion and couture," said founders Tony Tran and Angie Trinh.
The Seattle start up makes customizable dresses directly by and for the each client online. Each woman becomes the designer of her gown by typing in measurements and finding inspiration by looking through the collections. Each step along the way is customized by the style, construction and type of material from the under fabric to the selection of lace and sequins that she chooses.
The company's inspiration came from when Angie was looking for the perfect dress for their engagement party and they couldn't find it. After solving the problem for themselves, they were driven to help the community of consumers.
"We wanted to produce above customization, we wanted someone to make something from scratch. We did research and found such a service does exist, but only for the top people," Tony explained.
"Rihanna and Lady Gaga can go to a designer like Valentino, point at a few things they like and then have a design the world have never seen before. What normal person can afford that?" Angie chimed in.
Along with a vacuum-sealing box for the gown's protection, the client is mailed a hand-drawn sketch of the dress they designed. A local seamstress will do free alterations and if a client doesn't like the material or style they chose, the company will remake the dress free of charge.
Hearing about this 'at your beck and call' kind of business, you can't but wonder how Third and Loom is able to give this service at the cost of dress you can buy retail?
By vertically integrating, the Trinhs cut the middlemen from the process. They went back to their home country of Vietnam and bought an entire factory for Third and Loom.
This idea alone has already attracted customers and investors alike because the Trinhs aren't only disrupting the way couture fashion is sold, but how it is made.
Angie and Tony know far too well the story behind sweatshops. Both have had experience working in them, even in New York City in the '90s when Tony arrived to the states.
"I was making silk ties for $11.50 a dozen, and they were being sold for over a $100 each," said Tony. "The same time I was experiencing that level of sweatshop, Angie was in Vietnam making dresses with just as bad of conditions."
By buying their own factory, the Trinhs can insure their workers are taken care of by paying them three times the normal wage, catering lunches every day and requiring air conditioning.
Their story has attracted passionate investors like Gary Rubens and Ridgley Kuang, local owner of the Green Leaf and Lotus chain, who cut polo shirts for Ralph Lauren before becoming a successful restauranteur.
With investors and their Kickstarter campaign launches April 15th, Third and Loom hopes to inspire a community of both couture lovers and designers alike. "Every girl's dream is to be beautiful in a gown. It's not a dream to look the way the fashion industry sells to you!" said Angie. "We make that dream into a reality."