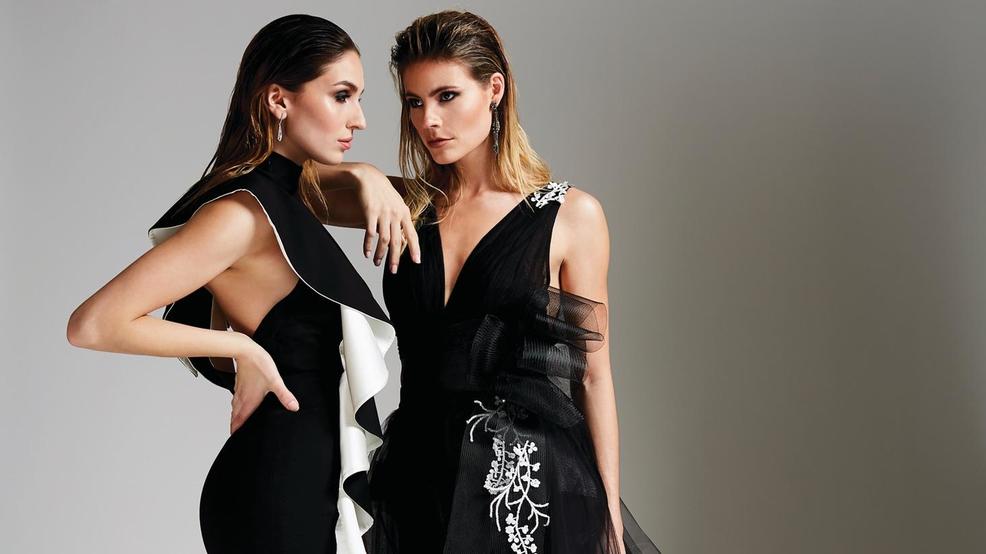 The windows of the Luly Yang showroom in Seattle welcome you - beckoning you to enter a magical world. It's a place full of elegance and luxury, where imagination takes flight. From couture and cocktail dresses to bridal gowns, ready-to-wear and more, the designer's distinctive style can be seen in every detail.
SEE MORE

The windows of the Luly Yang showroom in Seattle welcome you - beckoning you to enter a magical world. It's a place full of elegance and luxury, where imagination takes flight.

From couture and cocktail dresses to bridal gowns, ready-to-wear and more, the designer's distinctive style can be seen in every detail. The Golden Macaw dress is a perfect example.

"She is hand-beaded with hand-applied feathers," said Yang. "And then an ombre color."

But while her individual pieces are breathtaking, Yang usually envisions a whole collection at one time, not just one in particular.

"It takes us about 8 months ahead," she said. "It does [feel like giving birth]. I feel like I'm the mother of of all these babies."

For almost two decades she's been building a fashion empire - but it all started by accident! Yang was born in Taiwan, and from a young age she was interested in design and art. Her family moved to the Seattle area when she was a kid, and by 1999 Yang had grown up, graduated from U.W. and was working as a graphic designed at an architecture firm - when she was invited to take part in a charity fundraiser.

"They provided me the white paper and said 'Here! Here's the product. Make a dress.'"

That's when Yang created her monarch print, her first dress. As the plain paper underwent a metamorphosis, so did she.

"Through that whole experience of the three months that it took me to do that dress, I I fell in love," she said. "I fell in love through that time and I said 'I have to do this every day of my life.'"

She started her business on a building on Fourth Ave., designing bridal gowns, and her work has been soaring ever since. Today her showroom is located a few blocks away, at the Fairmont Olympic Hotel.

Wedding gowns are still a cornerstone of the company.

"Your wedding day for a lot of people, it's the most special day of their lives," said Yang.

The brand has continued to spread its wings. In 2008, Luly Yang became the first American couture designer to open a boutique in Beijing. Today, her work is sold all over the world.

Over the years, she's designed countless couture gowns and cocktail dresses, including many incarnations of the monarch motif.

"I have a notebook with me at all times and when I have a moment to actually rest and sit down, ideas come to mind and I have to write it down quickly or do a small sketch," she said.

Just steps away, downstairs her creations come to life in the sewing room.

"I think the beauty comes from the details from the wearer who enjoys it," said Yang. "I think that relationship of the person wearing the garment with the garment is more important that what people see. Whether it's a uniform for 20,000 people or a garment for one person for her wedding - I think it's all the same."

Speaking of uniforms, Yang recently designed the uniforms for Alaska and Horizon Airlines.

"It was such an honor to be called," she said. "And I was surprised because it's not usually what I do. But through the last three years of this development process with the employees and the company and the people who make Alaska and Horizon who they are - I think they picked the right designer.

After nearly 20 years as a designer, there's a common thread that runs through all her work.

"Part of the beauty of why I went from the architecture world to this fashion [one] is because I wanted more intimacy with my clients and I wanted that very close hands-on service," said Yang. "This is just one of the most personal things that a designer can have.

Like the monarch butterfly that's always inspiring her, Yang is truly fashion royalty.

"Really seeing what people want and listening to what they need and what would make them feel the most beautiful, the most confident - I'm very blessed that I get to do that very day."