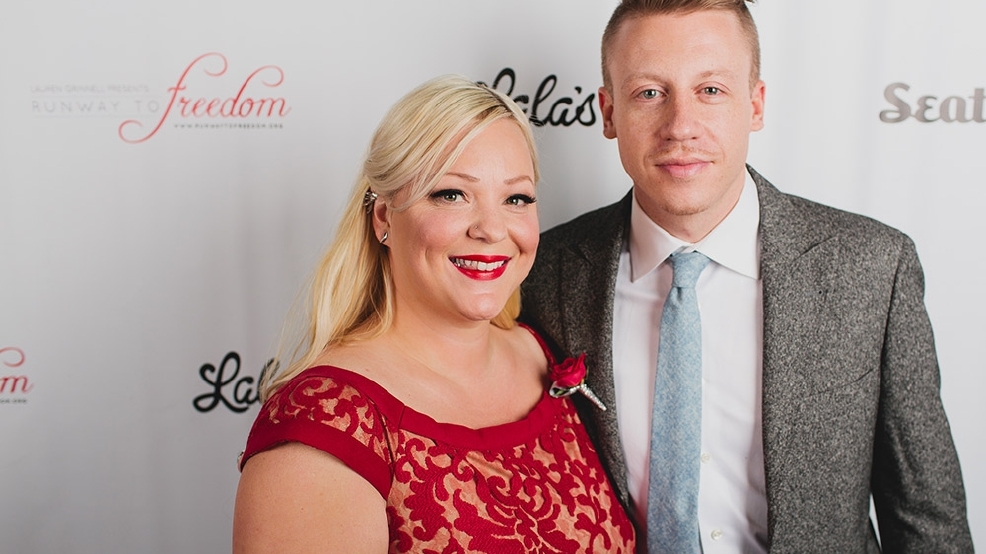 Hundreds of attendees and celebrities (Macklemore included), came out to The Showbox on Friday for Runway to Freedom (RTF) - a fashion show aimed at empowering domestic violence victims by raising funds through fashion shows.

Lauren Grinnell is the founder of RTF, and was inspired to create the non-profit after volunteering her hairstyling services at a local shelter. Having come abuse herself, it was important to her to share awareness and raise money to help other victims. When you can mix your passion and trade with giving back, it's the best of both worlds," said Grinnell. This weekend's event benefited Mary's Place, a local non-profit that has a history of creating a safe environment for homeless women, along with providing housing, meals and even employment. The main fundraising opportunity was the live auction. Local rapper Macklemore was in the audience and bid with alongside the other guests; and totaling over $20,000. Grinnell says the combination of Mary's Place supporters and the superstar helped them raise, in one night, double what the organization had raised since 2010. "Macklemore was our host the first year and he's my best friend," said Grinnell. "We have an amazing friendship, and I always supported him during his rap career. He wanted to do the same."
Local designers like Justin Zachary Bartle and Jamie von Stratton strutted their stuff during the runway show, while musicians Luc and the Lovingtons were so entertaining guests rose to their feet to dance in the rows. Rising star Jairemie Alexander's Alive was the event's theme song, and throughout the night domestic violence victims told their powerful stories, which silenced the entire crowd with details of their experiences. While the night was a huge success, you can believe that Grinnell is already planning the next Runway to Freedom event.

Looking for cheap and easy parking in Downtown Seattle's Retail Core, Pioneer Square or the Waterfront? Find spots in garages & lots for as low as $3/hour at DowntownSeattleParking.com.