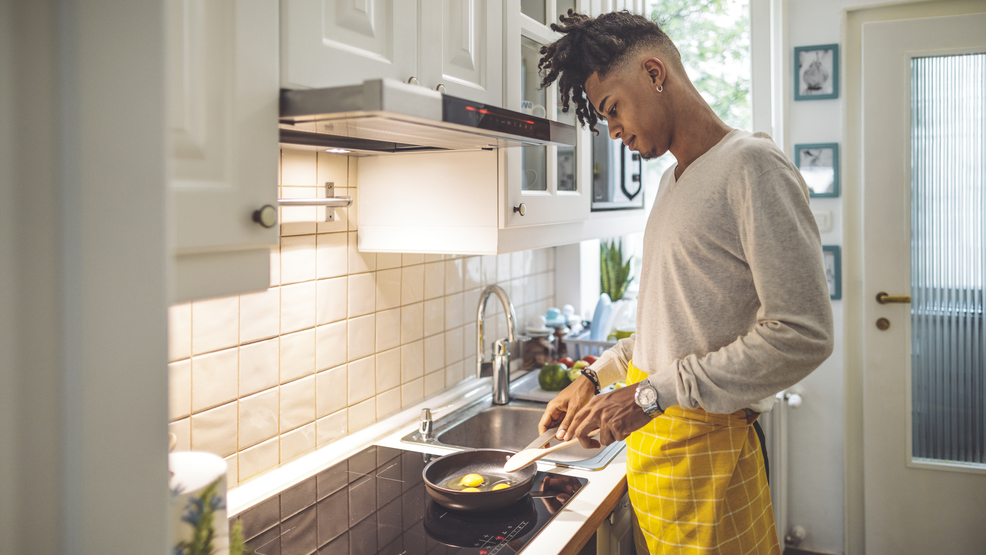 I was vegan for seven years. I became vegan about a month after my twenty first birthday, so the timing of this evolution coincided with the time of life where most people are learning how to grocery shop and cook for themselves. I can spot a hearty bushel of kale from a mile away. I am pretty confident that I could accurately identify most hummus brands in a blind tasting. I would even put money on it. I know how to make a salad like nobody's business. Smoothies? I’m your girl. Roasted sweet potatoes? Oh, yup!

Anything requiring more than a few vegetables? Not so much.

When I stopped being vegan (for a slew of reasons not exciting enough for this article), I had to relearn the grocery store. I realize that this sounds dramatic but it’s true - I didn’t know where the eggs were. I’d never had to buy eggs! I transitioned from my college dining hall plan right into veganism in my on-campus apartment, so I never had to face the adventure of buying animal products in the grocery store. It was thrilling! It was terrifying! It was a whole new world!

The other issue was cooking. In my vegan times I ate a lot of quinoa, salads, smoothies, and pre-packaged proteins like tofu and tempeh. Most of my cooking skills involved boiling water for pasta and/or throwing together a salad. It’s not that my cooking is bad, necessarily (although maybe you should ask somebody other than me), it’s just simple. I like simple. I like knowing what’s in my food and feeling nourished. But still I could stand to learn a bit more.

I stopped being vegan a few months after I got married. My husband loves to cook. He, and I am not kidding, likes to fall asleep doing one of three things; reading Wikipedia, watching sports videos (men!), or scrolling through Instagram cooking pages. He is self-taught and it’s both impressive and intimidating what he can whip up in the kitchen with a few ingredients. He comes up with these delicious, extravagant meals and I’m over in the corner like, okay, so you want a kale salad with that, right?! I don’t feel pressured to cook for my husband. I do however want to be able to cook with him. And to know what he’s talking about. And, because of who I am as a person, I want to be able to do it better than him. I’m a wee bit competitive. Can you tell?

So, something needed to change.

Initially I started reading cookbooks, but those have their own problems. For one, I like pictures. I am the type of person that needs to know exactly how something is supposed to look so that I can mimic it to the best of my abilities. Some cookbooks also referenced skills that I did not have. Did I turn to YouTube? I tried, but there were too many “food bloggers” whose recipes tasted like garbage. Hot, flaming, garbage. I contemplated cooking classes, but my schedule is insane and I didn’t feel committed enough to give up an entire weekend for a two-day course. What would give me the most bang for my buck?

Thankfully, somebody much more tech-savvy than I created Rouxbe (pronounced like Ruby), an online cooking school featuring self-paced classes. It was the answer to my competitive cooking prayers! If you’ve ever taken any sort of online course (mandatory HR trainings included), the set up of Rouxbe is similar. Each course has a dashboard of tasks, quizzes, and videos that you can go through at your own pace. There are courses on things like plant based cooking (likely the only one I don’t need), knife skills, food safety, and more.

I use the same knife for everything, which apparently is not how knives are meant to be used, so I signed up for the knife skills course. Is that why there are so many in my set? Blasphemy. It’s important to note here that I am an incredibly (bordering on dangerously so) clumsy human being. That being said, I found the Rouxbe instruction to be clear enough that I did not cut myself ONE SINGLE TIME during the course. A true miracle. I plopped my computer on the kitchen counter and went to town. You can look for me next season on some off-brand cooking show chopping onions at the speed of light.

I also really appreciated the Rouxbe courses on cooking different kinds of meat. Since giving up veganism I could pretty confidently cook chicken if it was chopped into tiny pieces and incorporated into some veggie (surprise!) stir-fry. While I still am not sure I want to brave my BBQ solo, Rouxbe taught me a ton about picking cuts of meat, what to look for, various styles of cooking, and ways to prep the meat that I’d never heard of. Apparently there are more ways to cook meat than just turn it on high and hope for the best. Who knew?

Rouxbe offers a 7 day free trial on their website.