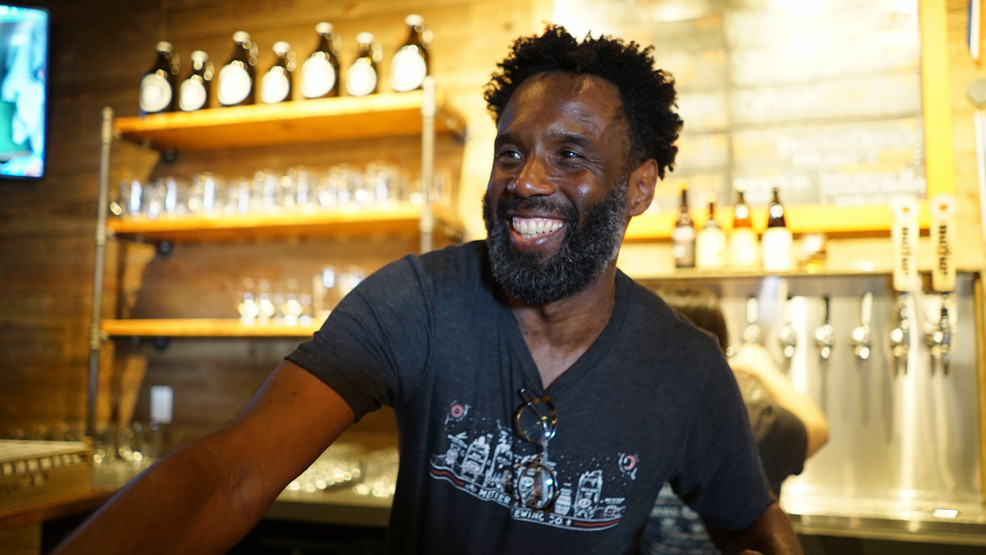 It makes perfect sense then that "metier" translates to “one’s calling." And it seems there's never been a better time to make that a priority.

This welcoming, family-friendly venue has a mission that reflects a passion for great beer and spirited community that's shared by cofounders Rodney Hines and Todd Herriott. Herriott also owns Metier Racing & Coffee — a premium bicycle shop, training space and community hub-cafe in Capitol Hill. While the businesses are separate, the values are the same.

The Metier Brewing cofounders have multiple owners/investors and have designed ownership to leave shares for their employees to be owners too. Currently the GM is the only employee-owner (Hines is the majority owner/CEO).

Hines, a home brewer for some 25 years, has always been curious about the essence of community that has drawn humans into cafes and pubs historically. From the moment the conversation arose about Metier Brewing, he knew he needed to get involved. Hines took a moment of reflection and then asked himself, “If not now, when?”

Throughout his career, he's encouraged businesses to look at success through the lens of profitability and civic responsibility. For him, this establishment is all about “culture and connection,” plus putting intention and integrity behind each thing they produce and do.

This brewery also stands out, as it's one of the few Black-owned breweries in the business — one of only a handful on the west coast and the only one in Washington state. Of 8,237 breweries in the country, only 65 are Black-owned, Hines says citing this stat. “It struck me,” he comments, “we have a responsibility as to how the industry looks.”

With the main goal of making everyone feel welcomed, Hines wants that reflected in every detail from the hired staff to the artwork on the walls (done by women and POC), as well as programming that enlivens the space. In pre-pandemic days, this ranged from trivia nights and panels on topics like inclusivity and diversity in the industry, to performances by live musicians. They showcased jazz talents and singer-songwriters at least once a month, something they hope to return to as soon as they’re able.

A constant refrain for the Metier team: How to create a space that's inviting to all, while still staying true to themselves. Instead of viewing this as a challenge, Hines says it’s an honor to carry this task. And he finds it endlessly rewarding to see their mission come to life within a bustling space.

The team has made a point of using their venue for dialogue and discourse, culture and action, hosting organizations from the Black Heritage Society of WA State to beer museums. There's a fellowship program in the works that will help women and POC get into industry; for this, Metier is teaming up with other local brewers to roll out a comprehensive collaborative program in coming months. During past food-beer pairings, Metier has spotlighted local talents like James Beard Award-winning Chef Edouardo Jordan.

Hines admits there's an "awful lot of intent" behind every single choice in terms of sourcing, like the wine they carry from Vital Wines. This Walla Walla-based nonprofit winery, boasting a female founder-winemaker, focuses on healthcare for vineyard and cellar workers.

In another example, Metier has sourced strawberries for a fruit beer from Bill Thorn of Sky Island Farm, a Black-owned, 15-acre vegetable, herb, fruit and flower farm in Humptulips, Washington.

When it comes to favorite beers, Hines mentions the award-winning Coconut Porter (balanced, chocolate-y, not fully rich), the Kolsch (crisp and fresh, "perfect for a hot day") and the Trail Blazer Pale Ale (on the hoppier side, with citrus notes). The Trail Blazer's artwork by Damon Brown (AKA Creative Lou) honors cyclist "Major" Taylor, while beer proceeds go to the Major Taylor Project.

“I wonder if a reason the beer tastes so good," Hines muses, "is because it supports a good mission.”

Artist Leleita Mckill's photograph is a centerpiece of the taproom.

"When she first came to the brewery, she felt drawn to us and our story," Hines explains. "She said she was with us to support whatever we needed. Leleita installed a beautiful large-scale mural documenting young people participating in the Major Taylor Project."

Pako Macias O completed a label more than a year ago for the TransPyr Imperial IPA, in honor of spirit of the endeavor, celebrating the Tour de France and one of its highest and toughest peaks—the Pyrenees.

A good intro beer at Metier? According to Hines, their award-winning American Wheat Beer. And then there's the brewery's “killer” barrel-aged program (like the Scotch Ale, which has spent six months in a whiskey barrel).

In exciting news, loyal fans can now find find several of Metier's beers at PCC stores. They can also enjoy Black Stripe (a coconut porter) in cans, a collaboration that was done alongside Seattle's beloved Jerk Shack (where you'll find Metier beer on tap). Creative Lou did the Black Stripe label, too.

These days, Metier is all outdoor patio seating. Food trucks can be found there on Saturdays and sometimes Fridays, too.

Food offerings support small business owner Harold Fields of Umami Kushi, a Black chef who makes “beautiful, flavorful” pans, filled with ingredients from lentils and BBQ pork to jerk chicken. Metier is currently working with Fields, who's been perfecting this Japanese street food for a decade, to create interesting pairings with his pans and the venue's beers. They also had the talented chef create a delicious soft pretzel that appeals to Hines's Philadelphia roots.

So what makes this venue especially unique within the beer industry? “The variety of who is hanging out,” Hines remarks. “People are welcomed and seen in a way that maybe they are not elsewhere.”

Plus, if you ride your bike here, there's a final push up a hill that makes a refreshing Metier pint even more worth the journey it took to arrive.