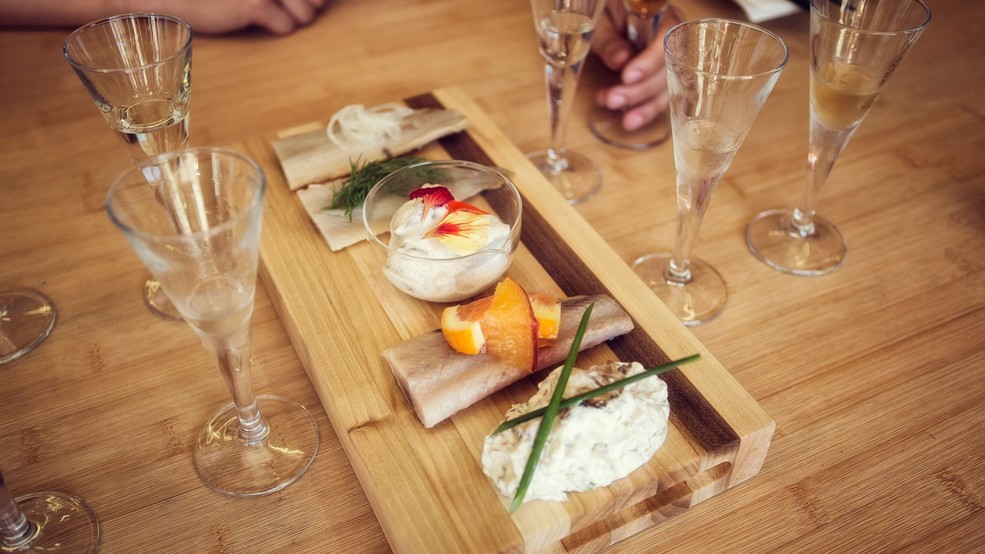 Why You Should be Caring about Herring: Herring Week 2017

A century ago, Seattle’s early inhabitants got their vitamin D and protein from a squirmy little fish called herring. These days, it takes significant effort to find the once bountiful fish on store shelves (even then, usually only in its pickled form) and yet more to find it fresh on a restaurant menu. Except for next week: June 19-25 is the third annual Alaska Herring Week in Seattle and schools of the under-loved but sustainable and delicious fish will be swarming into restaurants and stores around town.

“Alaska herring is one of the region’s great wild seafood resources,” says Bruce Schactler, a herring fisherman and the development director at Alaska Seafood Marketing Institute. While Puget Sound’s own herring stocks have taken a nose dive in recent years, Alaska’s got plenty and they’re willing to share (thanks, Alaska). He also adds that, though the fish come down from the north, it’s still a local industry—many of the fisherman and processors live or are based here in Seattle, and vessels are based here.

The week is part of a push to bring herring back to its one time beloved glory in the region—and to keep some of the stock here in the U.S., rather than exporting it all. Schactler describes the fish as “surprisingly mild,” which may explain why the fish found so much appeal among restaurateurs and chefs—the long list of participants in Alaska Herring Week brings together everything from Japanese stone grill Issian to the high-end Herbfarm. Zachary Lyons, the co-coordinator for the Farmer-Fisher-Chef Connection explains the draw. “The restaurants are ultimately joining because they are excited about restoring herring to our diets because of its regional, historical, cultural, and environmental relevance.” Each chef, he adds, wants to put their own spin on it—“Herring is in almost every ocean, it’s a part of almost every culture around the world, and therefore relevant to the diverse restaurants in Seattle.”

Seafood specialist and Seattle classic The Walrus and the Carpenter will cook the fish alongside casual sandwich shop and newcomer Mean Sandwich—who’ve developed an ode to Seattle cuisine through the years in the form of a teriyaki herring sandwich. Thai (Little Uncle), Italian (Osteria La Spiga), Korean (Joule), Swedish (Swedish Club), and French (Luc) takes all show up on the list—along with stores like Central Coop and Wild Salmon Seafood Market, where you can pick up some fish and try your hand at cooking it at home.

Find the full list of participating restaurants and shops at NWHerringWeek.com, as well as recipes, should you take them home. Happy herring week!