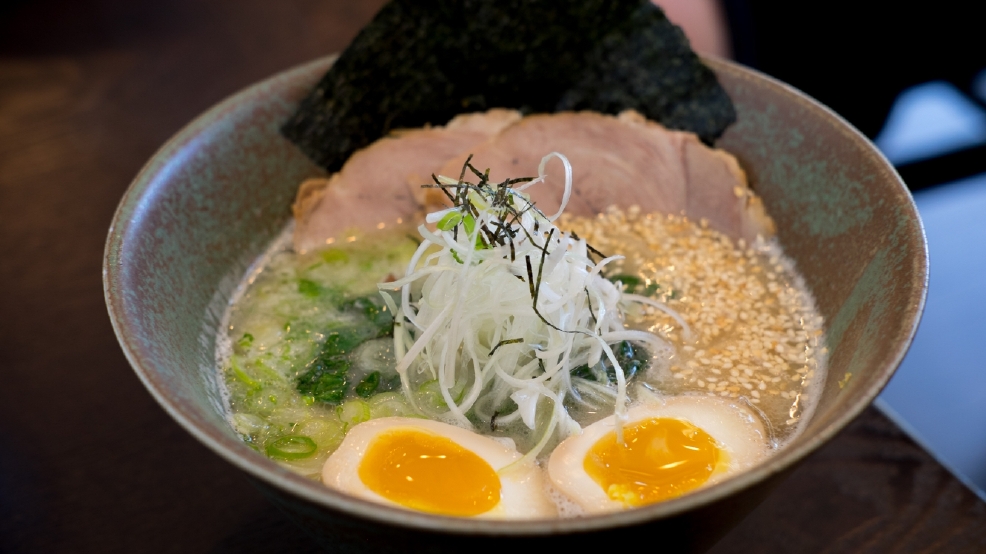 When Ramen Bushi-Do opened last month, Nancy Xia and her husband Jason finally had the restaurant they had always wanted. Sure, their earlier restaurants included the acclaimed Spiced, Twilight 7, and a series of much-loved Dough Zone outlets, but the ramen restaurant was the one they’d been hoping to open for a decade. It’s the one Xia had been training for since 2013. And it’s the one — a tiny strip-mall spot in Issaquah — in which the couple and their team have invested more than $500,000 before it even opened.

Three years ago, Xia traveled to Los Angeles for her first seminar with Kaoru Fujii, the noodle master who runs Yamato Manufacturing (which makes both noodles and noodle-making machines) and an accompanying noodle school. Fujii has trained noodle makers around the world, including Ivan Orkin of Ivan Ramen in Tokyo and New York and the proprietors of U:Don in Seattle. After the class, Xia purchased one of the noodle-making machines, but it ended up going into service at the original location of Dough Zone. The ramen dream was put on hold as Dough Zone opened. And then another branch of the popular dumpling spot. And another. (While they currently have three Eastside locations, Xia hints at Seattle Dough Zone openings by the end of the year, mentioning South Lake Union and Northgate.)

While Dough Zone serves the Northern Chinese foods of Xia’s childhood, Bushi-Do serves the foods she hopes will be her future. From the business side, the handmade nature of Dough Zone’s dumplings makes it challenging to maintain quality and consistency across multiple restaurants. So she took Fujii’s motto, “Never, never, never give up” (three nevers, he confirms with a nod when she repeats this during his recent visit to Seattle to check in on Bushi-Do) and kept trying to build the ramen restaurant. After spending three days last year in Japan at noodle school, then another week at Fujii’s Singapore school location, Xia was finally ready to open Bushi-Do. The school trains students not just in noodle making, but in broths, flavors, trends, and even restaurant management. And for Xia — and her mentor, Fujii — the trend that resonated most was healthfulness. After they eat at Bushi-Do, she says, diners should feel good.

While this is not as obvious in the Issaquah restaurant’s porky tonkatsu ramen, which simply seems like a lighter, blander version than you’d find at other restaurants, the menu brings it about in other soups, like the light, bright shio broth served with a chicken version of the traditional chashu meat and colorful garnishes of oranges, tomatoes, and avocados.

“Noodles came from China,” Fujii explains, but “in Japan they were studied, improved upon.” Now, he and Xia hope to collaborate on continuing to improve on ramen. He knows that the freshness trend for has caught on back in his home country, but still seems unsure how it will go over in the U.S. In the meantime, Fujii and Xia work on bringing healthfulness to the soups through creating everything from scratch. Xia brings out her box of supplies: 30 or so small plastic bottles of vinegars she flavored and umami-laden sauces she made by drying, roasting, and grinding fresh shrimp or oysters so she could avoid using powdered MSG. (This also means those with shellfish allergies or strictly vegetarian diets need to tread very carefully at Bushi-Do).

To recreate the noodles as prescribed by Fujii, Xia searched hard to find not only kansui, the combination of potassium carbonate and sodium bicarbonate used to make ramen noodles, but each of the chemicals separately so that they could adjust the percentages precisely depending on the style of noodle and flour. The soups take a thin, straight noodle, but the thick version used in the salad-like mazeman and the dipping tsukemen is what showcase the freshly-made noodles best.

In the mazeman, stripes of cucumber, salmon, onion, and tomato obscure the spinach noodles bathed in a refreshing, slightly sweet sauce beneath, creating a summery noodle salad. The chilled dish is hardly what most Americans might imagine as a ramen dish, but as Fujii says, “What is trending in Japan hasn’t all made it to Seattle yet.” If that’s what is trending there, along with the thick, bubbling curry broth that accompanies the whole-wheat noodles of the tsukemen, then let’s get on board, Seattle.

Xia and Fujii are still tweaking the recipes and presentations, sometimes in person, and sometimes from afar. Just last week, she’d sent him a photo of the mazeman, only to learn that the cucumbers needed to be in strips so they can be picked up with the noodles. The new version worked well.

It was a minor fix, but it plays into what Xia sees as the future for Bushi-Do. When asked where she sees herself and the restaurant in five years, she mentions more stores and a central kitchen for them, hopes for a good team, but most impressively, a food lab: a place where she can tinker and tweak, to keep inventing and innovating. In the meantime, she’ll be at Ramen Bushi-Do, perfecting the variety of noodles coming out of the kitchen. And you’ll find any smart, hungry Seattleite sitting at a table, slurping them up.