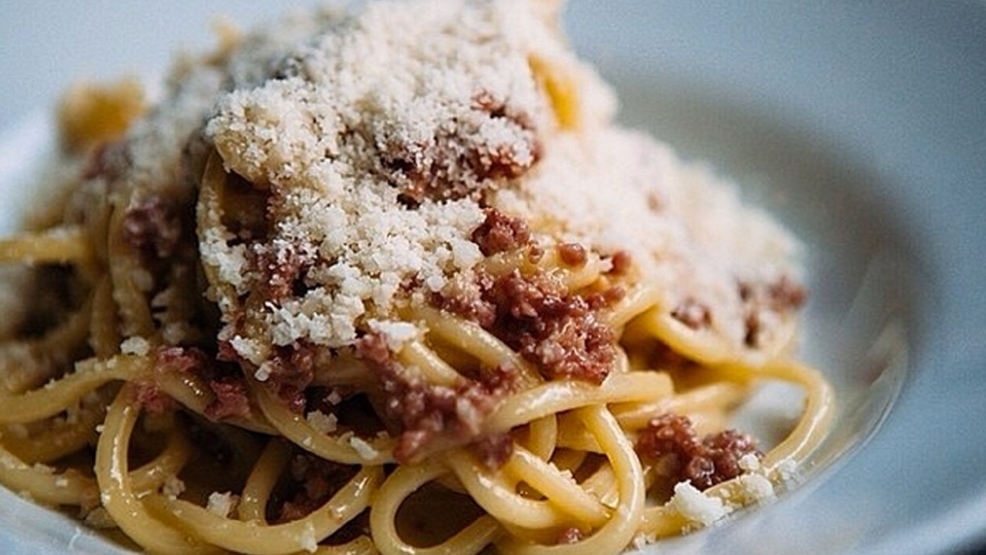 Where to get your pasta fix around Seattle

Pasta. We all love it. And from the looks of the burgeoning restaurant landscape of Seattle, we all want more of it. If you think about it, the Seattle-area is in a gilded age of pasta. We have our stalwarts like Capitol Hill’s Spinasse, Montlake’s Café Lago, and Columbia City’s La Medusa amongst many more. Look around and you’ll see new places opening up (or soon to open up) specializing in pasta. From the newly coronated Il Nido in West Seattle, to the soon to open Carrello in Capitol Hill’s former Poppy space. Also in West Seattle is the latest from Brian Clevenger, Haymaker. And Ethan Stowell is readying his third outpost of Tavalota in downtown Seattle. Surely one could scratch any sort of pasta itch they are after. But what if you need a pasta craving now? What if you couldn’t wait until dinner? Here are a few places to carb up and throw down with when you need pasta with the quickness.

Andare Kitchen
When the Hyatt Regency opened up in downtown Seattle this past winter, their quick serve pasta restaurant Andare Kitchen came along with it. This casual and airy space has a menu of wood-fired pizza in an oven made especially for Andare Kitchen and a team ready to hand roll their pasta. Take for instance their cavatelli; a huge portion of the distinctively ridged shaped noodle awash in a heavy hit of sauce with dollops of ricotta. While you’re at it ask for a side of their spicy-ish meatballs. The vibe at Andare is super casual and just right if you're eating solo.

Due’ Cucina Italiana
Located on the northern end of Broadway, Due Cucina Italiana was the brainchild of two MIT grads from Tuscany wanting to introduce Seattle to their take on healthy quick serve pasta. Stepping into Due, you’ll see their pasta machine whiling away, prepping the pasta that comprises their menu. Here’s the deal with Due; there are about 10 sauces that you can choose from with some vegan and vegetarian options in the mix. Next, pick a pasta shape that you fancy and for between $9-13 you’ll have a bowl of pasta in a few minutes. Easy as that.

GH Pasta Co
When GH Pasta Co opened up last fall, eaters of Seattle took notice. From Brian Clevenger of Vendemmia, Raccolto, and La Messe fame, this is his foray into a casual lunch spot. And you must go. The menu has about seven choices of fresh pasta with various adornments, all for around $10. Seating is only for about 18, but takeaway and preorders are part of the practice. If you’ve been to any of Clevenger’s restaurant you know his deftness with pasta and if you haven’t, now you have no excuse. I'm already looking forward to my next visit.

Il Corvo
The OG when it comes to lunch pasta, Il Corvo. This is Mike Easton’s original spot before his Il Nido brought the hotness. Located in Pioneer Square (the original location was along the Pike Hillclimb), Il Corvo serves up three different fresh pastas each weekday (the pappardelle alla Bolognese is the one available daily). All under $10. All delicious. And a heads up: Il Corvo gets crazy busy. Be patient. Don’t squat at an open seat before ordering. Order and then sit. Trust the process. It’ll all work out and you’ll get a bowl of pasta to treat yourself. And check Il Corvo's Instagram as that's where they'll post the daily special.

Pasta Casalinga
When Pasta Casalinga opened in the spring of 2018 in Pike Place Market, it quickly rose up the ranks of Seattle’s must eat lunch restaurants. Overlooking the Market’s Atrium, Pasta Casalinga features five different pasta shapes with the lasagna and pomodoro the two constant dishes, with a revolving door of styles for the others focusing on the ocean, the farm, and the garden rounding out the menu. Pasta Casalinga is open Tuesday through Sunday from 11am-6pm. Michela Tartaglia is the chef, she was born and raised in Torino, Italy, where she developed her passion for cooking from her mom and grandmothers. Eaters get to enjoy the fruits of her labor and the Market gets another destination worthy eatery on its hands.