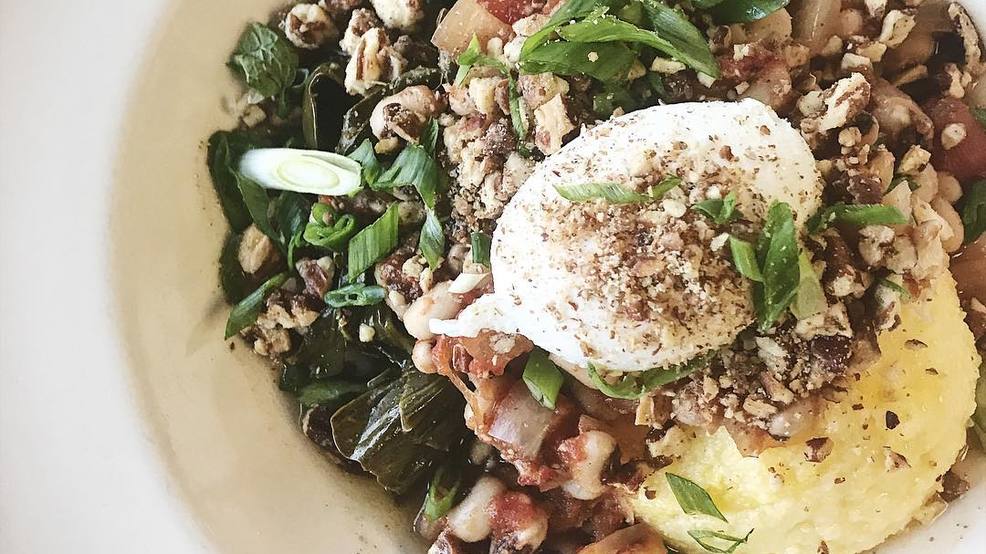 Grain Bowls as SO on Trend Right Now: Here's Where to Eat Them

Bone broth. Green juice. Avocado toast. All trendy menu items that have drawn as much scorn as appreciation in the food world for their ubiquitous cliche touchstones. Chalk it up to people finding ways to incorporate healthful choices in different and interesting ways. And there is another one to join the club; grain bowls.

Grain bowls have always been around; when you think of it, any rice bowl could be a grain bowl. But with the new-ish trend of grain bowls, eateries have found clever ways to create a grain bowl to be healthy, interesting, and most of all delicious. Across the Seattle-area are a number of places where one could chow down on a grain bowl. Here are five of my current favorites.

Bounty Kitchen - Atop Queen Anne, off of the Coffee Junction intersection of Queen Anne and Boston, sits Bounty Kitchen. Since they opened a few years ago, the team at Bounty Kitchen strives for a fresh, local, and organic menu. Take a look at their lineup of grain bowls to see their food story in action. The bowls range in styles and flavors with notes on allergy and restriction considerations. If you're looking for a meaty and rich grain bowl for the winter months, check out the Braised Beef Bowl. Served with greens, brown rice, bok choy, mushrooms, scallions, and sesame seeds, this is stick-to-your-ribs comfort food.

Cherry Street Public House - While most of Seattle may be familiar with the Cherry Street Coffee House local chainlet, some may not be familiar with their Cherry Street Public House off of Occidental Park in Pioneer Square. You should get this place on your eating radar. Especially their Persian stews, known as koresh. When you order the koresh, you have your choice to customize from three proteins (beef & lamb, chicken, or falafel) and three stews. I'm partial to the gheimeh; a savory mix of tomato, yellow split pea, and saffron. The common line to all of the koresh is they are served with basmati rice, yogurt, pickled vegetables, and pita bread (extra bonus points to the fried shallots and shoestring fries). While not a 'traditional' grain bowl in the millennial sense, you won't care as you inhale it with gusto.

Feed Co. Burgers - With two locations in the area (Central District and Redmond), Feed Co. Burgers is a destination if you want to throw down with burgers, fries, and shakes. But their Boosted Bowl is not to be missed. Added to their menu is a seasonal special, the Boosted Bowl is loaded with ingredients: kale, avocado, roasted yams, lentils, pecans, sunflower seeds, beets, and chickpea croquettes that are light as air but packs a wallop of flavor. It's on the menu for $8.50 and is served up in a filling portion.

Manu's Bodega - At this funky space on Prefontaine in Pioneer Square, eaters can expect a slew of sandwiches and plates with flourishes of Latin and Caribbean flavors at Manu's Bodega, but the salads and bowls can stand proudly alongside all the pork on the menu. There are a handful of grain bowl options on the menu, all under $12 and in the case of the Quinoa Salad Bowl, big enough to feed two. Manu Bodega's Quinoa Salad Bowl is a whole mess of greens with quinoa, avocado, radishes, and red onion brightened by a citrus dressing.

'Table - Located at Sixth and Bell on the edge of Belltown, 'Table is a vegetable-focused eatery from Doug Kawasaki and Mark Fuller of West Seattle's Ma'ono. In conversing with Doug, they felt there was an opportunity in town for a delicious plant-based concept. They wanted something filling and fun and the 'Table burger concept was born. Fuller worked for six months on the vegetable mix for the burger and it could stand on its own, not just as a 'veggie burger', but a burger burger. And 'Table offers up their 'Table mix, with pickled beets, brussels sprout, baba ganoush, roasted cauliflower, quinoa, brown rice, medium cooked egg, and yogurt ranch (whew) in their grain bowl. The great thing about the 'Table mix is that it is also gluten-free and vegan.

There you have it. five places in Seattle to get yourself a grain bowl. Yes, healthy. Yes, trendy. But most of all satisfying and delicious. If one of your goals for 2018 is to diversify your food choices and to eat healthier, these eateries will help in that department.