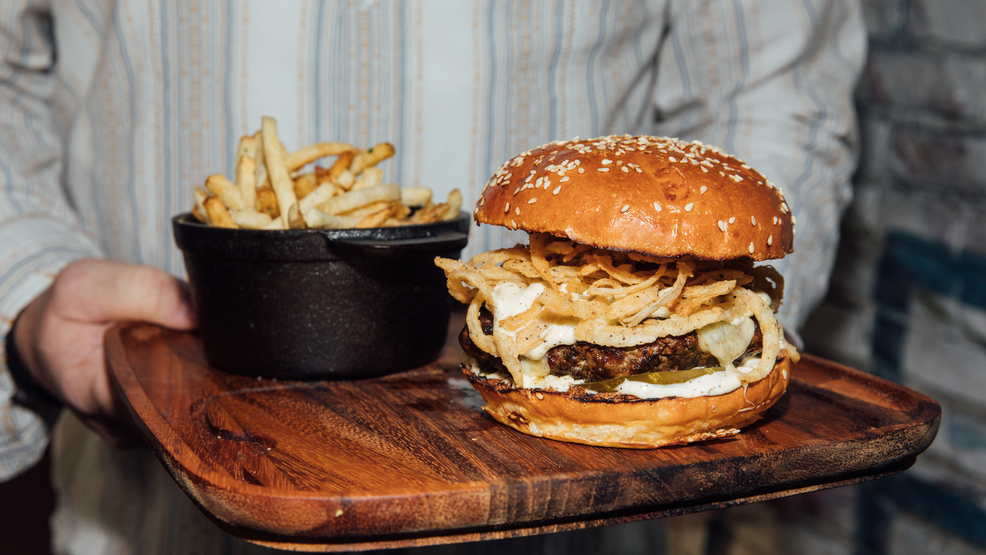 Wheelhouse Restaurant is a farm to table gastro pub located in the heart of Woodinville. (Photo: Wheelhouse)<br><p></p>
SEE MORE

Wheelhouse: A Farm-to-Table Gastropub in the heart of Woodinville

With its terrific trails and pretty scenery, Woodinville is the perfect setting for a new eatery that celebrates this area's rich history.

"Wheelhouse has kind of a couple different meanings," explained General Manager Brooke Bolin. "It originally started with a train station, as the Hollywood Station. It also has some meanings with bicycling and with the wheels and the hub of the neighborhood."

It's located in the former Red Hook Brewery space, and hails from the same folks who brought us Teatro ZinZanni. As a matter of fact, you can see the influence of Teatro reflected in the decor - as well as the spirit - of the place. Sometimes you can even see the performers stop by for a snack after their evening performances!

"We are calling it a farm-to-table gastopub," said Executive Chef Pierre Tumlin. "We really are kind of an American hodgepodge of burgers, steaks, fish and chips - things that people are familiar with, but also there’s a little bit of twist in it."

Tumlin was practically raised in the food biz.

"I have a big family. When I grew up in Sacramento, family gatherings were always around food," he smiled. " And then also my family owned a barbecue restaurant."

He's always had a passion for food, even as a kid.

"There was one particular TV show I would rush home after school and watch 'Great Chefs Great Cities' on PBS, and watch all these French Chefs make these most amazing dishes."

Tumlin just knew that was what he wanted to do when he grew up. He went to culinary school, and landed a gig with someone you may recognize from the show 'Hell's Kitchen.'

"I worked for a very famous chef in New York City," said Tumlin. "His name was Gordon Ramsay. I worked there for a year and that’s about as much as I can say...sworn to secrecy."

But the boss Tumlin knew was very different from his TV persona.

Also a very nice guy - Tumlin himself, who gave us the 411 on making one of their most popular sammies: the Impossible Meat Bahn Mi Sandwich.

"A Bahn Mi is kind of like a mixture between Vietnamese and French cultures," Tumlin explained. "It usually comes on a baguette."

It starts with 3 pounds of their 'Impossible Meat' - which is 'impossible' because there is no actual meat in it, it's actually plant-based. Chef added in a few more ingredients, like a sweet chili sauce made wth ginger garlic soy sauce and sesame oil, and some sweet chilis, topped with chopped scallions.

Chef handcrafts some meatballs and coats them in more of the ginger sweet chili sauce. Then, into the oven to bake, while a French baguette toasts on the grill before being slathered with garlic mayo, topped with cucumber, veggies, and pickled japaenos. Add in the Impossible Meatballs, and you've got a downright delicious sandwich, packed with textures and flavors.

Whether you're taking a break from riding the trails in Woodinville or craving a fabulous meal, Wheelhouse should be in your... well... wheelhouse!