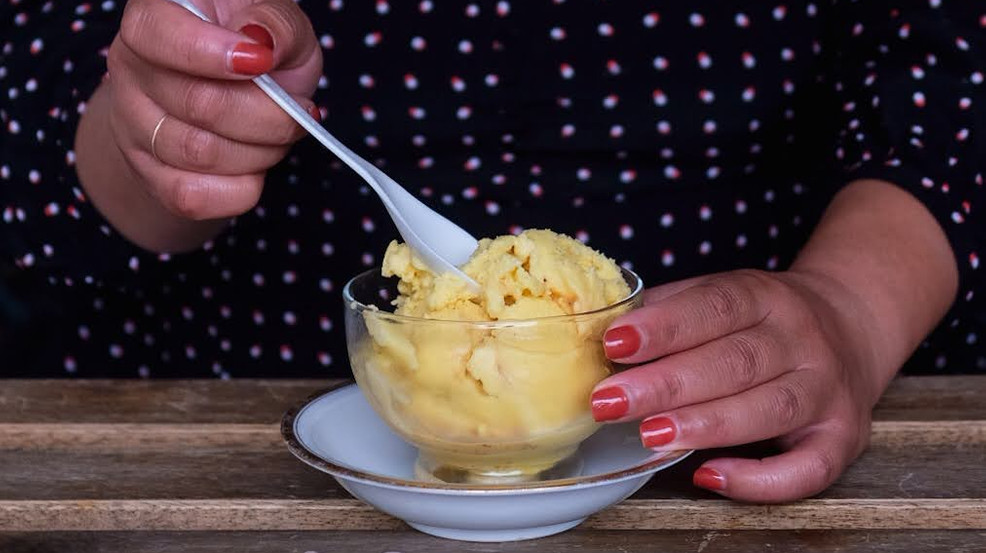 After a small hiatus, chef Kryse Martin is back and stronger than ever with her new line of handcrafted ice cream simply (and aptly) called KRYSE. As a second-generation Filipina-American born and raised in San Francisco, Martin strives to create and develop a delicious menu that not only embodies her upbringing but everything else that inspires her.

"I feel like as young children of immigrants, or immigrants, we are always trying to bridge the generational or cultural gap, and food always does it," said Martin. "I don't primarily focus on the Asian and Filipino inspired flavors, but I do a lot of it. Even though I am second generation, it was very much a Filipino household that I was raised in, and me creating the Asian and Filipino flavors was my way of drawing my people to me."

Martin got her start as a chef back in 2010, where she was the co-founder, owner and operator of Happy Grillmore food truck in Portland. After four years in Oregon, Martin moved to Seattle, where she co-founded and owned three more Seattle-based eateries — all while raising her three children.

KRYSE is not Martin's first ice-cream venture. As a self-taught chef, Martin has always loved ice cream as a sweet treat and was the co-founder and owner of Central District Ice Cream Company, CD Ice Cream and Seattle Freeze. After taking a step back from the day-to-day of her businesses, Martin started working as a kitchen manager for chef Kristi Brown from That Brown Girl Cooks, as well as working in Tarik Abdullah’s Coyote Central based community kitchen project.

"Everybody had been asking me if I would ever do ice cream again," said Martin. "I didn't think I would, but I am good at it, so I decided to start back up."

KRYSE handcrafted ice cream is currently available for order and pick up at The Station Community Coffeeshop and primarily uses ingredients sourced locally here in Seattle.

"I add one new featured flavor per week, so I can have as little as one flavor available or maybe five," said Martin. "But that is what is exciting for the public; each week is going to be something new."

As far as finding inspiration for her decadent flavors, such as Miso Caramel and Pineapple Li Hing Mui, Martin said that her creative process is not linear.

"I try to go by the seasons," she said, "but sometimes it can be just wanting nostalgia, or whatever else comes to mind. I draw my inspiration from everything, even songs."

Martin has been working on this solo project for the past two and a half months, and it is an entirely one-woman show.

"When I first started, I was a little wary that people wouldn’t remember me, so I started with just one flavor just to test if people would remember and even be interested in what I was doing," she said. "And they are, and I am so grateful."

Like many businesses and industries, the coronavirus pandemic forced Martin to pivot and adapt while simultaneously revealing a silver lining to support small businesses.

"In terms of our physical locations, obviously [the pandemic] hit us hard, and we had to close the businesses," said Martin. "But for my own personal business, it actually has helped me because people are wanting to order and support local, and even though it is 30 degrees outside, they are still inclined to order ice cream knowing that they are going to be picking up this pint and eating it in the warmth and comfort of their own home."

From inspiration to final creation, Martin pours her soul into her handcrafted pints. Each bite is not only a sweet experience of craftsmanship, but a peek into Martin's life. What makes Martin's ice cream unique?