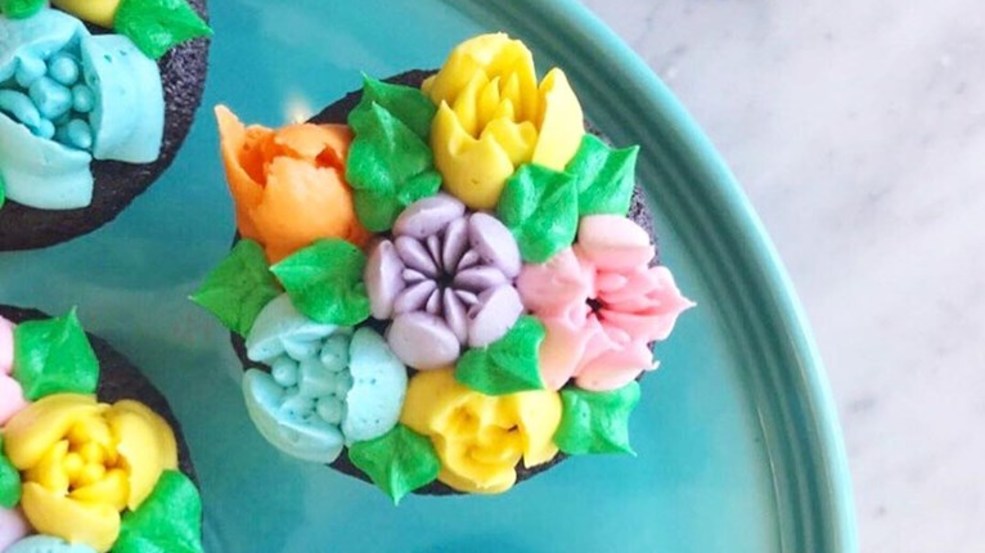 Trophy Cupcakes celebrates a dozen years of The Sweet Life

Trophy Cupcakes takes the prize for darling and decadent desserts.

"Here at Trophy we always have about 14 different flavors of cupcakes every single day," said owner Jennifer Shea with a grin. "And so you can see things like Cookies and Cream, Vanilla Chocolate, Lemon Meringue Pie... the popular YUMFetti."

Shea has had a passion for cooking up fun and flavorful treats for as long as she can remember.

"I basically loved it starting from when I was little kid and just kind of did it in my free time whenever I could," she explained. "I thought of it as a hobby. Just something that was fun on the weekends."

Then - a trip that changed everything.

"So I was traveling in New York and some of my friends said 'There’s this cupcake shop let’s go visit,'" she recalled. "I walked in and that was the moment after all of the years of wondering what to do with my life - even though I was baking In all my free time and it was my passion - I just hadn’t till that moment thought... OH!"

She saw a way to transform her love of baking into a business.

"I think the cupcakes, because they’re so creative and every one is like a little canvas and artwork and you can make them into a million different things," Shea said. "That is where the light bulb went off. And this is what I really want to do.:

A pal came up with the iconic name 'Trophy.' It's a word that's reminiscent of playing childhood sports and also symbolizes being the best.

In 2007, the first Trophy Cupcakes opened up in Wallingford.

"I don’t remember being scared and that’s because I was incredibly naïve," Shea said, laughing.

They had been open for about a year when she got a call from The Martha Stewart Show.

We heard about your cupcakes we want you to make and mail cupcakes to New York City for Martha to try.

"And I said 'Well I don’t think I can mail cupcakes to Martha - they’re not gonna show up Martha-worthy.'"

Shea ended up traveling to New York, making a fresh batch of cupcakes and dropping them off at Martha Stewart's studio.

"Her producer called the same day and said 'We want you on the show,'" remembered Shea.

The support Trophy Cupcakes received in Seattle was amazing.

"They were doing it live, so our managers at the time had a TV set up in our little Wallingford Shop," said Shea. "And a bunch of people showed up, like a hundred people sitting on the floor in Wallingford watching the show. "

"And I’m still there [in NYC]," she mused. "The line just went out the Wallingford Center, down the stairs and stayed that way for a couple of months."

Trophy Cupcakes has grown organically since then.

"It’s amazing 12 years later to have five locations and all of these employees it’s like Trophy really has a life of its own."

Cupcakes are just one of the items available at Café Trophy in Bellevue.

"Trophy now has French Macarons and right now we’re doing about 10 flavors every single day There’s champagne and wine and you can get cookies and croissants and quiche."

The possibilities are endless. "We’re also doing tarts, cakes, we try to have absolutely something for everyone."

For Jennifer Shea, the best part of this journey has been being part of her customer's lives.

"People go to us for their special occasions so that’s the thing that makes me feel like I’m doing something right.

Visit Trophy Cupcakes online to find out their current cupcake flavors and other delicious offerings.