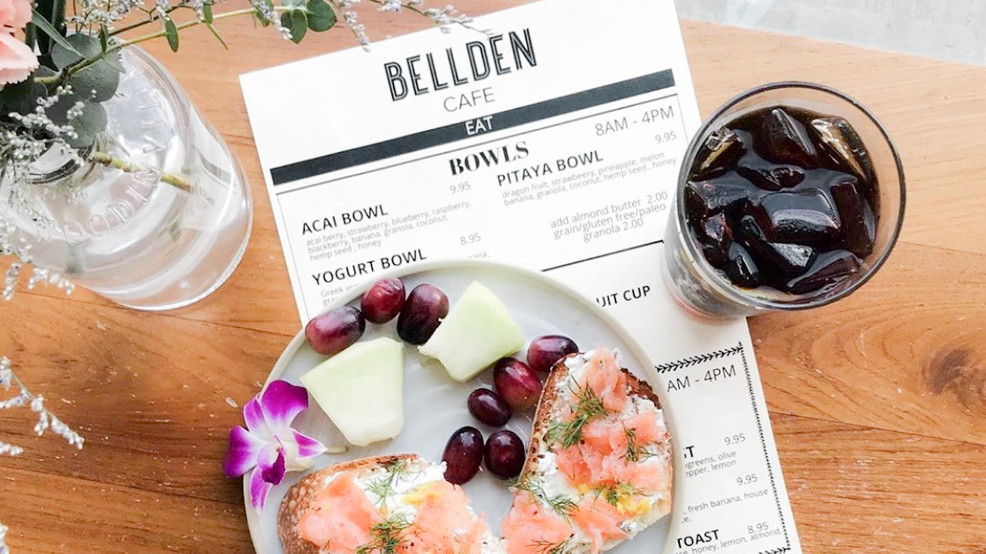 At Bellden Cafe you're always greeted with a smile, even if these days that smile is covered by a mask. Here, Sumadiwirya and her team turn out all manner of espresso drinks, scrumptious toasts and açaí bowls, but really the key ingredient in everything they do at Bellden Cafe, is kindness. In fact, it was just named 'The Nicest Place in Washington' by Reader's Digest.

"Kindness, to me, is a very unconditional act. True kindness is when you help somebody but do not expect anything in return. That's called true kindness," she said.

Sumadiwirya's love of cafes began in school, but it was an experience several years ago that ultimately provided the inspiration to open Bellden. While overseas on a work assignment, her oldest son got sick. He ended up staying in the hospital for several weeks.

"I was [in the hospital] by myself and I really missed coffee. The funny thing is in America we take it for granted, but when you're overseas in Asia or Europe there's no coffee shop on-site in any hospital," she explained. "So one day, the gentleman who cleaned our room, he walked for more than 20 minutes and got me a cup of coffee from 7/11 - and then his wife, she Googled the recipe for how to make American-style chicken noodle soup."

Almost as if by magic, the coffee and soup were waiting on the table in Sumadiwirya's room. A simple act, that touched her deeply.

Hoping to replicate that same feeling in others, she opened Bellden Cafe. Its business model focuses on partnering with local non-profits.

"We make speciality drinks and 25% of the sale price goes directly to one of our charity partners. That's not the proceeds, that's directly from the sale," explained Sumadiwirya. "I also pay my staff up to eight hours a quarter to go volunteer. I want them to connect with the community and give back in any way they want."

Sumadiwirya vets Bellden's charity partners herself, volunteering anonymously at each organization, then going over its books to make sure it's run efficiently. Once an organization is chosen, Sumadiwirya and her team create a signature drink to reflect its mission and values. During our visit, options included the Springtime Latte in support of Vision House in Renton and the Let Me Love You Latte, which benefits Jubilee REACH in Bellevue.

"It has orange, cinnamon and honey. Jubliee's synergy color is orange so we wanted to drink that orange scent to [the drink] and then it has cinnamon to bring coziness to people's hearts," said Sumadiwirya.

That is much like Bellden Cafe itself. Warm, cozy and rooted in the simple belief being nice to people can make a big impact, long after someone has stopped in for a cup of coffee.

"I hope when our customers leave they have a smile from the inside out, and they have a (feeling) of peace and rest. That's what I really want."