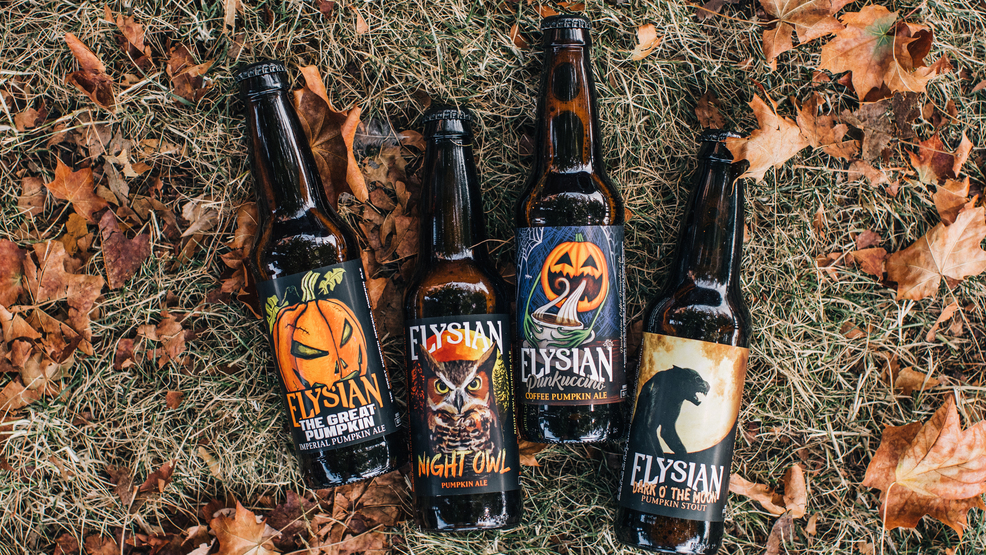 The Weird and Wonderful World of Pumpkin Spice Everything

Now look what you did Starbucks. Americans have always loved pumpkin pie, but in 2003 the coffee giant introduced us to a drinkable version and our world has never been the same. Initially the beverage was meant to serve as a special treat near Thanksgiving time. This year, Starbucks brought it back before summer was even over, on August 27th, the earliest yet.

Despite its name, the original Pumpkin Spice Latte didn’t actually contain any pumpkin at until 2015. Now the drink is made with a syrup that is made with sugar, condensed skim milk and pumpkin puree. Because of its popularity, it seems that every restaurant and grocery store is trying to get in on the act creating more pumpkin spiced-themed goodness. We’ve tracked down everything we could find that is available right now in Seattle from the weird to the wonderful.

Starbucks – Where it All Began

In addition to the original Pumpkin Spice Latte, this year Starbucks coffee shops introduced Pumpkin Cream Cold Brew, a beverage that is “sweetened with vanilla syrup, topped with a pumpkin cream cold foam and a dusting of pumpkin spice topping” which is nicely paired with their Pumpkin Spice Madeleines, Pumpkin Cream Cheese Muffins, Pumpkin Scones or a slice of Pumpkin Bread. Want to go off the menu? Scary Mommy explains how to order a Cinderella latte, which is a blend of the famed PSL and White Chocolate Mocha.

But you don’t need to actually go to Starbucks to get that PSL you crave. Starbucks “Coffee at Home” grocery line offers a variety of products including a coffee creamer, ground coffee, VIA instant coffee packets, K-Cups, bottled ready-to-drink bottles and Pumpkin Spice Cookie Straw wafer cookies.

Pumpkin Spice is not just for lattes anymore. One of the more unique drinks we’ve found this year comes from Juice Box offering a Pumpkin Shake made with a spiced pumpkin compote, pepita date milk and Himalayan sea salt.

For something harder, The Seattle Cider company offers a Pumpkin Spice Cider made with a mix of Granny Smith, Fuji, Red Delicious, Golden Delicious and Gala apples; cinnamon, nutmeg, allspice, cloves and “just a touch of pumpkin” available in draft and cans.

Elysian Brewing offers a full line of seasonal flavors including Night Owl Pumpkin Ale (brewed with pumpkin puree and spiced with ginger, cinnamon, nutmeg, cloves and allspice), Punkuccino Coffee Pumpkin Ale (made with Stumptown Coffee) and The Great Pumpkin Imperial Pumpkin Ale (created with roasted pumpkin seeds, cinnamon, nutmeg, cloves and allspice). They even have recipes on their website that include a vegan Pumpkin Streusel Loaf Cake, Pumpkin Goat Cheese Fettuccine Alfredo and Pumpkin Chorizo Chili all made with their brews.

It’s hard to beat the old standby, but there are a few places in Seattle willing to break out with their own twists. On Capitol Hill, Pie Bar is just what it sounds like — a bar that sells slices of pies while Café Pettirosso serves up individual crustless pumpkin pies with a marshmallow topping.

The simply named Pie in Fremont offers a Pumpkin Chai Spice Cream and Pumpkin Pecan in addition to their traditional pumpkin pie choices. They even offer a “mini-mini” size. Speaking of mini pies, atpie offers dozen and half dozen batches of their mini Pecan Pumpkin pies on their website.

For those who love their pie the traditional way, you can’t beat visiting the Dahlia Bakery, A La Mode Pies, Bakery Nouveau and the Snohomish Pie Company (who also have a location in Mount Lake Terrace).

For those craving pumpkin flavor but in some other form, we suggest trying Simply Desserts’ Pumpkin Orange Cake but it comes with a warning. It is a dense cake and very filling. You won’t need to eat another meal for hours. Other choices include the Brown Butter Pumpkin Cake from Deep Sea Sugar and Salt. We haven’t tried this ourselves, but their other cakes are a-maze-ing so we can’t imagine that this would be any different.

The Macrina Bakery offers Pumpkin Pie Bars (made with pumpkin, butternut squash, spices and brandy) and Pecan Streusel Pumpkin Pie Bars as well as a Mini Pumpkin Cheesecake served with a cranberry compote. And you can’t beat a good Pumpkin doughnut from Top Pot.

And for something totally different, stop by Ellenos Real Greek Yogurt stand at Pike Place Market and try their Pumpkin Pie Yogurt made with honey, spices and topped with chunks of actual pumpkin pie from Costco!

On the savory side of things, Einstein Bros. Bagels have declared that it is now “Pumpkin Season.” They are offering Pumpkin Bagels and Pumpkin Walnut Crunch Gourmet Bagels with a Pumpkin Shmear (a sweetened cream cheese and pumpkin concoction). Meanwhile, Panera Bread is offering bowls of Vegetarian Autumn Squash Soup (made with pumpkin, butternut squash, honey, apple juice, cinnamon, curry and topped with pumpkin seeds) which pairs well with their Pumpkin Muffins, Muffies (muffin tops) and cookies. For breakfast options, Dennys is offering their popular and not-too-sweet Pumpkin Pancakes.

If there was an award for the outlet that offers the most pumpkin-themed products, it would have to go to Trader Joes. This specialty grocery store is offering some of the oddest (and pretty awesome) foods this season. Imagine starting off your day with pumpkin pancakes, waffles, bread, muffins (topped with pumpkin butter or pumpkin cream cheese) or rolls with pumpkin spice icing.

Plan a romantic dinner meal with an appetizer of pumpkin-shaped tortilla chips and Fall Harvest Salsa. Then maybe a bowl of Autumnal Harvest Soup or Pumpkin Bisque.

Wash down your meal with some Pumpkin Pie Spiced Ginger Brew, pumpkin ale or the mysterious-sounding Pumpkin Spice Almond Beverage.