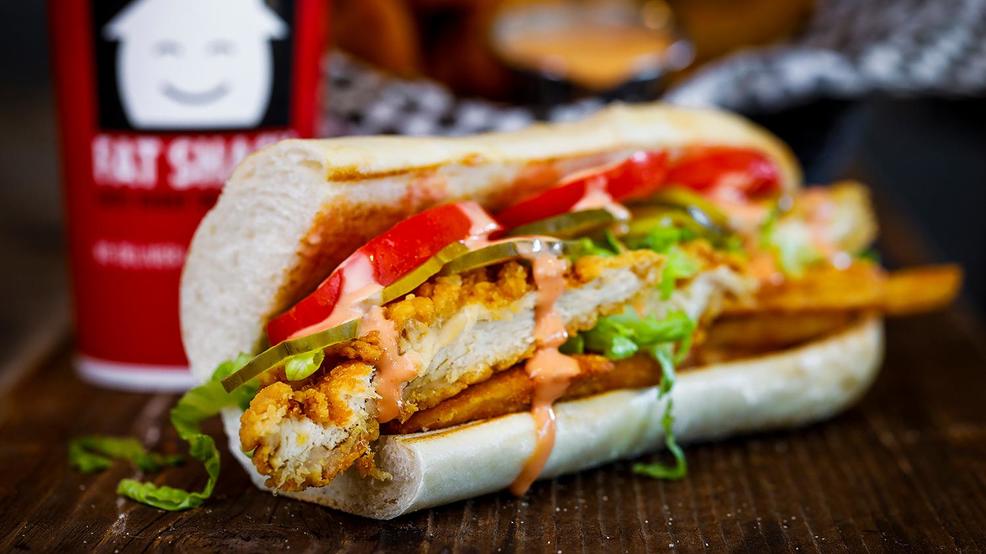 Grab the Antacid: The first Fat Shack in Seattle is officially open

In Seattle's bustling Pioneer Square neighborhood, diners descend down a flight of dimly lit stairs into the underground.

Fat Shack, a "Shark Tank" success story. Its founders struck a deal with Mark Cuban on the hit ABC show. Now there are franchises around then country serving up the type of gut-bustling grub that makes for the ultimate cheat meal.

"We serve gluttonous late night eats from burgers to wings, to our specialty, fat sandwiches," said Tyler Martin, who co-owns Seattle's Fat Shack with his mother Lori. "I believe our calorie counts range from, at the lowest, around 700 to 2,000+ for our big ones. Our largest sandwiches are pushing the daily value. It's not something you meet every day."

Lori and Tyler's outpost is the first Seattle location for the franchise, and here - the fryers are working overtime.

Literally every fat sandwich on the menu includes french fries, along with some combination of chicken fingers, onion rings, mozzarella sticks and jalapeno poppers.

If you're asking yourself if this is too much of a good thing, you're not alone.

"They don't think that it's going to work together as well as it does," said Tyler. "My favorite thing to do is hand them the sandwich, take a few steps back and then just watch their first bite. Their faces light up, it's crazy. They're like, 'I can't believe it's that good. I can't believe it works together.'"

"Who doesn't love all the ingredients?" said Lori. "I mean, come on. You put them all together in a sandwich, what could go wrong?"

"We get a lot of people who have just been to the bars and to the club, and they're coming to eat before they take their rides home," said Tyler. "It is the perfect amount of greasiness to it, and it's sustenance. The breading and everything, it soaks up - you know it's a hangover cure. And I promise you'll feel a lot better in the morning after eating some of our food."

Fat Shack is location at 88 Yesler Way in Seattle. Hours and more information can be found online.