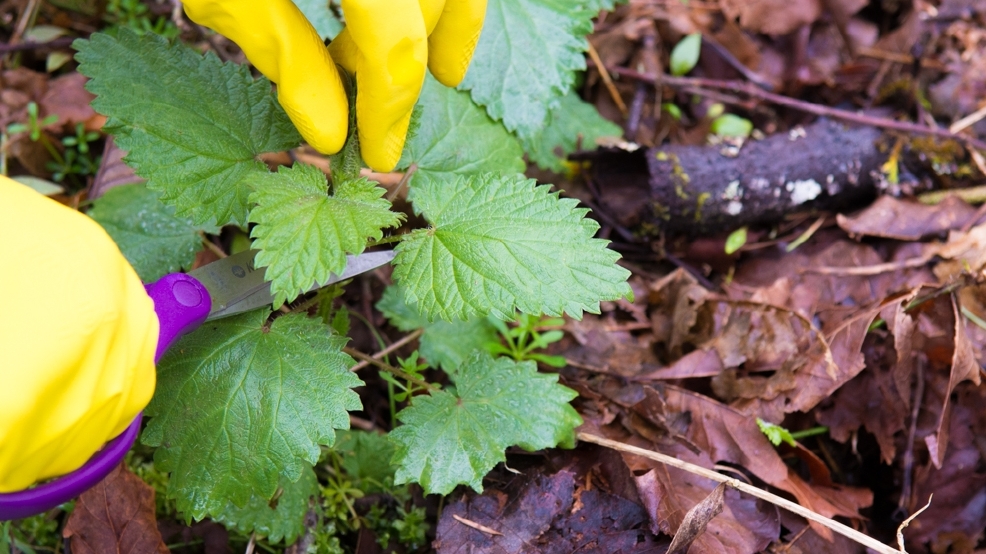 The best sting of spring: forage for nettles

Stinging nettles are both an harbinger of the spring growing season, and one of the Northwest's most easily foraged-for foods. Walking the Washington woods snipping leaves becomes both an enjoyable hike and a productive way to grab some greens for dinner.
Nettles are simple to identify, grow with the abundance of tourists at Pike Place Market on a summer Friday afternoon, and are simple to cook, subbing in for other leafy greens such as spinach like an evil wild twin. Nettles are high in protein, and swing bold, rugged flavor over their heads like a Viking club. Though the physical sting is removed in the cooking or dehydrating processes, the leaves retain a hint of ferocity in the form of a nipping spice. The leaves are clean, fresh, and taste like the beginning of spring, the first plants to have fought their way out of destitute winter. Now, as we enter the heart of spring, is the time to get out and enjoy foraging for nettles, one of those weird, quirky activities that make Seattle such a great place to live.

If you've ever been stung by a nettle while out for a spring hike, learning to forage, in addition to being fun and feeding you, can be a little like getting revenge. For the "Google taught me everything I know" type, Slow Food Seattle president and local foraging enthusiast Leslie Seaton gives a few basic tips on her blog to get you on your way. She recommends dishwashing gloves to prevent stings, suggests checking a field guide before you start to make sure you get the correct leaves, and even shares her Google-fu to help you figure out where to lookjust make sure wherever you go, you're more than a quarter mile from the road (to avoid polluted plants) and you aren't on someone's private property. If going out on your own is intimidating, local foraging expert and author Langdon Cook is offering a class this weekend and often conducts many throughout the season, so keep an eye out on his site.

Once you're headed out, pick with abandon, more than you ever think you might need: remember, they are similar to spinach, and a grocery bag-full will quickly cook down to barely enough for tonight's dinner. Which brings up the next question: what is tonight's dinner with nettles? Some of Seattle's top food bloggers have a few ideas for you. Tara Austen Weaver (whose latest book Orchard House, about her Seattle garden, comes out this week) suggests wild nettle frittata, declaring that it "tastes like spring." Ashley Rodriquez (whose cookbook Date Night In was also recently released) made the nettles she collected into a chilled avocado soup with mint-and-nettle pesto. And another version of pesto features on the blog of Jess Thomson (who co-wrote Renee Erickson's A Boat, a Whale, and a Walrus), this one full of garlic and easy to freeze for later in the season.

However you go, whatever you make with the nettles, being close enough to get out to the woods in the morning and pick greens, then be back in town with plenty of time to cook with them in the afternoon is one of the great pleasures of living in Seattle.