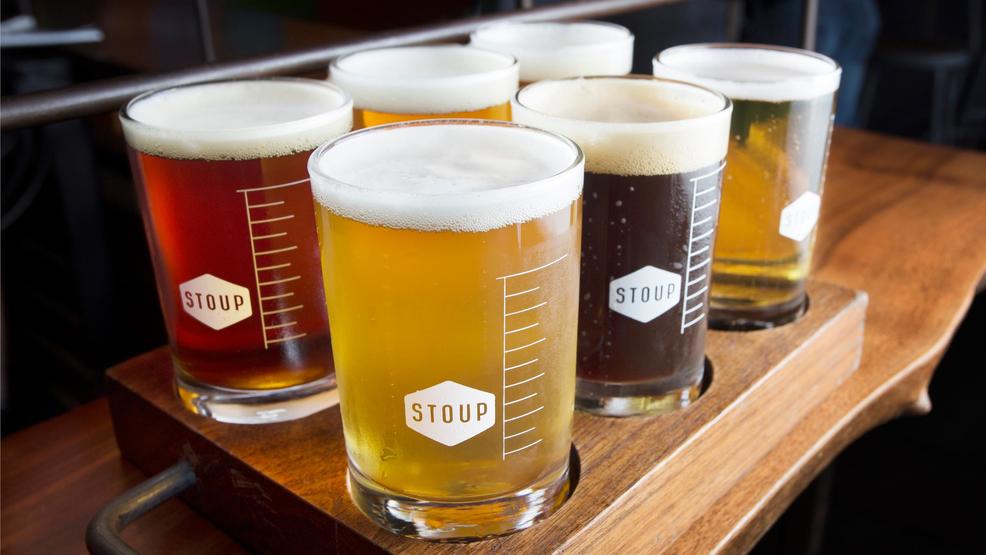 This Ballard brewery is much more than beer, it's a love story

In a city where beer is serious business, Stoup Brewing has quickly become a Seattle favorite. The Ballard-based craft brewery and taproom is perpetually packed with folks enjoying their delicious and creatively named beers.

"We want people to really love that first sip of beer. We want them to love how the beer tastes and we want them to feel comfortable in our space," explained Lara Zahaba.

Lara, Brad Benson and Robyn Schumacher are the co-owners of Stoup Brewing. As it turns out, the story of Stoup is really a love story.

"Brad and I have been together for 25 years," Zahaba told me. "Whenever I tell the story of Stoup Brewing, I actually like to say our relationship was built pint-by-pint because even way back then, all of our dates were happening in the local breweries and brew pubs around Seattle."

Benson also happened to be a home brewer, so when Zahaba's career took them to Hoboken, New Jersey in the late 90's, Brad turned their 5th floor walk-up into a mini-brewery.

"The home brewing in a tiny apartment wasn't working for me very well. Brad had emptied out our refrigerator and the only thing in there was a kegerator," said Zahaba with a laugh.

"The usual things go wrong...I make a mistake and a carboy breaks and there's beer and glass all over the living room," recalled Benson. "I kind of got kicked out of the apartment. Lara's idea was, there was a brewpub that opened up across the street. She told me just go over there and tell them you'll work for free, which is basically what I did."

Benson and Zahaba eventually returned home to Seattle. They got married, had kids and Benson resumed his career as a chemist, but something was missing.

"You might slightly chalk it up to a midlife crisis," said Benson. "I did have a career I'd been working in for almost 20 years...but I was really not happy with the job."

"That's when we asked ourselves why we weren't pursuing something we loved, which was beer. We decided to take that big leap," added Zahaba.

Stoup Brewing was born, but building a brewery from scratch proved to be a massive undertaking.

"I'll put it this way, I cracked four fillings grinding my teeth so stressed out opening the brewery," explained Benson. "Lara and I are pretty much all in."

Benson and Zahaba knew they needed a partner in the business. Enter Robyn Schumacher, a former high school biology teacher who just so happened to be Washington's first female cicerone, essentially the beer industries version of a sommelier.

"People were making quality beer, but once it left their hands a lot of people didn't know how to treat the beer," explained Schumacher of the cicerone certification. "It was designed to improve that service, to teach people how to treat beer well on the service side."

As it turns out, the trifecta proved to be the perfect team, with complementary skills and a shared vision for Stoup.

"We want to make really good quality, interesting beer and we want people to enjoy it. The focal point for us is the community aspect and the beer helps make that happen," said Schumacher.

The crowds in the taproom are proof positive that vision has become reality, because at Stoup you can taste the love in every perfectly poured pint.