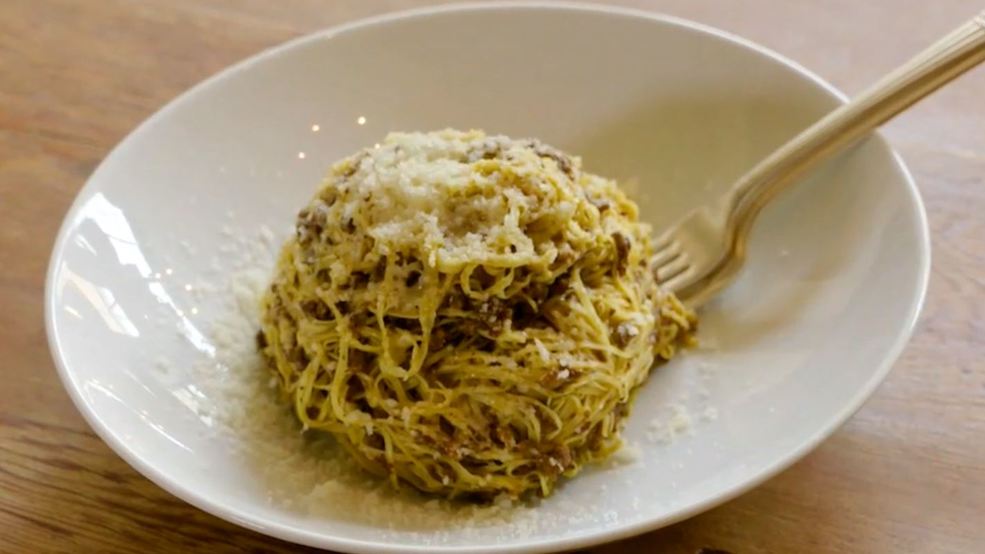 On a quiet corner in Capitol Hill sits a restaurant that has stood the test of time. (Image: Seattle Refined).<p></p>
SEE MORE

Visiting Spinasse, a Cap Hill staple that has stood the test of time

On a quiet corner in Capitol Hill sits a restaurant that has stood the test of time. For a decade, as Seattle has grown and changed, Spinasse has remained a constant. A neighborhood spot that just so happens to be nationally known.

"I think we're very consistent. That's one thing. People come in. They've been in here a couple of years ago. They come back and it's like 'oh it's just how I remember it'," said Stuart Lane, Spinasse's executive chef.

Stuart is the latest in a long line of culinary talents to head the kitchen at Spinasse. He started working here in 2010, left to help open another restaurant, then returned in 2013, first as chef de cuisine, then executive chef.

"It's basically a second home to me now and these people my coworkers...they're my friends, they're basically my extended family. And you really care about them," said Lane.

Stuart's love for his staff is matched only by his affection for the cuisine of Piedmont, a region of northern Italy where he studied and trained.

"There's a lot more butter, there's a lot more dairy-based things. They're very hearty you know. It's a meat-based cuisine. It's not so much like this light Mediterranean type stuff. They're really putting meat on your bones," explained Lane of the region's culinary sensibilities.

One of the staples of Piedmont cuisine is fresh pasta, so naturally the most beloved dish at Spinasse is their tajarin.

The reason they only need two ingredients? It takes 108 egg yolks to make a single batch of Spinasse's tajarin. It's a deceptively simple dish. What sets Spinasse's apart is the freshness of the pasta and the skill of their pasta makers.

Jose has been making pasta at the restaurant for four years. The night I visited he had already formed batches of lamb agnolotti and was in the midst of cutting sheets of tajarin into uniformly thin noodles. By the end of service he will have gone through 50 sheets of the tajarin alone.

Spinasse's tajarin is served simply, with either butter and sage or, in my case, pork and beef ragu. Since the pasta is so fresh it cooks for less than a minute. Then it's expertly tossed in that luscious sauce, an art all its own, each strand evenly coated with rich ragu. To finish, of course, a dusting of parmigiano-reggiano. It's a perfect plate, so delicious it left me temporarily at a loss for words.

That is, perhaps, the most impressive thing about this place. In the ten years since opening it's doors the restaurant has grown and evolved, but the one thing that has never changed, at Spinasse they serve simple, refined food that makes people happy. Stuart and his team don't plan on stopping anytime soon.

"I would love to be here in 15 years and have a 25th anniversary and be like 'we're still doing it! We're still busy all the time and people love it!' And we're still relevant to Seattle...That is what I wish for this restaurant."