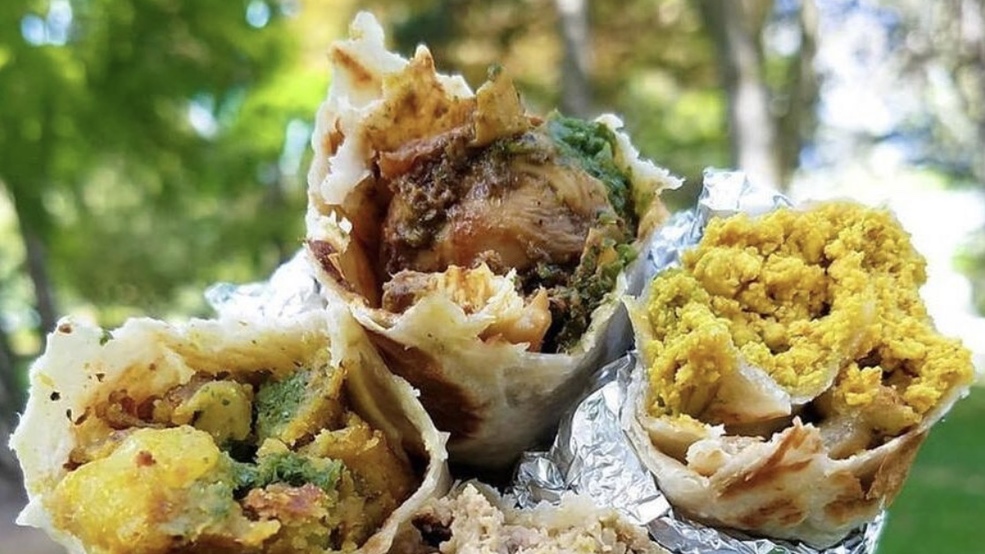 Spice Waala on Capitol Hill knows how to keep customers coming back. Maybe it’s the diverse range of flavors and textures showcased in the menu, with everything from kathi rolls to masala aloo. Perhaps it’s the warm greetings and big grins that meet you at the door from owners Aakanksha Sinha and Uttam Mukherjee.

Or it could be the social justice mission, folded seamlessly into the business’ core values like cardamom into chai.

Whatever the triumph can be chalked up to, Spice Waala’s success is anything but a surprise. They offer something that can’t be found anywhere else on Capitol Hill: cheap, delicious, high-quality Indian food.

“I think especially for Indians, there’s nothing on the hill that makes them feel like home," said Mukherjee. "And we’d like to be able to give them a little bit of that."

Clearly, it’s working. When Sinha and Mukherjee moved to Seattle from Cincinnati in summer 2017, they had only experimented a few times with recipes and taste tests. After moving to Seattle for Sinha’s role as a social work professor at Seattle University - a role she still holds - they decided to open a food truck.

Over the course of a single season at the South Lake Union Market, as well as some other events, they had racked up enough encouragement and feedback to start looking for a permanent location. Their restaurant on 15th Avenue opened in April. Since then, they’ve increased their hours from two days a week to their current four days.

“We’re creating more of a community space within a larger Capitol Hill area, and I think that was the intention but we didn’t realize that it would happen,” says Sinha.

But the communities touched by Spice Waala extend far past Capitol Hill. Part of their mission is a focus on social justice, which they value as a core part of their business, not as an afterthought or strategic marketing move. That means paying employees a fair wage and making them profit-sharing partners. They also offer customers a chance to “pay it forward” by donating to food insecure youth or having proceeds from a certain menu item donated to a partnering organization.

The social impact looks different depending on the organization, but that’s the whole point. Sinha and Mukherjee have made a point of meeting the problem where it is, by asking exactly what an organization needs and how they can help. That can mean donating 400 pounds of rice to the Asian Counseling and Referral Service, or it could mean contributing snacks to a lunch program through Lifelong.

“Why can’t you have a business that’s profitable but still is doing the social impact that it needs to do?” asks Sinha.

But the one thing they’ve kept 100% consistent is their food quality. Because without that, the social justice programs and business model just won’t survive. So, they make sure to cook everything consistently and keep recipes controlled themselves. That’s the foundation they build upon.

The menu is simple. Right now, it consists of ten items on the permanent menu alongside a rolling special that changes every two weeks or so. The menu is divided into three sections: kathi rolls, snack foods and drinks.

[Food for the Soul: A Pike Place Market tour reignited my love for Seattle]

The most popular kathi roll is the chicken tikka, but you should definitely add the paneer masala roll to your order. Think crumbly homemade cheese, green chutney and onions wrapped in roti bread ($7). If you just need a quick escape from the cold, duck your head in for a comforting chai brimming with cardamom and ginger, served with a small cookie ($3).

But the aloo tikki chaat ($5) is the most iconic item on the menu and an absolute must-try. A potato patty with sweet yogurt and homemade tamarind, mint, cilantro and date chutney. All topped with pomegranate seeds, fresh cilantro, red onions and fried chickpea shavings. Trust me on this one!

This is the food that Sinha and Mukherjee grew up eating. The mutton curry and egg curry they watched their fathers cook, the khichuri they turn to on a cold, rainy day, the kheer they celebrate Diwali with. This is the food they would grab in a rush to class or on their way to work in India.

“It’s becoming interesting for people to learn [about the food] because they’ve never seen the diversity... it’s easy to go and get something more palatable for a larger population, but I think we’re crazy like that,” said Sinha. “We like to take those risks... we like it, you try it out. What’s the worst case?”