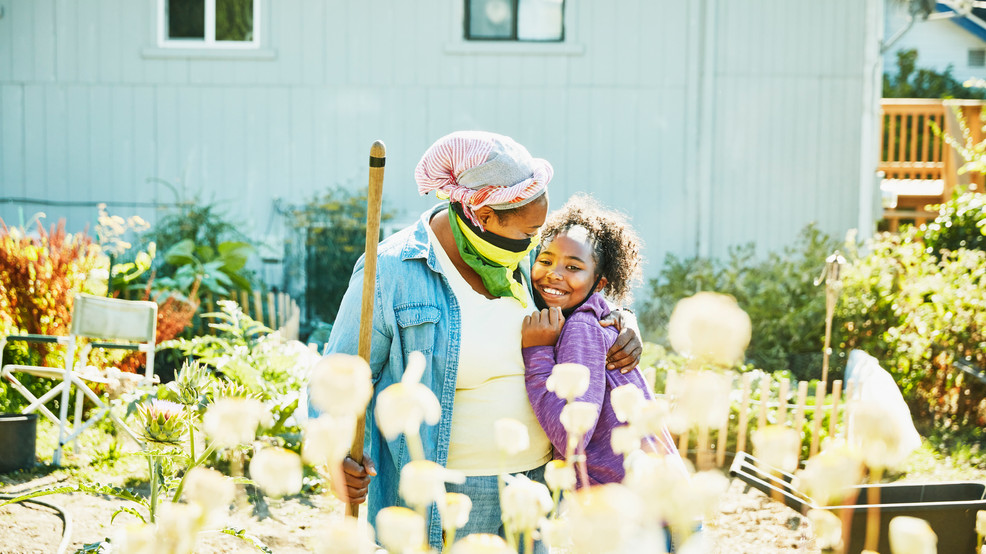 Nyema Clark does not believe in hand-holding — but arrive at Nurturing Roots on a volunteer day (Sundays and Thursdays) and she might hand you a chicken (I held two), send you to plant some starters, set up for a workshop or pluck some tomatoes for a taste-test. Point being, this farm is a place for curiosity and experimentation; you will be encouraged to try, mess up and try again. Unsurprisingly, no two days unfold in quite the same way.

"At first, some volunteers want to be told exactly what to do, but it's like, 'No, I want you to develop that intuitive ability,'" Clark said. "Find your humanity, go out there, mess up, it's ok. The plants are forgiving. It's amazing. Just look at what we can do when we don't have an instruction manual."

This philosophy is at the heart of Nurturing Roots, which officially launched in 2016 (in 2015, it had a "soft launch"). Since then, it's been driven by a different vision for the future of agriculture — one that prioritizes people over profit and seeks to disrupt the commercialization of food with free foraging, community workshops, activist gatherings and the like. Clark will be the first to tell you, this is a shared space, owned by everyone, nurtured by everyone.

"It's about healing, showing folks the benefits of gardening, talking about the life cycles of foods we eat," she said. "A lot of us have never even held a warm egg, right from hatching - we just see it come from the fridge. So we want to prioritize engagement with nature; we don't want to harvest everything and leave it bare - we want to let it flourish, and take it as it comes."

Surge Reproductive Justice, Got Green and Youth Undoing Institutional Racism are just a handful of the organizers that meet regularly at Nurturing Roots. On volunteer days, professional farmers and those who have never held a shovel stand side by side (six feet apart, for now) and work the land. Clark calls this sweat equity; you give the land your labor, and it blesses you with fruit.

"We are surrounded by concrete and technology, and that's helpful, but there is something about a green leaf, or harvesting a brand-new zucchini, that touches us so deeply," she said. "It doesn't cost anything besides some water and your time. Even the folks who are like 'I would not step foot in a garden', they get it."

Clark first got involved with food culture at Pike Place Market, where she sold homemade seasoning alongside produce vendors. It was a successful endeavor, but something was missing; and while Clark was eating well and earning good money, many of her friends and family were not.

"I really wanted to do something that would engage folks with their health practices and their eating patterns. I was eating well and met a lot of local producers, but my friends and family weren't," she said. "They didn't frequent Pike Place Market to shop. So for me, it was about 'how do I give back to the community? How do I hunker down?'"

Clark grew up just eight blocks from where Nurturing Roots now stands in Beacon Hill, where it shares a campus with the Black Power Epicenter. And for all the influence that the farm has had in the neighborhood (and beyond), you might be surprised to learn that it's only a quarter-acre large. As the saying goes, good things often come in small packages.

"It's this oasis - just being able to walk into the space, in the middle of the city, and get that feeling of home, is really special," she said. "A lot of folks come to the space and say, 'Man, it feels like my grandma's house', or, 'That smell, that aroma, all those tomatoes!' It's evolving into this P-Patch where everyone can pitch in. It looks like the most fascinating garden with touches from all people. It's a gumbo mix."

Looking beyond Beacon Hill, Clark and her team are hoping to expand and take over Red Barn Ranch in Auburn, which is currently owned by the city and offers 38 acres of untapped potential (you can sign the petition to support their proposed takeover here).

For now, though, Nurturing Roots is spending the its days continuing to support its community through the pandemic. A few months ago, they distributed Nurturing Your Roots At Home boxes so folks could continue their farm work on their own turf; even amidst so much tragedy, these plants are now blossoming. The growth continues.

"We gave them the visual instructions and the tangible items to stay active at home, and 80 percent of folks said it was their first time growing [outside of the farm]," she said. "So that was really impactful. It's an opportunity to ask yourself: What would your garden look like if you had the chance to cultivate it?"