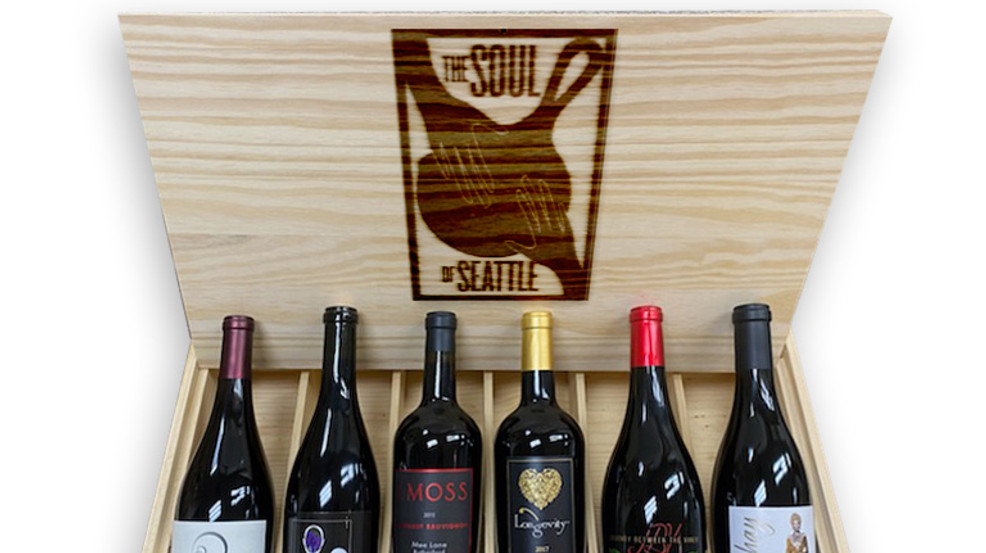 Supporting small businesses has been a major focus for many this past year. Thanks to Edouardo Jordan and the Soul of Seattle, February is jam-packed with opportunities to do just that — specifically Black-owned small businesses.

This year marks the second annual (and for the first time, virtual) Soul of Seattle fundraiser. It aims to celebrate and support Black-owned restaurants, cafes and businesses in the area, as well as raise money for organizations supporting youths of color.

The Soul of Seattle was started by Jordan, the two-time James Beard Award-winning chef who owns Lucinda Grain Bar, Salare and JuneBaby.

"What we often overlook is our beautiful minority-owned restaurants that are sprinkled around Seattle, which are the fabric of our communities," Jordan said in an IGTV introducing the 2021 event. "Without these establishments, which bring so much character to our neighborhoods, Seattle would be a city without soul."

Each Friday throughout Black History Month, which began on Feb. 1, the Soul of Seattle will host virtual events, including cooking demos, panel discussions and even a dance party.

Jordan stated in the video that the inaugural Soul of Seattle raised more than $260,000. This year, proceeds from the event will benefit M.U.S.T. — which stands for "Mentoring Urban Students and Teens." Jordan said a large portion will also benefit the Black business owners who are participating in the event.

That isn't all Soul of Seattle is doing this month — heard of the Black Winemakers Wine Box Collection? It's a box featuring six bottles of wine from local Black-owned wineries, curated by Marcia Jones, the founder of Urban Connoisseurs. The goal is to encourage wine lovers to "SIP CONSCIOUSLY."

"Sip Consciously means being intentional and making a conscious effort in supporting diversity and looking for Black brands to support the Black economy," explained in the words of Angela McCrae, the founder of Uncorked and Cultured.

This box is limited, and shipping begins in March. Soul of Seattle and Intentionalist, the Seattle-based small businesses directory, have also teamed up to offer a ticket voucher pack, a booklet of vouchers to nearly a dozen restaurants, and the Chef Box, featuring an array of food items.

"With the world being overturned with the pandemic, racial injustices coming to light and the collapsing of our government, we knew, even more, this year the event had to go on," Jordan said in the video. "We can't just sit back and contemplate. Let's get to work."

Tickets are currently on sale for the 2nd annual Soul of Seattle. You can also find a schedule of events online.