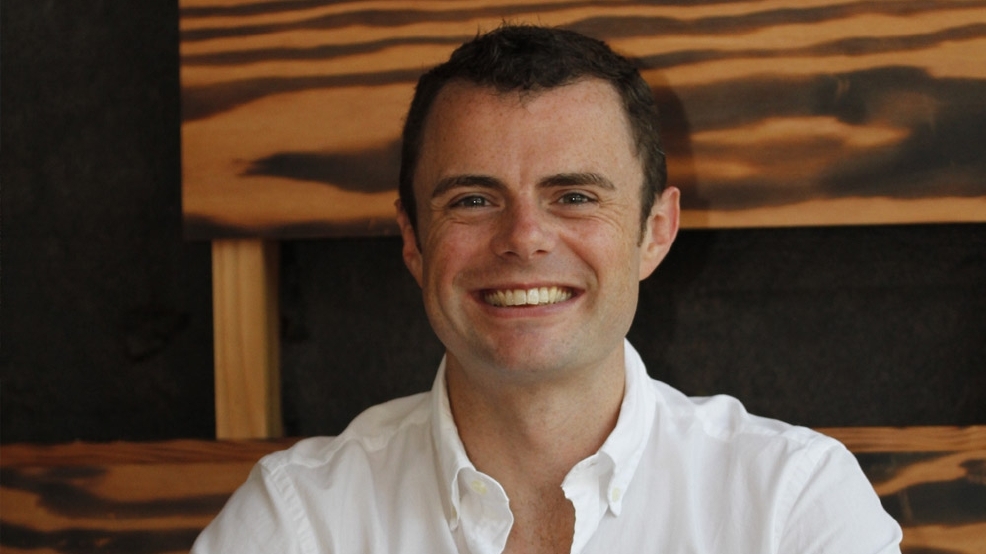 If the trajectory of Chris Tanghe would be tracked over the past year or so, it would be a steady rise. And it would have a massive spike up this spring with his appointment by Food & Wine magazine as one of their 2014 Sommeliers of the Year. These are exciting times for Aragona's Chris Tanghe.


Last year, he received his Master Sommelier from the Court of Master Sommeliers; one of the most rigorous bodies of knowledge tests of any kind. This past winter, he was announced as the wine and service director for Aragona in downtown Seattle. And it wasn't just any restaurant; this was the latest from Executive Chef Jason Stratton (a 2010 Food & Wine Best New Chef) of Spinasse and Artusi and Chef de Cuisine Carrie Mashaney, most recently on Top Chef New Orleans. With that kind of notoriety and scrutiny, the expectations were high. And Aragona and Chris have met them.


I had a chance to chat with Chris on wine, Aragona, and being a Master Sommelier.


Were you always into Spanish wines?


No, not really. My focus was on Burgundy and Bordeaux from being at RN74 and before that at Canlis. With this project, when I listened to Jason's idea for the concept that spoke to the crown of Aragon; parts of Spain, parts of Italy, parts of southern France, and the islands. To tell the story of the crown of Aragon and how Spanish varieties do well in Washington, as there are similar climates in the interior of Eastern Washington to Spain's Ribera del Duero


How did you land on the wine list and how collaborative was the process when working with Jason and Carrie?


The goal was to keep the wines both approachable and appropriate for the food. So there was collaboration with the recipe testing, I'd bring in wines to see how they'd react to the food and we did this over a few months.


As I dove into Spain and areas that were lesser known, I found a lot of fun and delicious wines from indigenous varietals. Like Verdejo and Mencia. In Spain, there is a wider variance in styles with producers than there is in other countries. Look at Garnacha as an example that varies in style. In Garnacha, sometimes you have this red fruit that is light, even tart like cranberries or unripe strawberries with this white pepper perfume note and light in color. Or you can have this dark, inky black fruit, liqueur-esque wine. In a way it could be confusing, but it's also really cool in that the grape can produce so many different styles. This could be due to vine age; older vines produce weightier wines. You can find a lot of old vines in Spain.


What are some bottles you'd recommend as an introduction to Spanish wines?


I like to start with the classics if people aren't too familiar with Spanish wines. There is a lot of credit to be given to Rioja and the traditional styles of Rioja that speak volumes for Spain's identity. I start there for sure. But there are also producers that walk the line from modern to traditional. You can go with a Muga, which has a little more extraction and new oak and maybe a bit more approachable as it's not as savory,; it's more fruit focused than a R. Lopez de Heredia or La Rioja Alta. I like going there.


I've found that a lot of people can relate to Ribera del Duero and its wines, as there are a lot of similarities as far as climate and terroir to Washington wines. If they are really adventurous, I like to talk about Mencia or Verdejo or Cabernet Sauvignon that's grown in these pockets that produce interesting versions of Cabernet.


What are some misconceptions about Spanish wines that you'd like to debunk?


Most of them are tied to Sherry, to be honest with you. Plenty of people haven't had a lot of exposure to them. With Sherry, people definitely have an opinion about them before they're willing to try them, 'That all Sherry is sweet or it's your grandmother's cream sherry'. But the majority of Sherries are not that way. They can be dry, bone dry, or could be salty. That's the one I love to debunk and show people. Especially with the right food, it's unlike anything you'll taste.


Sherry is having a moment and is cool now, isn't it?


For sure, a couple of years ago it went through a small resurgence. But it faded away. Now it's coming back again. With the book that Peter Liem released and a number of articles in the New York Times, the future is bright for Sherry, for sure. People are becoming familiar with them at a much faster rate than before. Hopefully, we can put to rest that 'all Sherry is sweet' stigma.


What advice would you give diners for navigating wine lists?


It largely depends on the place. It's becoming more and more common for restaurants to employ a sommelier. And that's their job. They're passionate about wine and the list. If you're not familiar, you should totally utilize them. Be straightforward and clear about what you like, how much you want to spend; diners would have a much better experience if they consistently did that.


As you worked at RN74, Canlis, Crush, etc., what was the moment where you realized, 'I'm really good at this'? Or what was the bottle of wine that did it?


Everyone asks this question! You know, there wasn't one bottle that did it. It was more a series of 'a-ha' moments through bottles. But I think the point when I wanted to make this my career was when I was a cook for a number of years, and went to culinary school. Part of the curriculum was a wine course. Which was the first time I was exposed to how food and wine can elevate one another. This wasn't a tipping point moment when I wanted to be a sommelier as I was just 18, but I thought it was really interesting.


As I cooked after school and started working front of house, I decided I needed to learn more about wine to make myself well-rounded. I took a course that was taught by a Master Sommelier (MS) and I was totally impressed with his knowledge and how much there was to learn about wine, and how it's constantly changing. I found that I liked front of the house more than back of the house for a number of reasons. And I felt like if I wanted to stay in the front of the house, the sommelier role was the coolest one and most fun. From there, I started pursuing it pretty hardcore.


On the subject of Master Sommeliers, I saw SOMM last year at SIFF and saw how rigorous the preparation was for the test. What was that experience like for you?


For me, I took a long-term approach. In SOMM, they pulled all-nighters. I approached it as a three-year plan, consistently studied 10-20 hours a week, and met with a group of friends that were also aspiring for the MS, and we'd quiz each other and practice the verbal format, because the entire MS exam is in an oral format. So you have to get really used to speaking about these things out loud and being confident about them. With the MS, you need the mental dexterity in order to pass. And that comes with knowing the stuff in and out.


The part I didn't do well was in Tasting. This was the only part of the test where I doubted myself.


What was the glass that tripped you up?


It was for the whites and was an aromatic white. I always had a hard time with aromatic whites and I was on the fence about what it was and doubted myself. And that's what cost me. Which is fine. Because in the long run, I spent the next year tasting; flying around, tasting with masters, and approaching my tasting from a few different methods and really became a much better taster. Now I can nail aromatic whites really well.


It's exciting to get that award because you're a part of the Food & Wine umbrella. It's cool that Food & Wine is giving credit and recognizing trendsetters in wine service.


For sure, that side has been growing steadily for a few years. And I think it's smart as well, since wine is becoming more popular and relevant as far as image, and the reputations of restaurants and wine scenes, within each city go.