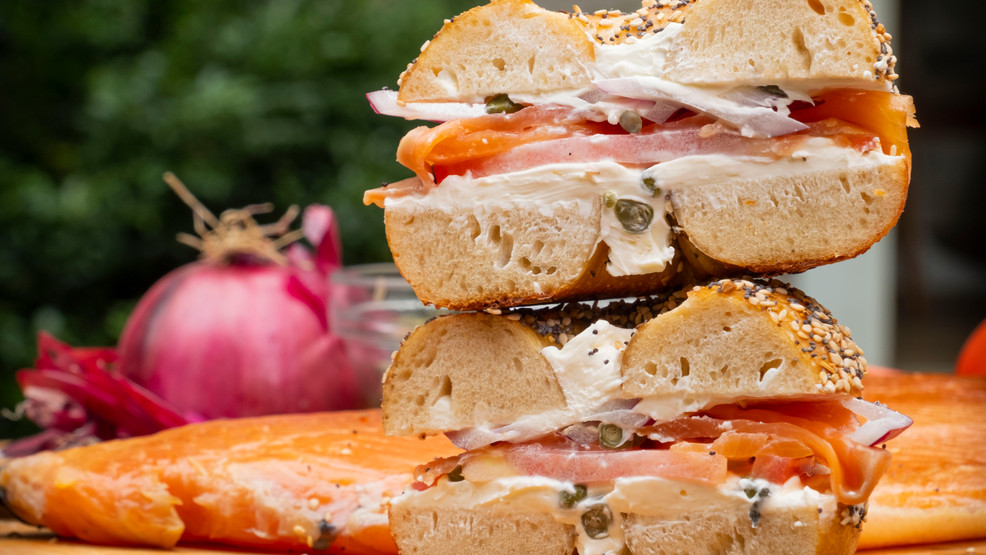 Fish for breakfast? You better believe it!

Nova style lox is a special verity of cold-smoked salmon that goes great with bagels and is easier to find in New York than the Emerald City. Matthew Segal, also known as Seattle's lox-smith (get it?) makes bagels and lox rivaling the best bagel shops on either side of the Hudson River.

“I first moved to Seattle as a sushi chef and I learned a lot about cutting and curing fish there, but when I started getting into bagels, I realized that Seattle and the Northwest has some of the best fish in the world and people aren’t doing the cold smoked process for the salmon,” Segal said.

He saw an opening in the market and went for it.

“I get the fish from a fisherman and scale it, filet it, cure it with salt and sugar, let it cure for about two days, then dry it, then I cold smoke it,” said Segal.

Making nova style lox is not an easy task. Segal said he uses wild-caught King Salmon and the fish takes many days of work to go from boat to bagel.

But the result is worth the effort, especially when paired with one of Segal's scratch-made bagels.

His bagels feature an authentic bagel shop chew-ability. With a properly tough outside and fluffy dreamlike inside that any delicatessen fan will recognize and enjoy.

Segal's love for lox has grown into a small but successful business. Matt said he's hosted pop-up bagel shops around Seattle, sells lox by the pound and hopes to sell his specialty smoked salmon in a few local grocery stores, maybe even open a cafe one day.

So, if your mouth is watering, keep your ear to the ground or just follow Matt on social media. This Bagel's the bomb!