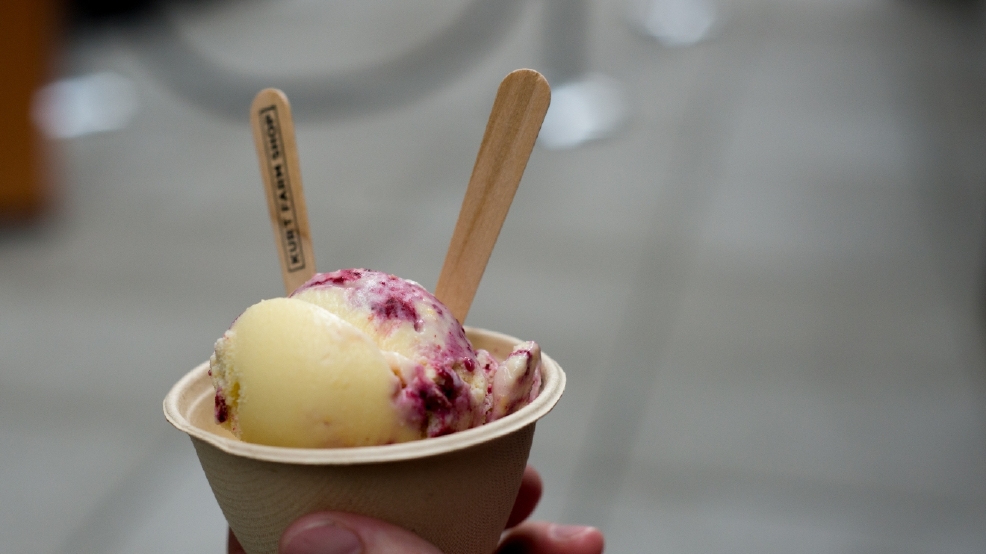 Every summer, Seattle’s selection of frozen treats—ice cream, popsicles, and chilled confections of every ilk—gets better and better. From a cow-to-cone shop that relies on the milk and cream for its flavor (a novel concept in this era of pre-made ice cream bases) to a Vietnamese dessert shop letting you build your own confection out of a base of snow ice (something of a cross between ice cream and shaved ice), Seattle’s stepping up the sweet summer sustenance. Here’s where to head for the latest, greatest, and coolest (pun intended) treats on the street.

The Jersey cream at Kurt Farm Shop on Capitol Hill is as close to a “plain” ice cream as Kurt Timmermeister gets—and it’s anything but. No additional flavorings come into play in this super scoop, but that doesn’t mean it’s flavorless. Rather, the rich creaminess derived from the simple farm diet of his own Vashon Island herd of Jersey cows creates an eggy, old-school delicacy. Many of Seattle’s ice cream shops use a pre-made base, then mix in their own flavorings, so it with this “plain” version that Kurt Farm Shop shows off just why it stands scoop and cone above the rest.

Lick Pure Cream, too, makes their own base, and has been doing so from inside the kitchens of shared spaces, first on Capitol Hill, then in South Lake Union. This month, they’ve opened in an expanded space where you can find chef Michael Darby utilizing his extra room for old favorites like butter toffee or blueberry chai and new options like a vegan hibiscus shake featuring hibiscus sorbet with coconut crème and spiced sorrel elixir.

Best Build Your Own Option

A wave of Asian-style dessert chains washed up in the Pacific Northwest this spring, with Taiwanese shaved ice at Blackball in Edmonds and the long-awaited (at least by those who had tried it elsewhere) coming of snow ice to Seattle via Bambu in the International District. Snow ice, which creates fluffy towers of thin shards of frozen milk, comes out tasting like something between traditional shaved ice and ice cream. Pick a flavor (chocolate, durian, or strawberry cheesecake, for example), a topping (avocado chunks or any number of more mainstream fruits), a syrup, and any number of add-ons such as mango boba or roasted peanuts, and you get to design your own dessert.

Lemon geranium and coconut ice cream, monkey butt (banana and peanut butter crunch), and ras el hanout sorbet might make you wonder if we’re just making up words, but we’re not: we’re just providing a peek into the mind of pastry chef and ice cream entrepreneur Matt Bumpas. His small-batch Sweet Bumpas ice cream makes the rounds of farmers markets, festivals, and fairs, and after each one I hear from people telling me they just tried the best ice cream ever—I don’t need two guesses to know what they ate.