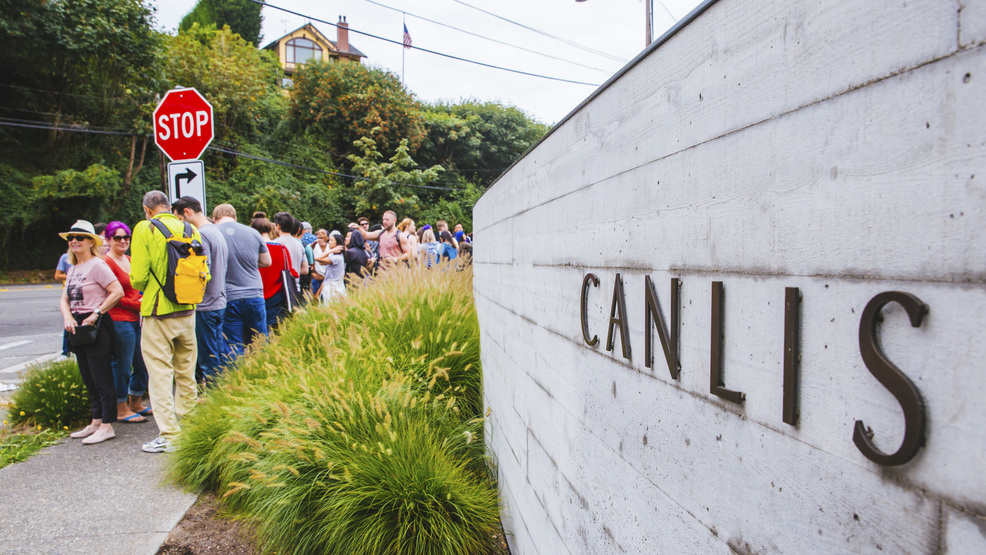 Canlis has called Seattle home for over 60 years, and the James Beard Foundation just announced the premiere restaurant will be receiving their 2019 Design Icon award.

Maybe it was the massive stone walls with a fireplace and breathtaking views, or it might just be the angled walls with transparent, night-view windows. Either way, when Peter Canlis enlisted the expertise of architect Roland Terry, the modern ambiance was installed in every crevice of Canlis.

In order to win the Design Icon award, an establishment must be in operation and it must have remained relatively unchanged for at least 20 years. On top of that, the restaurant must have had influence on subsequent restaurants. Way to go, Canlis!

And as you probably know, this isn't the only James Beard Award Canlis has received! Back in 2017, they took home the James Beard Award for Outstanding Wine Program. Which, according to co-owner Mark Canlis, is "a culmination of what our grandfather set out to do, and what our parents so diligently worked toward, and to what I've been doing for 15 years now."

If you'll be in Chicago in April, celebrate this win for Canlis by attending this year's Awards Gala! Tickets go on sale March 27. Head to the James Beard Foundation website for more information on the organization, and head to Canlis for an award-winning dining experience!