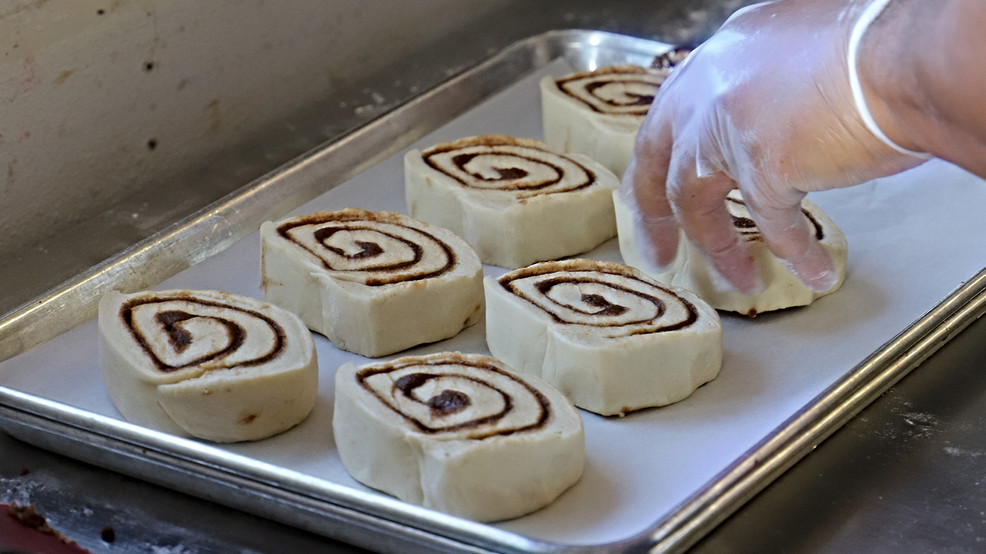 The PNW's only cinnamon roll drive-thru is in Woodinville

Even during the challenging year that 2020 has been, something like a cinnamon roll can still manage to bring a smile to your face.

Seattle Cinnamon Roll Co. in Woodinville has been serving up their decadent delights to people from all around the metropolitan area. But it gets even better, the establishment has a drive-thru — the only cinnamon roll drive-thru in the Pacific Northwest.

Comfort and convenience while ordering carbs? Sounds too good to be true. And during a global pandemic, many guests appreciate options that limit contact with other people (especially if they come with the tantalizing aroma of freshly baked goods).

While drive-thrus may seem impersonal, owner Marotha Pasha expresses the importance of smiling and being friendly to everyone who stops by, something he feels is lacking these days. His wife and sons also help out around the restaurant, which helps add to the warm and welcoming feeling. He's reluctant even to declare himself in charge.

This family business has been a long time coming: though the establishment has only been open since 2019, Pasha's has been a longtime fan of cinnamon rolls and hoped to bring that experience to people one day. His explanation is simple.

"It's what I love, and it's something not everyone can do," he said.

Pasha started working on his craft several years ago, making his first rolls at local festivals in 2013 and continuing to refine his recipe over the years, testing different ingredients, amounts and baking times until perfecting his combination of all three for his original roll, a heady combination of texture and taste. He then felt ready to open his own business, bootstrapping everything and even sacrificing his 401(k) for his vision.

Arriving at this dream was a years-long journey, but even on a day-to-day basis, running a business is time-consuming: He begins at 5 a.m. The rolls take a minimum of five hours from start to finish to ensure it is thoroughly baked, and Pasha often works 18-20 hour days, serving drive-thru and window walk-up customers as well as fulfilling daily Door Dash orders. Through it all, he doesn't complain - "That's the life of an entrepreneur." On top of it all, he values a return to homemade.

"I try to do as much as I can inhouse with the exception of the Nutella that is added to the coffee, everything is made from scratch," Pasha said.

Customers seem to appreciate these efforts, as evidenced by a willingness to endure an occasional longer wait time and the rapid depletion of both sweet and savory items included on their menu (during my second visit, they sold out of everything except two giant pizza rolls, filled with two kinds of meat—and those were going fast). Traffic for their cinnamon rolls on Father's Day had cars backed up all around Woodinville.

Pasha is grateful for the customers. Running a business is hard enough, and during a pandemic, this is even more challenging. But he hopes that Seattle Cinnamon Roll Co. will be not just a culinary experience, but a community experience. He's seen some of that already: as many other bakers panicked earlier this year due to COVID and bought up all the yeast from stores, multiple customers brought him some so that he could continue to bake.

"It was almost like a neighbor from the old days," Pasha said, touched by their kindness.

The business doesn't publicize very much, but its reputation has already begun to spread by word-of-overstuffed mouth. Seattle Cinnamon Roll Co. is growing. In the new year, Pasha has a few redesigns planned for the current location. Once the pandemic is over, he would love to open a dine-in restaurant one day, especially for customers with families. He also hopes to expand in the future to more areas around the Puget Sound, including Seattle proper. He cites other successful businesses that got their start here.

"UPS, Cinnabon, Starbucks, Boeing," Pasha said. "I view this place as a satellite."

Looks like the Seattle Cinnamon Roll Co. is here to stay.

Want to support more small businesses like Seattle Cinnamon Roll? We're proud to collaborate with Intentionalist, an online guide that makes it easier for you to find/connect with diverse local businesses owned by women, people of color, veterans, members of the LGBTQ community, and people with disabilities.