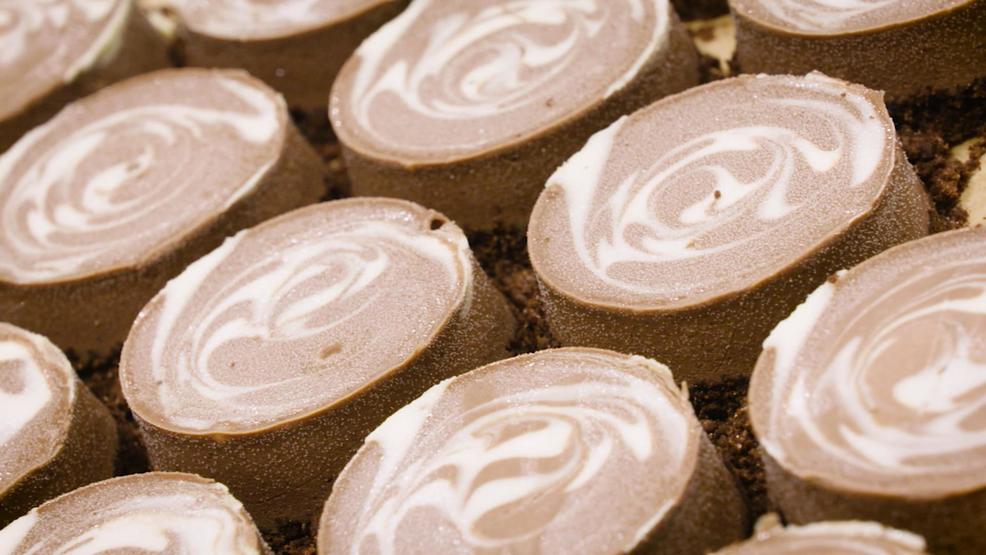 Blaine, WA may not yet be known as a cheesecake capitol...but chances are you've eaten cheesecake from their local Chuckanut Bay Foods, a factory bakery that makes cheesecake.

“We make really great stuff here, mostly cheesecake,” said David Loeppky, the Operations Manager. “If we’re making our small three-inch cheesecake, we can be doing 40,000 a day or so.”

That's a lot of cheesecake.

Three inch cheesecakes are considered "personal" sized, perfect for cheesecake lovers who don't want to share. The cakes come in about 80 flavors, including gluten free and bite size varieties. About 100 people work at the Chuckanut Bay Foods bakery, and Loeppky said it was built from the ground up to bake cakes quickly, efficiently and deliciously.

We donned our hairnets and took a peek inside.

Every cheesecake starts with batter. Bakers are busy cutting huge slabs of butter and combining them with generous amounts of cream cheese, eggs, sugar and other goodies in giant electric mixers.

"We put about 200 pounds of ingredients in each bowl,” said Loeppky.

The batter is mixed to velvety, creamy perfection before being loaded into something that looks like a caulking gun from outer-space.

"That’s what we call our depositor," he said. "So that’s taking the batter out of the mixing bowl and portioning it for each cake."

This batch then receives an artfully applied, berry-flavored topping before being slipped into the oven.

Once baked, the cakes go into a freezer to cool at sub-zero temps. When they emerge, the cheesecakes are labeled and ready to ship out to grocery stores and other retailers across the continent.