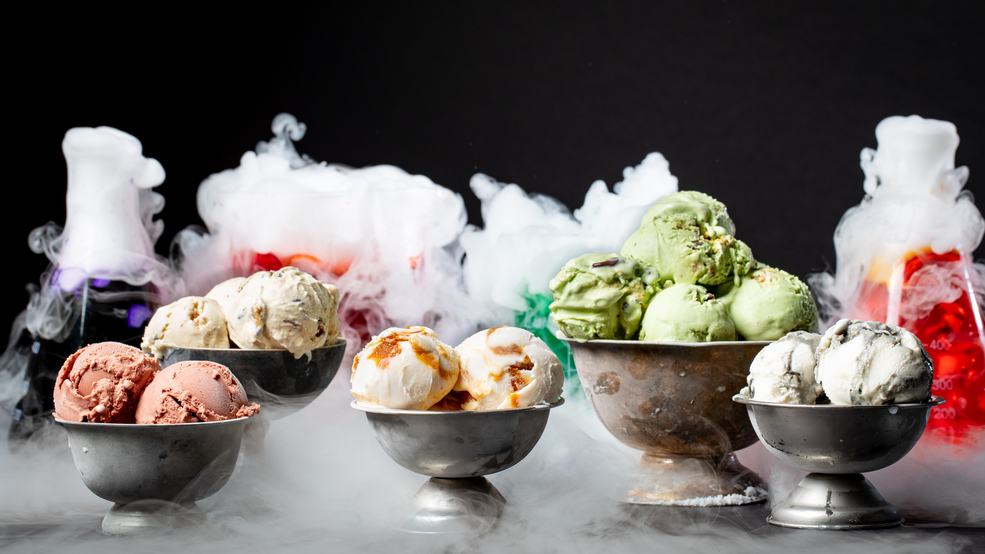 October is all about being creative and indulging in the Halloween spirit. Not-so-coincidentally, it's also that time of year for Salt & Straw to roll out their Spooktacular Series flavors. With eerie like names and terrifyingly tasty looks, you're sure to experience the Halloween spirit after each bite.

But they don't just stop with look, they've CREEPED up the flavors as well! Inside the creamy treats you can find edible insects and even pig's blood! Then there's always less scary ingredients like house-made candy and dried pumpkin tea in these ghoulishly good concoctions. The sinister creations are available at the two locations (Capitol Hill & Ballard) all month long.

Nothing scary about this concoction! Nougat, shortbread and peanut butter are all swirled in caramel, along with chocolate, bourbon vanilla toffee pecans, and a butterscotch ice cream base.

I'll take my ice cream with a healthy dose of toffee-brittle mealworms and chocolate crickets. That's what you'd say if you ordered this combo, dunked in matcha ice cream. Do you dare...

Vegan? No problem. Even if you're not, this caramel, rooibos and blackberry infusions sounds delightful! With a base of August Uncommon Tea, and an infusion of vanilla - this flavor is giving us major PSL vibes.

A blood-curdling chocolate-y ice cream, literally. A Portland butchery supplies the actual pig's blood, cooked with cinnamon, coriander and brandy. "Twilight"and "The Vampire Diaries" fans - this is your time to get in the heads of your favorite characters...

There are those who love black licorice, and those who can't stand it! This flavor is for the former: anise and fennel caramel are swirled with salted lavender ice cream...and it WORKS!