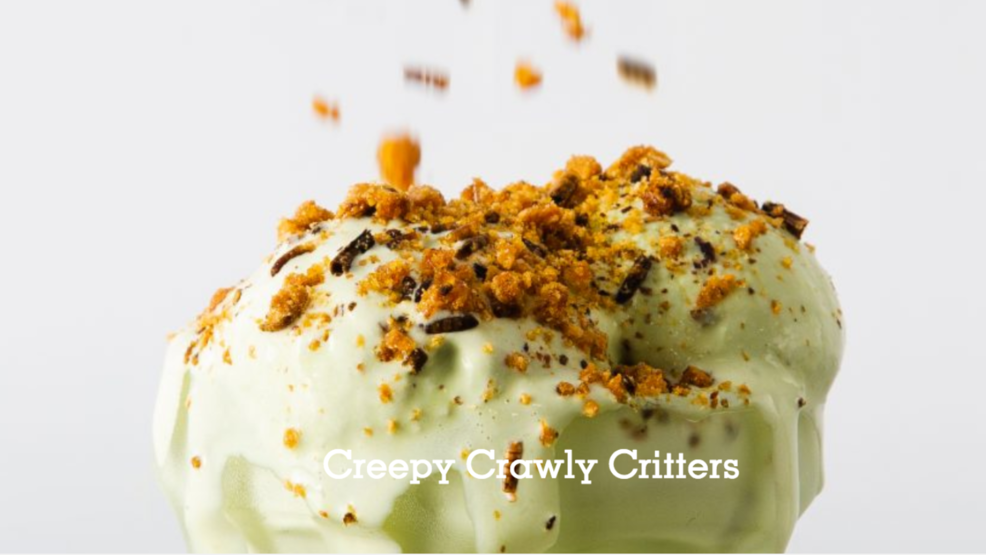 Edible insects and pig's blood? Usually I wouldn't go anywhere near those flavors, but since Salt & Straw is behind it - I have a feeling they're going to be tasty! The infamous ice cream shop has announced their new spooktacuar October menu, complete with seasonal flavors like...

Do you want some ice cream with your candy? That's what you'll be saying when you take a bite of this salted butterscotch ice cream, loaded with homemade Snickers, Twix chunks, Heath bars and peanut butter cups.

It's like a vegan pumpkin-spiced latte, in ice cream form! Pumpkin ice cream acts as the base for a treat loaded with psychocandy team from August Tea, coconut cream and candied pumpkin bits.

Ice cream sweetened with pork blood and chocolate? Only those truly daring will try this combo of spices, cream and pig's blood pudding from Portland's Nicky USA.

Light like Caspar himself, this sherbet is made with cream, vanilla and a hint of black cocoa.