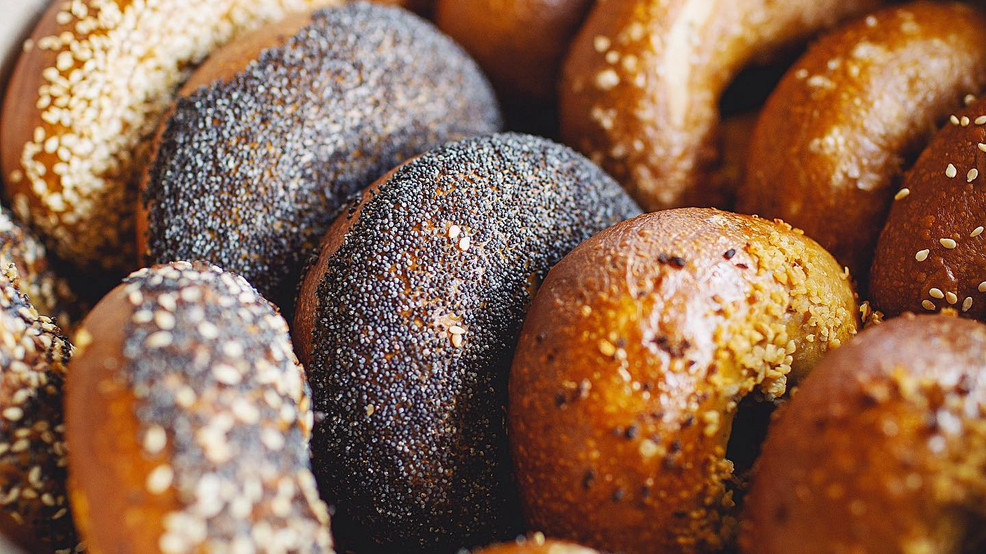 Seattle has waited a long time for bagels like Rubinstein's, now open in SLU

They say it's the water in New York that makes the best bagels, but that doesn't explain the excellent Rubinstein Bagels in South Lake Union. From sesame to everything, Andrew Rubinstein's chewy and slightly crisp bagels seem to be the answer that east coast transplants and locals alike have been waiting for in Seattle.

Rubinstein, owner and baker at the new and busy bagel shop (lately they have been selling out before noon), didn't originally set out to become the "neighborhood bageler," he said.

With a background in painting and a day job in sales and marketing, all he knew starting out was "I always wanted to be a host, and I wanted to do something with my hands," said Rubinstein, but bagels were always in the back of his mind. "I wanted to try to make something that people really love, that if they love it enough, they could maybe form a tribe over."

In the last four or so years, there has been a bagel renaissance in the region, as more restaurants have sought to address the lack of both good Jewish delis and bagels in the city. Despite having a sizable Jewish community in Seattle, the city lacked anything close to the likes of Russ and Daughters in New York or Canter's in Los Angeles. The main complaint was that bagels sold in Seattle were too soft, closer to resembling white sandwich bread in texture than a true, boiled bagel with a shiny crust.

Rubinstein had his own philosophy for the perfect bagel.

"Palettes have changed, and I wanted to reflect that with a depth of flavor in my bagel," he said.

His own unique recipe was developed over several years with a lot of trial and error and some family input, including a bread scientist cousin. He landed on his formula with the same approach he took to his painting.

"I did it in a way that I knew what I wanted and hoped people would like it," said Rubinstein.

His method includes the traditional boiling of the bagels before baking them on bagel boards and flipping them onto a stone hearth to finish.

Next was finding a retail space. After plans fell through on a location in Sammamish, Rubinstein wasn't sure how to proceed. Through freelance work with the Tilth Alliance, he met restaurateur Ethan Stowell, who, after trying his bagels, joined on as a partner to help build the business. In May 2019, Rubinstein's bagels, after three years of development, were finally in the wild — being produced through a ghost kitchen in Stowell's Cortina restaurant space downtown and sold through the Cortina Cafe. This model lasted until COVID-19 shifted his business to a robust delivery service — delivering bagels all across the city and Eastside.

Finally, after over a year of planning, his shop opened in the Via6 building downtown in December.

Rubinstein offers a dozen bagel flavors, various schmears (including black truffle-flavored) and duck fat matzo ball soup on the menu. Customers can watch him and his small team hand roll bagels through windows while they wait for their orders from just beyond the counter.

While he's steadily increasing production — making over 1,700 bagels on busy days — it is a good idea to swing by early or place an order in advance because lines can form. But frankly, Seattle has waited a while for bagels like these, so what're a few more minutes?