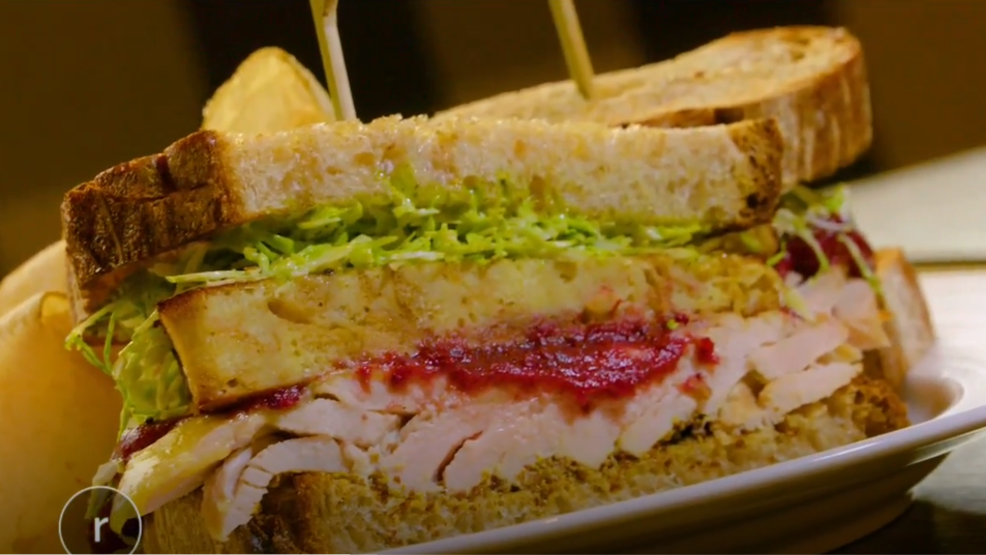 Rider's Thanksgiving Sandwich is definitely worth the food coma

At the base of Seattle's Hotel Theodore, just blocks from the Paramount Theatre, Rider gives folks a taste of the bounty of Washington state.

"Washington is so unique in the breadth and bounty of ingredients. It's really unlike any other place in the world," said Daniel Mallahan, Rider's Executive Chef. "It's unbelievable. I mean there's things here that are literally no where else."

Mallahan's menus focus on seasonal ingredients from small, local farms. It's an approach the Everett-native honed working in Michelin-starred restaurants in both San Francisco and Rome.

"I want people to come (to Rider) and be like 'wow, that was a real experience and I had ingredients manipulated and presented in a way I've never had before'. That's a direct result of being where we are. That's tied into the Pacific Northwest and Washington and having that be the experience," explained Mallahan.

Of course, sometimes the best eating experiences involve sinking your teeth into a classic dish made with a chef's touch. For instance, the turkey sandwich, a Thanksgiving staple done, in this case, the Rider way.

"We always ate really early (on Thanksgiving), at like 2 o'clock," recalled Mallahan. "So at 5 when everybody was playing poker and hanging out we would go raid the kitchen and make a turkey sandwich...So we're doing essentially that. A leftover turkey sandwich, but nothing is leftover obviously. It's all fresh."

It's best to think of this as a turkey sandwich on steroids.

Mallahan starts with two thick slices of freshly toasted bread, one smothered with herb horseradish aioli, the other with whole grain mustard. Next up, turkey breast, roasted in house, and covered with melted Wigwam Reserve cheese from Duvall's Cherry Valley Dairy. Then, Mallahan adds cranberry sauce, in this case a cranberry orange marmalade, and shaved brussel sprouts. If that wasn't enough, a slice of savory pain perdu, a French term for bread pudding, goes right in the center. The monstrous sandwich (it was literally the size of my head) is served alongside a heaping helping of housemade potato chips.

"You might not be able to go back to work after you eat it, but you can definitely just hang out and take a nap," said Mallahan with a laugh.

So is this sandwich worth the inevitable food coma?