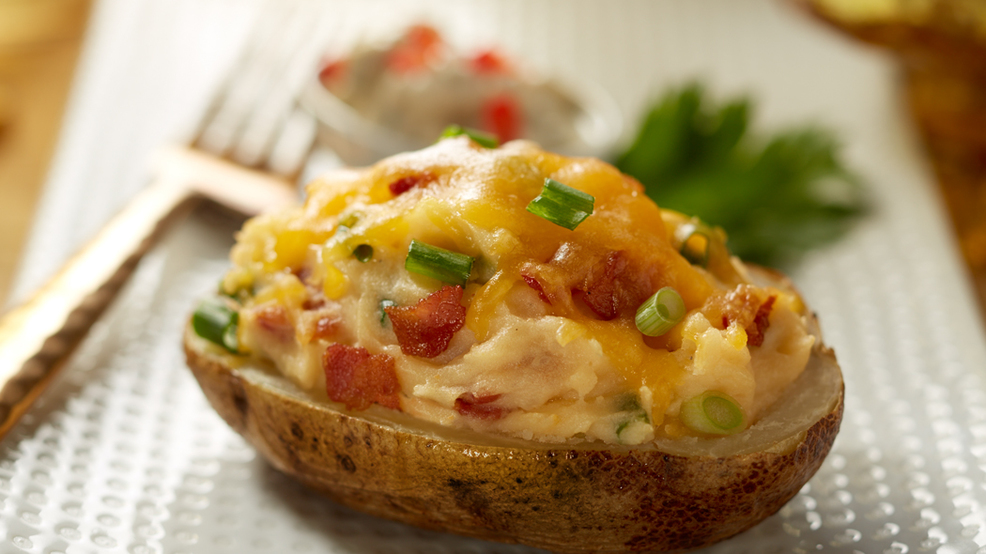 How often have you heard that carbs are bad for you? How many diets have you seen that focus around lowering your carb consumption? The word "carbohydrate" has developed a poor reputation because of the junk and comfort foods in the world. However, there are certain foods like potatoes that actually contain carbs your body needs and uses to perform at its best.

Carbs are not the enemy

A 5.3-ounce potato has 26 grams of carbs. Seeing that number of carbs might make you throw it back onto the shelf in disgust, especially because the recommended amount of carbs per day is 130 grams. However, carbs are the most important fuel for the brain, and they're necessary for both physical and mental performance.

The key is differentiating between simple carbs and complex carbs. Simple carbs are found in sugary foods and drinks like cookies and soda that don't provide a lot of nutritional value. Meanwhile, potatoes are a starch and are among the foods that contain complex carbs. These are loaded with nutrients and are digested slowly. This is important for weight loss as well as maintaining a well-balanced diet.

What's in a potato?

Starting at the top of the nutrition label, potatoes make a good first impression. One potato only contains 110 calories, so that certainly won't break the bank in terms of your daily target.

Potatoes are a well-rounded snack or side to a meal because of several key nutrients. You might be surprised to learn that you can find 30% of your daily value of vitamin C in just one potato. That might make you think differently about that heaping bowl of mashed potatoes on the Thanksgiving table (minus all the butter and other additives, of course).

One potato also contains more potassium than a medium-sized banana. A few grams of protein and fiber will keep you full longer too, so you won't need to reach for any extra calories in between meals.

Finally, potatoes pack in all the good while eliminating the bad. Potatoes don't contain any fat, sodium, or cholesterol, which in some cases, can cause high blood pressure and heart disease.

Try mixing potatoes into breakfast, lunch, dinner, or all three. The wide variety of spuds that are grown in Washington state are versatile and delicious enough to enjoy at any time of day.

You can watch and listen to Chef Niles during cooking demos on both days of the So Northwest Women's Show. She'll be cooking potato latkes with a caramelized onion and apple topping, and shepherd's pie. You won't want to miss these sessions!