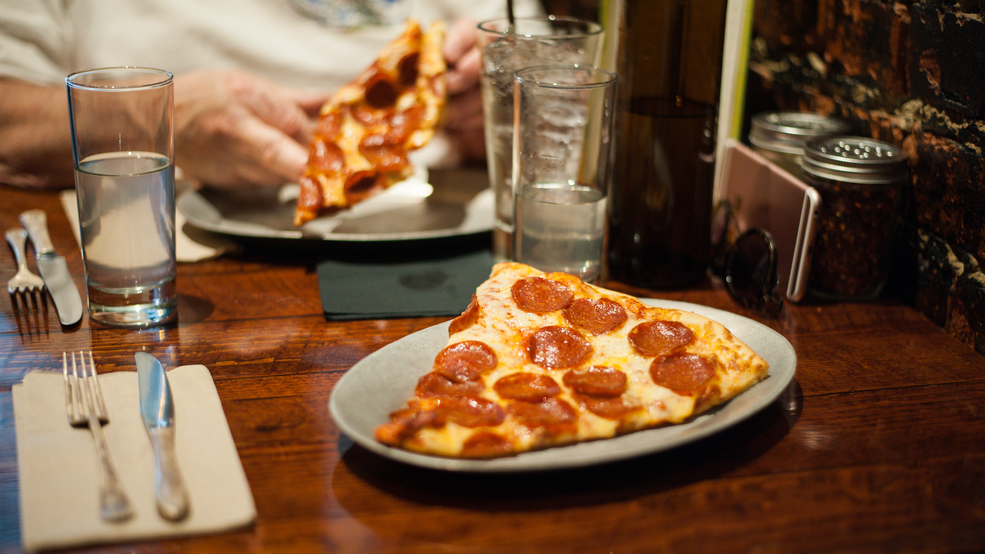 The best pizza in Seattle according to a New Yorker

There are a lot of opinions on what kind of pizza makes a good pizza. Is it deep dish or New York style? Thin crust or stuffed crust? The list goes on and on. But, there has always been one dominant style of pizza in my family thanks to the fact that my dad was brought up in Brooklyn. He insists that New York style pizza is the superior slice. So we decided to test out a handful of Seattle’s favorite pizza spots that served up slices of NY style pizza with a specific set of guidelines. Each place must have pizza available by the slice, a crispy thin crust perfect for folding (see photos), cheese that strings out when you pull away, and the right kind of cheese - none of that cheddar business.

We started the day on Capitol Hill where there were two popular options, Big Mario’s and Hot Mamas. So, we went to both. Hot Mamas had a crust that was on the thicker side, so it was not as easy to fold and didn't have the crispy crust we were looking for. The cheese didn't hit the mark either. While I stuck with pepperoni, my dad went with the combo; we finished the slice, as it's still a good pizza, and headed to the next destination.

Big Mario’s is a go-to post Neumos, or pre-Neumos as you race to catch the opening act. So what was the main takeaway from a slice at Big Mario's? It's all in their crust. It's, according to my dad, the most important part of the pizza, where the crust is thin enough to fold and crispy at the same time. Big Mario’s succeeded with their pizza.

Next, we wandered to Belltown Pizza. Before even biting into the slice of cheese pizza my dad said that this is a good crust. I asked him to explain what a good crust is and he said, "it's soft but as you get to the outer edge, it has to have that crunch so when you fold it has a snap." Overall Belltown Pizza became the definitive winner of the day. While not part of the criteria it has a really nice sauce, the right amount of cheese that strings out, and a snappy crunchy crust.

Rocco's was a last minute decision and was so close to Belltown Pizza we couldn't really walk past and not try a slice. Rocco's has a cool bar vibe with craft beer and cocktails and an offering of both classic and unique pizzas. My dad mentioned that this is the first pizza with the perfect melted, stringy cheese that pulls away with each bite and that they were very generous with the pepperoni. We also watched as they hand tossed the crust that turned out to be soft but with just enough crunch to have a bit of a snap when folded.

Ballard Pizza Company didn’t open until 4 PM, making it our last stop on a full day of pizza eating. This one my dad said had the best cheese of the day and like Rocco's, the melty cheese strung out perfectly.

All and all these five places offer up good options for a quick slice (or enjoy a whole pie) of New York Style pizza in Seattle.