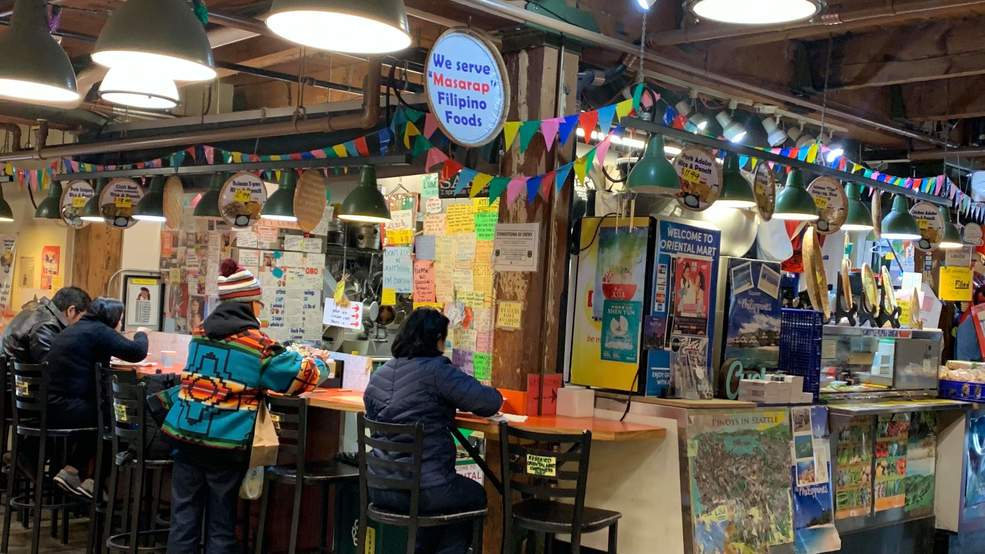 Congratulations of the highest order are due to Pike Place Market's Oriental Mart as they just were named an America's Classics by the James Beard Foundation. That's right 'the Oscars of Food' just gave Oriental Mart one of the highest honors to a restaurant in this country, and we couldn't be more thrilled for them.

Growing up in Seattle, Oriental Mart was always a part of my life. As a son of Filipino immigrants, I knew of this counter spot serving up tastes of home for my mom and dad.

I noticed how their adobo was just different enough from my mom's to keep it interesting. How they were so unbelievably welcoming and friendly, serving up comforting food. How for many in the Filipino food community of Seattle, the Oriental Mart and the Apostol family that runs it are the matriarchs to many of us.

Oriental Mart can now join a short list of Pacific Northwest eateries that have received the honor of this award. They include Los Hernandez (most recently awarded in 2018), Emmett Watson's Oyster Bar (a Pike Place Market neighbor), Maneki, and Ray's Boathouse. The America's Classics Award is bestowed to locally-owned restaurants that, according to the James Beard Foundation 'have timeless appeal and are beloved regionally for quality food that reflects the character of its community.'

Do yourself a favor and head down to Pike Place Market and grab some food and sit at one of the counter spots to take in the hospitality of one of the most important restaurants to Seattle. I'd recommend the sinigang with salmon collars (provided to the Oriental Mart by the Pike Place Fish Guys) and get some extra rice with it. Masarap!