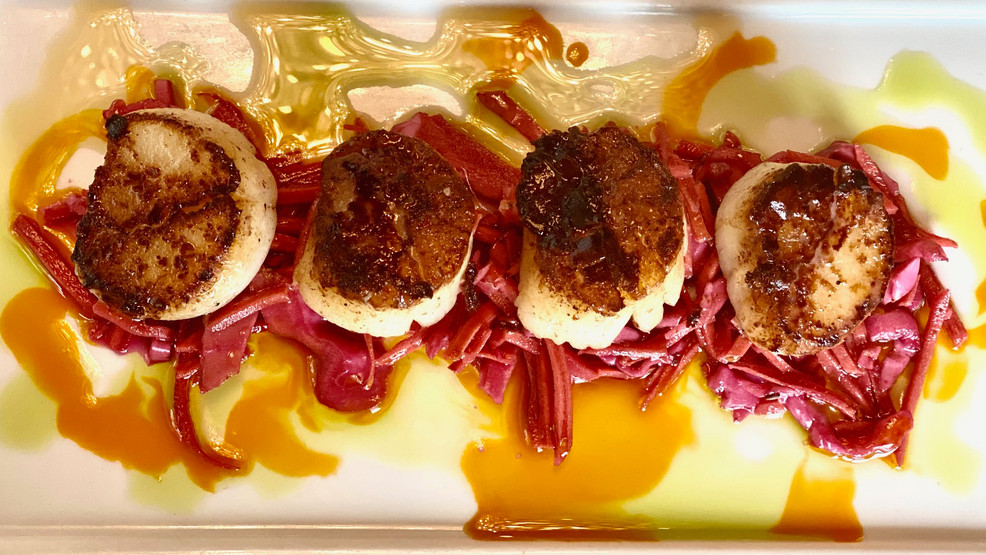 Phoenecia brings the flavors of Lebanon to West Seattle

Like many cultures around the world, food is a symbolic reflection of society and family life. In Lebanon, food is prominently at the center of daily interactions, where there are few thing more important than sharing a meal with friends and family. This delicious cuisine has evolved over the years, while maintaining its kinship with the ancient Levantine cuisine of the Middle East with its use of spices and flavors.

Phoenecia West Seattle puts Lebanese food in the spotlight and elevates this fresh, healthy cuisine to a new level of culinary artistry. Sisters Sonya and Nadia Khazaal, along with their mother, Inaam, have taken their father’s legacy of serving extraordinary Lebanese-inspired cuisine and re-opened in their new location in the Junction.

“We grew up in the restaurant business,” said Sonya. “ In fact, my mom was pregnant with me when the first restaurant opened. We grew up knowing food, loving food, and completely understanding how much joy food and gathering together can bring to people.”

When their father Hussein Khazaal passed away in 2009, Sonya and her family thought it was the end of Phoenecia. Their dad had opened the doors to the restaurant in 1975 in West Seattle and it quickly became a local favorite. Hussein became well-known for his passion for food and community and was always willing to “make something special just for you.”

“When the doors shut instantly overnight [after his passing in 2009], we started receiving these letters from people,” she said. “We could not believe the impact that the family and the restaurant had on peoples' lives as a gathering space. I guess we never really reflected on it until these letters came in. So, my mom said to us, ‘Let's just open the doors and let people mourn, and gather and pay their respects. We can decide later if we want to close. Let's just open for two months before we sell.’”

Those two months turned into 40 years, and today Hussein’s daughters have moved the restaurant from Alki back to the Junction where they honor his legacy and passion for great food and gracious hospitality. However, it couldn’t have happened without lots of work and fortitude on their part.

“We knew what good food was supposed to taste like, but we had zero recipes on-hand, because my dad was the type of restaurateur that would cook and just go to peoples' tables, take their menus away, and just create from his heart,” said Sonya. ‘So, when it came time to reopen, my family and I all gathered and concluded that we would also cook from our hearts and recreate the menu with our taste buds.”

Sonya and Nadia also visited Lebanon for the first time with their mother to gain inspiration and meaning in their decision to follow in their father’s culinary footsteps.

“When we experienced Lebanon, it was so powerful, and it finally all clicked,” said Sonya. “The love that you feel in that country is incredible, and the food is like no other. But also, there was so much glamour there. We were inspired by every chandelier we saw as we walked the streets of Beirut. Even the local barbershop would be just decked out in these gorgeous chandeliers that were Parisian influenced.”

Sonya and Nadia recreated this feeling of love and glamour in Phoencia’s new West Seattle location. The space they created is a reflection of how they experienced the history and culture of Lebanon, fused with their father’s influence of loving their customers like family. Their mom is now retired, but can be found at the restaurant almost every evening, bringing in herbs from her garden and mingling with customers.

Suggested dishes are the Trio of Spreads, including hummus, a to-die-for baba ghanoush, and labneh served with warm pita. Lamb lovers will enjoy the Lamb Chop Lollipops, grilled with fresh rosemary and hot melted garlic butter. The Fiery Sea Scallops are divine and pan seared with EVOO and red chili oil, and the Manilla clams are steamed with garlic, herbs, white wine and a touch of red sauce. Don’t forget your greens and order the Kale Salad with spiced garbanzo beans and Mama Lil peppers, or the delicious wood-fired pizzas. The Fig and Pancetta is Lebanese-Italian infused perfection and made with chunks of fig and dried pancetta paired with caramelized onion, goat cheese, mozzarella and EVOO. For dessert, Mom’s Baklava is exceeded in flavor only by the rose ice cream that comes served on the side.

We can’t forget the gorgeous and sexy cocktails. Try the Empress made with Empress gin, dry vermouth, lemon, honey, lavender, and aquafaba, or the Buri Royale made with Grapefruit gin, Aperol, lemon, mint, rosewater, and sparkling rosé. If you want to get smashed, just go straight for the Mediterranean Martini, made with house-infused Mediterranean gin and dry vermouth, garnished with rosemary and a Kalamata olive.

Don’t miss experiencing this delicious, ancient cuisine and the love that is infused into every bite. Nadia, Sonya, and their mother Inaam, will welcome you in to appreciate the warm atmosphere and elegant surroundings while your meal is prepared with care and authenticity.

“Phoenecia is more to us than just a restaurant,” said Sonya. ‘It's community, it's family, it’s fun. In this world we're currently living in, where we're watching restaurants come and go and trying to support them, it is heartwarming to see the community support and love that people are giving us and the family.”

While some of the products, services, and/or accommodations in this post were provided without charge, all of the opinions within are those of the author and the Seattle Refined editorial board. Looking to support other diverse local businesses like Phoenecia? Seattle Refined is proud to collaborate with Intentionalist, an online guide that makes it easier for you to find and connect with diverse local businesses owned by women, people of color, veterans, members of the LGBTQ community, and people with disabilities.