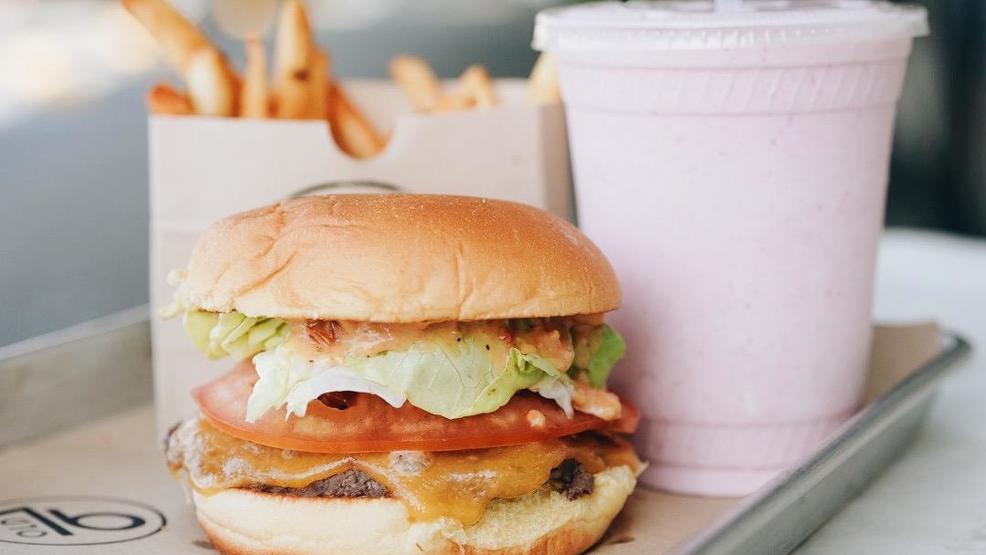 Local Vegan. Thanks to Local 360, a new vegan only restaurant will open in the same building as 360 with a tasting menu that will feature seven plant based courses. According to Eater Seattle, "Items include wild mushroom mousse, oven roasted carrots with a vegetable demi glace, and almond cheese macarons with Tonnemaker Family Orchard apricot compote."

Aloha Cup Bap. Hawaiian Poke is quickly becoming a fan favorite in the PNW. With multiple poke stores opening in the Federal Way area and Seattle, its no surprise that Aloha Cup Bap will opened it second eatery on Broadway. With its first one in Capitol Hill, Poke is a Hawaiian dish of cubes of fish marinated in sauce.

Local Tide. The tides coming in in Fremont, and it's bringing a seafood restaurant with it. The eatery plans to open sometime in late 2019 and according to myballard.com, will offer, " Sockeye Salmon Sandwich, Seafood Cake Banh Mi, Prawn Toast, and Dungeness Crab Roll."

Hui Lau Shan. Get ready for these Chinese based desserts coming to the Redmond area that will include mango sago bowls, mango pancakes, durian glutinous rice, and red dragon fruit slushies.

Santo Coffee Co. Paying tribute to his native home of Colombia, former Seattle Sounders player Fredy Montero and his wife Alexis opened up this cafe that offers Colombian coffee and a signature "panela latte" with orange essence and Colombian sugar. According to the stranger, the cafe will also offer, "Tea from Miro Tea and pastries from Sémillon Bakery and Cafe."

The Barques Brontes Bakery Cafe. Pike Place will serve as another home for a cafe as Barques Brontes opened up August 24th. This place is beautifully designed, serving specialty coffee and pastries made in house. Its designed with a nautical feel, located in a cozy part of the Market.

Eight Row. This new bar from veteran chef David Nichols pays homage to his childhood home in Wenatchee by bringing the Seattle area various tree fruit seasons off the menu and a cuisine that he describes as Pan American. “At the very core of American cuisine is the mingling of imported traditions, habits, and flavors and weaving it into something new," said Nichols. "It will look different in different places and at different times.” Eight Row will also offer a weekend brunch service

Steepologie Teas. As if four wasn't already enough, this teas stand will open a fifth location in the Fremont area. Steepologie offers the widest and freshest selection of loose leaf teas in the world. The brand offers high quality, fresh loose leaf tea and a range of teaware all at affordable prices. Since opening its first stores in 2016, it has opened stores in downtown Seattle, Honolulu, Tukwila and Lynnwood.

The San Juan Seltzery Taproom, Kitchen & Bar. SoDo will play home to a new Ethan Stowell Restaurants that will focus on shellfish and include items like Cod and Chips, Dungeness Crab Cakes, Steamed Clams, Fried Oysters, Oysters on the Half Shell, Moules Fries, and San Juan Clam Chowder. There will also be options like a SoDo Burger, Hanger Steak Salad, Cobb Salad, and Caesar Salad. Not to mention a bar that will serve an all-natural spiked seltzers that are gluten free.

Sizzle Pie. The sizzle for this pizzeria is no more as the restaurant will be closing its doors permanently August 31. Official statement from Sizzle Pie is that the continued rising overhead and operating cost in the city forced them to the decision to close. Luckily, Sizzle Pie does operate in three other locations in Portland, Eugene and Reno.

Poppy. After 11 years of service, the highly popular Jerry Traunfeld run restaurant will be closing its doors. According to Eater Seattle, "Poppy drew raves and delighted customers on Broadway with Northwest ingredients weaved into Indian cuisine, including Tandoori chicken with cilantro slaw and paneer with maitake mushrooms, all bolstered by marvelous soups, spices, vegetables, and naan."

Tula’s Restaurant & Jazz Club. Seattleites will have to find another place to eat and listen to jazz music as Tula's will shut down. The club's liquor and business license expires at the end of September and the cost of renewing my be too much for Tula's. So far, no plans have emerged for re-location.

Silence Heart Nest. Opening in 1986, this meat-free restaurant will close after 33 years of service. Serving up excellent vegetarian breakfast and brunch dishes like sesame pancakes, tofu migas, and soy bacon BLTs, the eatery has been a fan favorite amongst vegetarians .

Ludi. An icon in the downtown area, the restaurant will have to shutdown due to an in-house fire that caused damages throughout the eatery. According to Eater Seattle, owner Gregorio Rosas is trying to find a new place to relocate, with no luck. “If there’s a chance we can move to another location, I’ll go for it, as long as it’s still affordable,” said Rosas.

Hi-Life. After 15 years, the 1911 firehouse restaurant has announced they’ll be closing, with plans to reopen as an Italian restaurant. According to Peter Levy of Chow Foods from myballard.com, the new restaurant will turned into an Italian eatery serving up pizza and pasta, that will also feature a puppetry show. The name of the restaurant will be named Valentinetti’s.