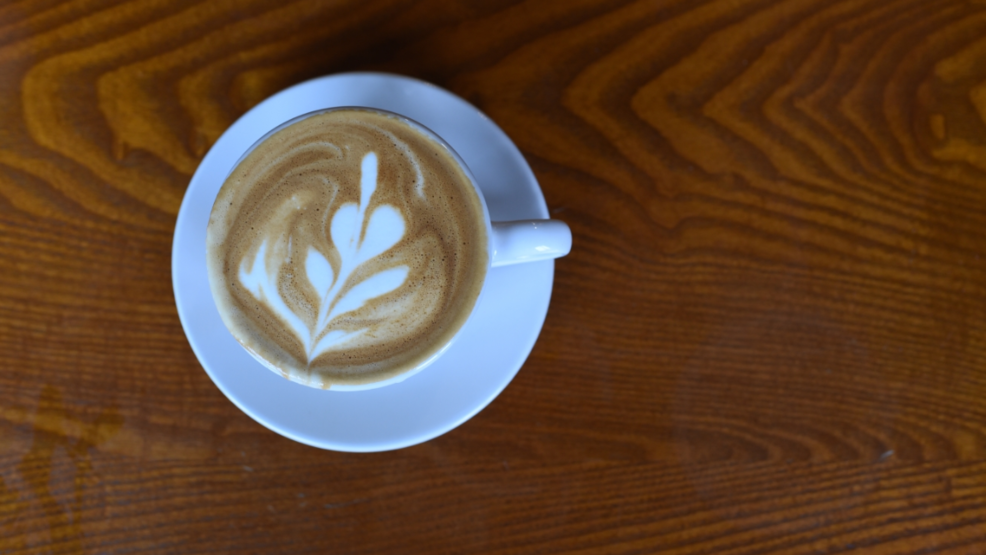 This Cap Hill coffee gem is has opened another location at 3rd and Pine inside the Macy's building. The new cafe serves up espresso drinks, pastries and sandwiches (Image: Rebecca Mongrain / Seattle Refined).
SEE MORE

Southside Pizza. This pizza joint just opened their doors in White Center and will serve up whole pizzas and pizza by the slice with hybrid Jersey-Sourdough crust, appetizers, salads and pastas.

Sawyer. Mitch Mayers, former chef at Lark and two-time Cochon 555 winner will open his first Seattle restaurant, Sawyer! The restaurant and bar opened August 1st at the corner of 22nd Avenue and Shilshole Avenue in Ballard. The menu will have unique dishes, a curated wine list, an extensive beer menu, classic cocktails and fun signature drinks.

Cactus. This Seattle Tex-Mex restaurant is moving down south! The co-owners decided to open a new location in Tacoma reports the News Tribune. It won't be for a while, they don't anticipate the restaurant being ready before spring 2019.

Rhein Haus. This Bavarian-style bar located in Capitol Hill, Tacoma and Denver is opening another location in Leavenworth! The menu will include German inspired snacks and beer and the location will have a massive patio and a double-decker dining hall.

Ascend Prime Steak & Sushi. This Bellevue steak and sushi joint opened up and features a wood-fired grill and a robust sushi bar on the 31st floor of Bellevue's Lincoln South Tower.

Department Bento. Tom Douglas is back in action and this time it's on the Eastside. According to Eater, Department Bento opened their doors in Bellevue's Nordstrom back in June. It's Douglas' first move to the Eastside and is replacing the former Nordstrom Grill. The menu caters to Japanese bento boxes.

Barrels. This Mercer Island wine bar has about 50 wines that you can order by the glass with Northwest craft beers on tap. For snacks they will also have smoked seafood, cheeses, charcuterie and other small plates reports The Seattle Times.

Cépaé Tasting Room. Another wine bar on the Eastside, Cépaé Tasting Room has about 120 wines offered by the glass which leans heavily on French and European wines. For food, think French pastries, quiches, croque monsieur and baguettes from La Parisienne, reports The Seattle Times.

Hopheads Taproom. In a field of grapes and wine, Hopheads Taproom is a beer lovers paradise in Woodinville. There are 24 beers on taps that focus heavily on craft beers. According to the Seattle Times, their craft beers range from West Coast as well as trendy sours and New England style IPAS. You can also find some ciders and wine on tap.

Central Smoke. Central District's Seven Beef has been renovated and re-opened as "Central Smoke." The rebranding has brought forward a new menu that focuses on smoke-infused cocktails and smoked meats like tea-smoked duck, smoked brisket and cured sausages reports The Stranger.

Birch. This South Lake Union restaurant is totally focused on quality over quantity. Only open two days a week, Birch's menu is a prix fixe or chef's choice tasting menu that is centered around seasonal Northwest ingredients reports Eater. Diners can choose between either a three-course prix fixe menu for $50 that includes choices for antipasto, primo and secondo courses. For the second option, a seven course chef's tasting menu for $70.

Victrola Coffee Roasters. This Cap Hill coffee gem is has opened another location at 3rd and Pine inside the Macy's building. The new cafe serves up espresso drinks, pastries and sandwiches reports Eater.

Cocina Oaxaca. This Greenlake sister restaurant of Cap Hill's La Cocina Oaxaqueña replaced Mio Sushi which closed down a few months ago. According to Eater, the Yelp reviews have praised the restaurant's shrimp tacos and fajitas.

Dandylion. This Queen Anne gem is serving up Mediterranean tapas and cocktails that also includes a private event space and speakeasy bar called the Den, reports Eater. The new restaurant source's local produce and will change the menu seasonally but for now they are serving up meatball with chimichurri sauce, chorizo with yogurt and potato chips and squid with potato herb puree and safron oil.

Kin Dee. Here's anotha one coming to ya from our friends over at Eater! Kin Dee is a new Thai place that serve up the standards like Pad Thai and panang curry with a bunch of street food dishes as well. Other Yelp fave dishes include hot basil with chicken, pumpkin curry and tom yum soup.

Marseille. This new wine bar and bottle shop just opened in the Melrose Market on Cap Hill. The focus is on trendy natural wines. They are also opened for lunch, brunch and dinner, reports Eater.

Asadero. This popular Seattle steakhouse has moved down south to a bigger location in Kent. The menu will remain pretty much the same but will have some new additions like prime carnita con chile, vacio Akaushi and bone marrow gorditos, reports Eater.

Radici. This Pioneer Square Southern Italian place closed its doors back in June. According to Eater, Radici has been operating in Pioneer Square for five years but struggled financially. The owner, Rudy Lavalle will continue selling the Rudy's sauce to fans even after its closure.