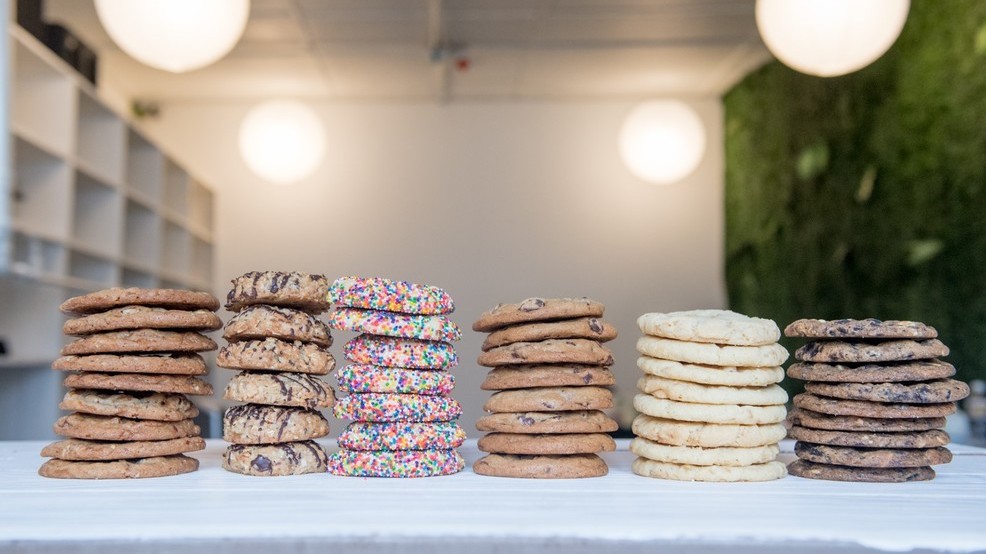 Bar Taglio. If you're looking for Roman style pizza, then look no further than The Exchange, one of downtown Seattle's historic buildings. There you will find the brand new pizzeria Bar Taglio, opening in late summer by Chef Brendan McGill. No stranger to running a restaurant, Gill says the Roman style-bar will offer "antipasti, salami and cheese boards, meatballs, and salads." Pizza will be sold “by the cut” and range from $5 to $8 for a large square slice.

Haymaker. Seattle local Chef Brian Clevenger will open his fifth restaurant in late July when Haymaker opens its door in West Seattle. Clevenger already has four related Italian style restaurants, so Haymaker will focus on American fare. The restaurant will also offer a brunch service on the weekends and a hand-crafted signature cocktails. According to Eater, this will be the largest restaurant to date for Clevenger.

Pagliacci Pizza. Already an award-winning eatery and a Seattle favorite, Pagliacci will open yet another pizzeria this Fall. The building, located on Pike Street between Crawford and Summit, already served as the Pagliacci headquarters, but remodeling of the store has brought new features such as seating, beer and wine, a slice bar, delivery, a state-of-the-art training facility and a pizza testing kitchen.

Pike Street between Crawford and Summit

Cortina Cafe. Need a quick bite to eat or a coffee but the line is too long at Starbucks? You might try the new Cortina Cafe located on the second floor lobby in Two Union Square. According to the stranger, the Italian style cafe will provide coffee and espresso from Caffe Vita, nitro cold brew on tap, fresh squeezed orange juice, Mystic Kombucha on tap, fresh grab-and-go salads and sandwiches.

Cobb's Popcorn. Thanks to this store, popcorn isn't just for movies and carnivals. Whether you're in the mood for white truffle and Oreo or caramel and white cheddar, Cobb's Popcorn is focused on bringing this city handmade gourmet popcorn. Owned by Seattle native himself, Erin Cobb built the store from the ground up which will rotate 4 flavors a day from an array of over 100 flavors. Cobb Popcorn is open everyday except Tuesday's and Wednesday's.

Verve Coffee Roasters. Known for it's monthly changing of breweries, La Marzocco Cafe will feature Santa Cruz based Verve Coffee Roasters from July 9 to August 12. Verve will bring its seasonal selection of Honduran, Colombian, Ethiopian coffee blends, and their Nitro Flash Brew to the streets of Seattle.

Gourmondo Co. There can never be enough cafes in Seattle, so owner and founder of Gourmondo Co, Alissa Leinonen, plans to add to that list. The cafe menu will feature pressed sandwiches, rotating salads, seasonal entrees, and a large happy hour menu for enjoying inside or taking to go. On the beverage side, they offer energy drinks, health drinks, canned cold brew, green tea drinks, and sparkling waters, beer, hard ciders, and wine. The cafe, according to Leinonen, will be a "A combination of gourmet grab and go, full-service coffee house, unique micro-market with a robust line-up of local and artisan products, a combination of classic cafe seating with comfortable lounge areas."

Del Taco. Opening up his third location in Washington, multi-owner Mark Miller will bring a second Del Taco restaurant to the Seattle area. According to franchising.com, Miller says “For months, people in Seattle have been anticipating this Del Taco opening". Del Taco is known for its "unique variety of both Mexican and American favorites, such as tacos, burritos, burgers and fries, prepared fresh daily in the restaurant".

Lowrider Baking Company. Now here's a store the Cookie Monster would love! They're all about cookies at this bakery, which opened up back in May. According to Capitol Hill Seattle Blog, the shop will "mostly function as a production space and take-out counter". "There won’t be any seats. Everything will be to go, including the coffee, cold brew, and chocolate milk plus multiple Full Tilt ice cream flavors," said Emily Allport, owner and founder of Lowrider.

IL Nido. The new pasta joint by award-nominated chef Mike Easton will open up at the Alki Homestead in Alki. According to the Eater and Easton, "there will be seating for 64 people inside (with additional seating for 20 in a new outdoor patio".

Musang. From pop-up to restaurant, the Filipino style food eatery has found a home in Beacon Hill thanks to owner Melissa Miranda's efforts. Formerly the Travelers Thali House, Musang will take up residences there with renovations, according to the Seattle Met, lasting until the fall season.

Cheng Du Taste. The Chinatown-International District is getting a little bit bigger with the addition of a new restaurant. The Cheng Du Taste is a popular Sichuan restaurant originating from Los Angeles with a menu that Eater reports, “The cold spring onion chicken in pepper sauce is as silky as the best Hainan chicken, imparting that familiar citrusy-grassy numb taste that deepens with each bite.”

BUDDHAzen. The Bellevue area will get even more boujee with the addition of a 11,000 square foot space, indoor/outdoor, DJ booth, Asian style restaurant and bar. BUDDHAzen will also include a wine tasting room and lounge area. The restaurant will reside at the Avenue Bellevue were guest can enjoy dining and the nightlife of the place, which is expected to be open for operation in 2021.

Caffe Ladro. The 2+U Urban Village family will get a new member in 2020 when Caffe Ladro opens up for business. The full service coffee bar will serve locally-roasted, specialty coffee with fair trade, organic and micro-lot options, along with signature drinks like the Medici (mocha latte with orange zest) and Shakerato (espresso shaken over ice with turbinado sugar). Ladro will also offer craft pastries from its Queen Anne bakery, as well as high quality coffee related merchandise.

2+U Urban Village in Downtown Seattle

Travelers Thali House. Known for its vegetable-filled thali platters, this vegetarian restaurant closed its doors in June with its homestead being replaced by Musang. When it was open, Travelers, according to Eater , received high praise from the Seattle Met and Seattle Times for its asparagus tarkari and samosas and the Times calling it “the most interesting vegetarian fare going in Seattle.”

Girin. According to Eater, The Korean steakhouse as shut its doors to make way for a new Japanese sushi restaurant and grill, which is projected to open in mid-June.

Tango Restaurant and Lounge. Its restaurant will close, but its dessert will live on. Tango will close its doors but it's fan-favorite El Diablo dessert will stick around and be served at sister restaurants. According to owner Travis Rosenthal and Eater, the reason for closing was that “sales were starting to go down and costs were continuing to go up.”

Little Uncle. The end is near, but not quite yet. The Thai styled restaurant has been put up for sale by the owners, but with no potential buyers yet, Little Uncle will remain open for the time being and continue to serve their their dungeness fried rice and pad thai until further notice. According to the Seattle Met and the couple on the reason to sale, they decided, "to move on to do other things with our lives".

Pecado Bueno. They may be closing a location, but they still have three more location to enjoy their menu. With their West Seattle location closing, Pecado Bueno will still be serving taqueria style food, seafood, hormone-free, organic-fed chicken, beef, pork, and eggs in their Redmond, Fremont and Eastlake centers.

Poppy. After 11 years, Poppy’s last day of service will be Sunday, August 4th. Its being sold to Nathan and Rebecca Lockwood, the owners of Altura. The celebrated restaurant from Jerry Traunfeld, an award winning Seattle-base chef, is known for being the "springboard" for other famous chefs in the area and its "seasonal cuisine, highlighting herbs from its extensive urban herb garden and spices from around the globe".